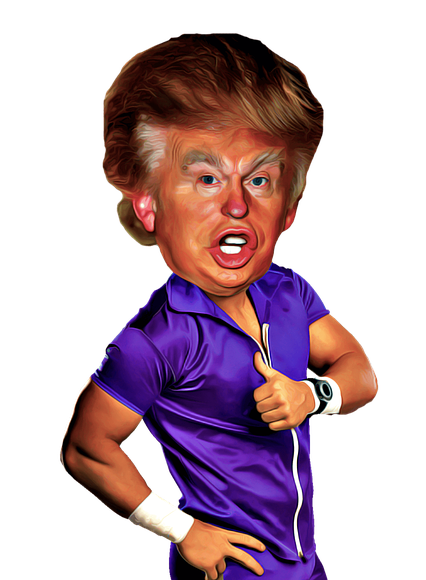 Don Jr: The Comedy Stylings Of My Comic Genius Dad

Recently, Donald Trump, Jr. posted two pictures on his Instagram feed. The first showed Joe Biden with the words “See you later, alligator!” written over it. Below was a picture of an alligator with these words: “After a while pedophile.”

The mainstream media, as usual, didn’t get the joke. Used to borscht belt humor, the media fail to appreciate Don Jr.’s understated humor, even after he explained that “the 3 rolling-on-the-floor-laughing emojis in the caption should indicate to anyone with a scintilla of common sense that I’m joking around.”

The Trump family humor springs from the subtle, ironic German Meister aufstehen (Master of Stand Up) tradition of Kant, Hegel and Schopenhauer. For decades, Donald Sr. kept friends in stitches with his “drink Lysol and cram a UA lightbulb up your rectum” routine. Tongue in cheek, with a pompous Prussian accent, he would hilariously insist that this bizarre combination would assure good health while warding off Vampires.

Growing up in the Trump household was laugh a minute. The President’s heavily accented Sgt. Schultz imitation, “I know nothing! I take no responsibility at all” was a daily side-splitter. “Dad used to do tin foil hat routines that made Mel Brooks look restrained,” Donald, Jr. recalls. “Vince Foster’s suicide, birtherism, childhood vaccines cause autism. It was hilarious. He would always try to top his last conspiracy with one more implausible and outrageous–Windmills cause cancer, asbestos is a great con, Muslims in New Jersey were cheering after 9/11. The laughter at home never ceased.”

Trump so enjoys this whimsy that he is working up an even more elaborate put on. “This will the most preposterous put on ever,” he says, unable to suppress his giggling. “I will call it Obamagate.”

“I will maintain it is the biggest political crime in American history, by far! Someone is sure to ask what are the crimes in Obamagate?”

“I will answer, ‘You know what the crime is. The crime is very obvious to everybody.  All you have to do is read the newspapers.’ I can do this with a straight face,” Trump said as he began to laugh uncontrollably.

Steve Clifford
Steve Clifford, the former CEO of KING Broadcasting, has written humor for Crosscut.com and the Huffington Post. He is the author of "The CEO Pay Machine."
Previous article
A Suddenly-Endangered Convention Center Project: Time to Rethink Seattle Tourism?
Next article
Remembering Lynn Shelton, Storyteller