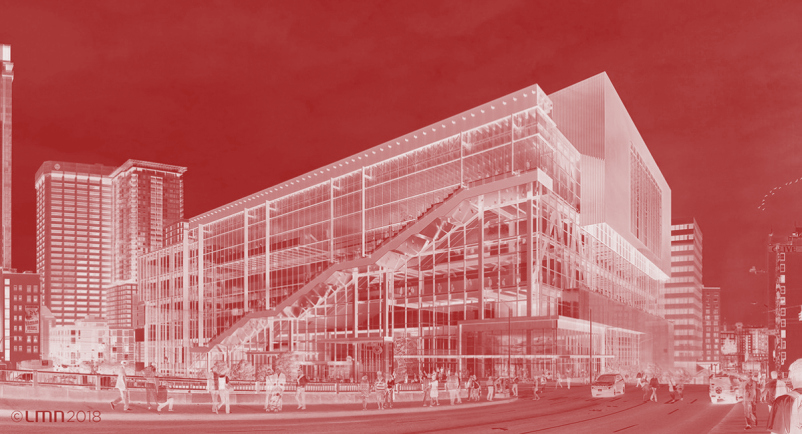 Seattle has long been ambivalent about tourism. Now, with the state Convention Center’s $1.8 billion expansion in financial trouble, we are learning how very dependent on tourism we have become, almost inadvertently. “The visitor industry is the core of our regional economy, with the Convention Center at its heart,” King County Executive Dow Constantine declared at a press conference last week.

How did that happen? Is this wise? Can the pandemic produce a glide path to a kinder, gentler tourism? And has anybody got a better idea for how to use the Convention Center expansion, now one-third constructed?

As you may have noticed, tourism has become a powerful lobby in Seattle: hotels, restaurants, event planners, visitor attractions, downtown retail, airlines, orcas, sports. It’s not likely, with this much clout, that the convention center expansion will be left as a bombed-out Coventry Cathedral. We just discovered that the expansion needs to sell another $300 million in bonds to finish the job (planned to open mid-2022), at a time when buying such bonds is not ideal. So there will be a raid on federal troughs and, more likely, a hit on local taxpayers and lodging taxes. Former Mayor Mike McGinn, a convention center skeptic, called for “a hard look” at these “too-big-to-fail” megaprojects. Likely there will be a squishy-hard look at tourism’s capture of the regional economy. But this big horse is out of the barn.

Partly because of all the doubts about convention centers and tourism, the visitor industry has had to sneak into town and seize odd opportunities. The state still is reluctant to fund tourism promotion. But Topsy is what we suddenly have grown.

The local case against tourism is long-standing and cogent. The weather provides a short season each summer. Hotel rooms languish in the winter and are hard to find in the summer. Other cities have way bigger convention centers and a big head start. With the new $1.8 billion expansion, Seattle’s will have about 1.5 million square feet, spread over three buildings; giants like Chicago, Orlando, and Atlanta have 9, 7, and 4 million square feet respectively.)

The employment in tourism is low-pay and seasonal (meaning lots of unemployment insurance). Tourism can bring too much of a good thing, such as the throngs at the Pike Place Market when a cruise ship is in town. Tourist ghettos drive up prices and drive out local places. Turning to tourism is normally a last-gasp cure for cities with economic woes, not humming economies like Seattle’s.

So how, aside from various Boeing Busts, did tourism take such root in this city? First was the suburbanization of downtown retail. Upscale shoppers fled downtown and developers filled up the anchor stores with tourist shoppers. Second was the change in federal laws that enabled cruise ships serving Alaska to use Seattle as a port of embarkation.

Third was the growing clout of hotels. It used to be that Seattle couldn’t attract the convention business because it had too few hotel rooms. Hotels were reluctant to expand because of those long rainy winters. And so, about 40 years ago, hotels and retailers pushed for a convention center, funded by lodging taxes (currently 9% in Seattle, 2.8% in the rest of the county). It was all part of Seattle’s quest to be Major League. The late start also meant we were entering a national market where there are too many other convention centers carving up the business. (And now, thanks to the coronavirus, WAY too many for the market.)

But where to build the convention center? Typically, these are built on cheap land, such as over railyards. It came down to — a tough call largely made by civic icon Jim Ellis — the Seattle Center (east of the fountain) or snug up against the downtown Sheraton Hotel. (Guess who won?) However, the dubious Sheraton-adjacent winner alongside I-5, is on a small site, incorporating the landmarked old Eagles Auditorium (now ACT Theatre) and an expensive lid over I-5. The site was expanded across the block to the north in 2001.

We are now building the third expansion, a full block to the northeast and over the old Metro bus lot. This is an odd way to build a convention center — shoehorned into the city, split in three, not really big. That said, there are some advantages. It is close to hotels, restaurants and bars. The first phase (opened in 1988) fronts on the attractive Jim Ellis Freeway Park. And the tripartite nature means you can open a mid-sized convention right as another one is closing, rather than wasting days on move-in and move-out downtime.

As a result of all these incremental steps, tourism is now wagging the dog of Seattle’s downtown. Many of our supposedly civic projects are more properly described as tourist-draws: the central Waterfront Park, with its keystone connection of the Aquarium and the Pike Place Market; the downtown streetcar connector, linking Pioneer Square with the retail core; possibly a third cruise ship terminal wedged into Pier 46 just south of the ferry terminal; the reworking of Seattle Center as a sports venue.

Which leads to the question of how we can tame this beast, and (if it comes to this) what might be a better use of the convention center 3, now one-third built and facing a serious financing problem. Some ideas are floating around for adaptive re-use of what’s called The Summit (CC-III). Use the kitchens to feed the poor. A vaccine factory. A transit hub for buses and light rail. A downtown high school. Housing. A hive for nonprofits, including galleries and theaters. New home for KCTS/Crosscut. Innovation labs.

Just the listing of such more resident-friendly uses prompts thoughts of what it might be like — as rental rates go down, tourism ebbs, foreign investors cool — and the quirky old Seattle shuffles back out of its hibernation to reclaim the city. Just sayin’.

David Brewster
David Brewster, a founding member of Post Alley, has a long career in publishing, having founded Seattle Weekly, Sasquatch Books, and Crosscut.com. His civic ventures have been Town Hall Seattle and FolioSeattle.
Previous article
Remembering Re-bar: A Home for Tolerant Oddballs
Next article
Don Jr: The Comedy Stylings Of My Comic Genius Dad