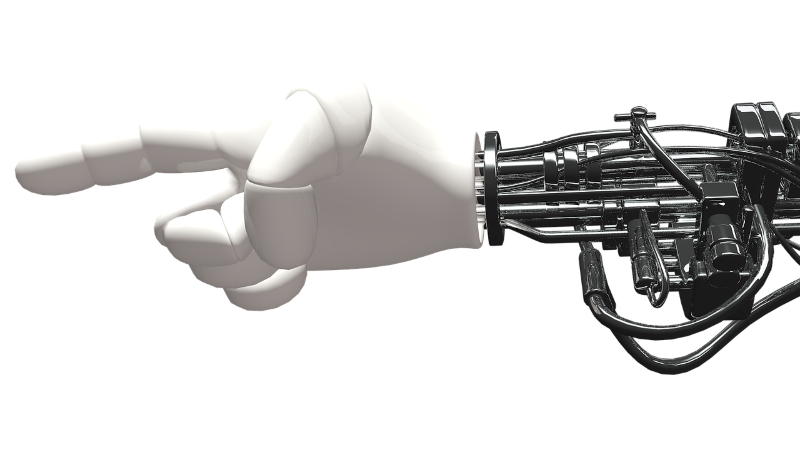 The Growing Case For Taxing Automation That Costs Jobs

Taxing robots sounds unnatural, almost sci-fi like. While I use “robots” to personalize automation, the reality is that workers, human beings, are being replaced by automation, often in the form of robotic functions in our major industries.

The coronavirus pandemic will push the automation of work into hyperdrive as a huge section of our employment force is laid off. As of May 7, 2020, over 33 million workers have applied for unemployment benefits out of a labor force of 165 million that peaked in February 2020.

The number of unemployed with no benefits will also go higher as federal aid is reduced because many unemployed will no longer be eligible. In 2016 there were about 26 million non-farm (unincorporated) sole proprietorships, with an estimated three-quarters of them with no employees. Many of these people had not been eligible for unemployment insurance. Because of congress’s Coronavirus Aid, Relief, and Economic Security Act (CARES Act) self-employed workers, including independent contractors, can now collect unemployment benefits.

Those benefits will stop long before the pandemic does if the Republicans control either chamber of Congress in 2021. In the push to restart our economy, Republicans are resisting any continuation of funding for these workers. Companies are also facing more employees, particularly those represented by unions, requesting a safe work environment requiring protective measures like safe distancing. Meat packing plants are just the most publicized example of this tension. Robots do not need safe distancing, nor do they organize for a safe work environment.

The pandemic’s long term impact, as well as the nationalist move to on-shoring of offshore jobs, will be an additional new incentive to automate work production and services. Business leaders have recognized the displacement of human labor by robotics for some time. Tesla co-founder and SpaceX founder Elon Musk told the World Government Summit in Dubai in 2017, “There will be fewer and fewer jobs that a robot cannot do better [than a human]. These are not things that I wish will happen. These are simply things that I think probably will happen.” To mitigate this trend other billionaires are promoting a tax on robots.

Microsoft co-founder Bill Gates told online publication Quartz, that if a robot replaces a human worker, there should be a tax on robotics to offset automation’s societal effect. Gates said that replacing human labor with machines can have a positive impact if it frees up people to use their human empathy and understanding to help the many who need help to survive and enjoy life. However, the money to allow them to assist the larger community needs to come “from the profits that are generated by the labor-saving efficiency there; some can come directly in some kind of robot tax.”

Billionaire and owner of the Dallas Mavericks Mark Cuban said that robotics and artificial intelligence are “going to cause unemployment and we need to prepare for it.” In response to Gates’ robot tax suggestion, Cuban tweeted “There should be a tax and some should be paid in stock of the company.”

Their concerns are backed up by PricewaterhouseCoopers, one of the world’s Big Four accounting firms, which released a study in 2017 that estimates 38% of US jobs could be lost to automation by the early 2030s. Employees in the industries related to transportation, manufacturing and retail would be the most likely to lose their jobs to robots. Meanwhile, in response to these concerns, Trump’s Treasury Secretary Steve Mnuchin said “I’m not worried at all,” and added that AI and robotics “isn’t even on their radar screen.”

However, Business Day columnist Kevin Roose, attending the 1919 World Economic Forum’s annual meeting in Davos, reported that executives there claimed that if they don’t automate jobs as quickly as possible, their competitors will. A spokesman for Cognizant, a technology-services firm, described the conflict that these executives must address. On one hand they “absolutely want to automate as much as they can,” and on the other hand they are “facing a backlash in civic society.”

To address that backlash, businesses argue that “workers whose jobs are eliminated by automation can be ‘reskilled’ to perform other jobs in an organization.” The unfortunate news for those fired is found in a January 2019 report by the World Economic Forum that estimated that only one in four can be profitably reskilled by private-sector programs.

Only a few politicians have shown interest in a robot tax. Former San Francisco Board of Supervisor Jane Kim had created a task force to explore an automation tax because income disparity in her district could be attributable to the use of robots. New York City Mayor Bill de Blasio also advocated for a robot tax during and after his presidential run. But such no robot tax has been pushed in Congress.

The huge number of unemployed workers has kicked our economy into the basement. Consumer demand, which accounts for 70% of our economy growth, has steeply declined. The result is a calamitous fall in sales and profits for most businesses, forcing them to lay off employees, which further erodes consumer demand. If total wages remain depressed, last year’s demand will not return for the foreseeable future. This will compel businesses to search for ways to reduce their costs. And, that swings the door wide open to automation, the silent killer of human employment.

Candidate Donald Trump ran on a platform of getting jobs back to those that lost them. Think of the coal industry. There were multiple causes for the decline in jobs in coal production, such as the competition from lower-sulfur Wyoming coal, or the production of cheaper natural gas, or world decline in demand for coal. Trump ignored them and emphasized government regulation while the Democrats focused on automation as the cause.

Trump just talked about getting back jobs, although there are now fewer coal miner jobs than when he got elected. Hillary Clinton’s approach was more honest — and more tone deaf. She bluntly said, the nation was going to “put a lot of coal miners and coal companies out of business.” Her answer was a $30 billion plan to secure their health care and pension benefits, offer tax credits and job training, and economic development. Long on details, but no punch line: I’ll get the jobs back.

This is why a robot tax carries a better political message. It’s not the usual promise of the government spending more of your money to help the needy. It’s simple; the robot that replaces every worker, or reduces their pay, will be taxed. Automation does provide benefits: faster service and more productivity, and lower labor costs. But the savings are not shared with the employees. If automation does not produce additional work opportunities at comparable wages, then the consumer market shrinks, while profits increase. The result is wealth is concentrated among the owners and investors, while those working are cut free to seek lower paying jobs.

A robot tax stops that trend by shifting a portion of business profits to the workers by funding a viable social net to protect their living standards and provide training for new jobs at equal or better wages. Now is the time for Congress and candidates this November to raise it as a serious attempt to resurrect our economy and save or create jobs for the millions who are unemployed now and perhaps for years to come.

Nick Licata
Nick Licata, was a 5 term Seattle City Councilmember, named progressive municipal official of the year by The Nation, and is founding board chair of Local Progress, a national network of 1,000 progressive municipal officials. Author of Becoming a Citizen Activist. http://www.becomingacitizenactivist.org/changemakers/ Subscribe to Licata’s newsletter Urban Politics http://www.becomingacitizenactivist.org/
Previous article
The Italian Model: How We’re Gathering Together As Lockdown Ends
Next article
Memo To Biden: Get Generous, Get Specific, Name Your Cabinet