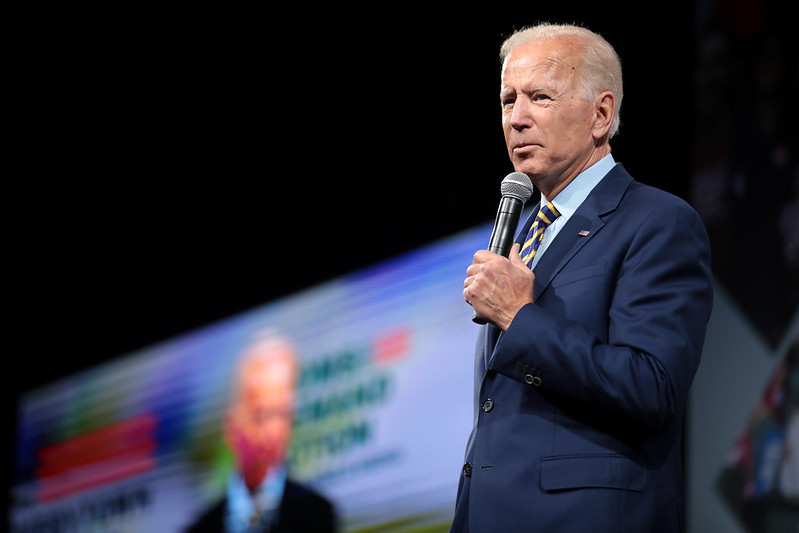 Memo To Biden: Get Generous, Get Specific, Name Your Cabinet

If the 2020 elections are decided based on Republicans’ handling of the COVID-19 crisis, Joe Biden and his fellow Democrats should win in a landslide. But they can’t rely on just that—and, according to news reports (especially in The New York Times on Sunday) the Biden team knows it.

The Times quoted Biden as saying his aim is “not just to rebuild the economy, but transform it.” For both political and moral reasons, Democrats have to focus on helping non-elites—people who can’t afford to stay at home indefinitely, or at all.

Biden claims he oversaw Barack Obama’s $800 billion recession Recovery Act with less than 0.4 percent waste and fraud, and he guarantees that inspectors-general will monitor every element of the spending this time.

Beyond that, Democrats have to be prepared to combat savage GOP assaults, diversions, and conspiracy theories by battering back with effective attacks on the Trump record.

Polls on the President’s handling the pandemic remain heavily bad for Trump—despite his daily claims to have the virus under control. The latest CNN poll shows that 55 percent of voters disapprove of Trump’s performance while 42 percent approve.

What’s worse for Trump is that only 36 percent trust what he says about the pandemic and 35 percent trust his lapdog network, FoxNews. Meanwhile 67 percent trust Dr. Anthony Fauci—who Fox demands be fired  for countering the White House line (with Trump tease-tweeting he might.)

Polls also indicate the public doesn’t think Trump is doing enough to counter a second wave of COVID or providing enough testing. If scientists are correct about these matters, Trump is in yet more trouble.

Trump’s lack of leadership is said to be causing worry among Republicans that they could lose control of the US Senate, even if Democrats can’t come near a filibuster-proof 60 seats.

Unfortunately, though, that’s not the end of the picture. While the public now thinks Biden is more trustworthy than Trump, cares more about people, can unite the country and effectively manage the government, Trump still leads him in CNN’s poll on managing the economy (54-43). And there are doubts whether Biden could be a strong leader or “has the stamina and sharpness to be president.”

I think it would help Biden if, besides picking a vice presidential running mate who can inspire confidence (all of the prospects being discussed have merits and drawbacks), he went into the election having named a strong cabinet whose members could serve as surrogates and forcefully advance his agenda.

New York Times columnist Tom Friedman has made a convincing case for a bipartisan “national unity cabinet” including Mitt Romney as Secretary of State, Michael Bloomberg as Secretary of the Treasury, Ohio’s GOP Gov. Mike DeWine as budget director and Bill Gates at HHS.

I think those cabinet ideas are mostly good, but I’m dubious about Alexandria Ocasio-Cortez as UN ambassador (what does the first-term leftist Congresswoman know about foreign policy?) and Al Gore as EPA director (too polarizing, too pompous—Washington Gov. Jay Inslee would be far better.) And I’d make New York Gov. Andrew Cuomo White House chief of staff, not Homeland Security secretary.

Democrats need to highlight the dangers to democracy Trump that already presents by his threats—backed by a weaponized Justice Department—to “lock up” political foes, including (if Trump had his way) Barrack Obama and Biden. Another ripe target is Trump’s effort to dismantle Obamacare—at a time when layoffs may cause 27 million people to lose their employer-provided health  insurance.

It goes without saying, but Democrats need to mount vigorous voter-registration and voter-turnout drives, widely establishing voting-by-mail and suing to block certain GOP efforts at voter-suppression.

Biden’s line has been that he’s running “to restore the soul of America.” That’s good, but he needs to paint a graphic picture of what life in America would be like if Trump is re-elected and the Senate stays in GOP hands and can totally dominate the federal judiciary.

Biden’s most important task, though, is to lay out a positive agenda for what he’d do not just to restore the American economy post-COVID, but prepare the workforce for a likely “new normal” where corporations seek to cut costs by accelerating automation and where more transactions of all kinds are conducted online.

Numerous reports indicate that Biden has wisely dropped the theme of restoring “normalcy” and has shifted to a New Deal-style expansion of federal programs to create “green jobs;” combat the health, environmental, racial and educational inequities made manifest amid the pandemic; adopt the Bernie Sanders agenda on student debt forgiveness and housing assistance (but not Medicare-for-all); focus government assistance more on workers than corporations; provide more aid to state and local government; and adopt Elizabeth Warren’s plan to make personal bankruptcy less painful.

Without a detailed agenda, it’s impossible to say how much his program would cost, but it’s obviously going to be a lot—at a time when the federal debt is already at historic levels. Nor is it clear how much taxes would have to rise for the wealthy.

Biden obviously is trying to forge unity with Progressives, but a too-expensive, too welfare-statish, too regulatory, too Sanders-like program will incline fence-sitters to credit Trump charges of “socialism,” though that might work less well after the COVID economic meltdown than before.

Rivaling Trump, Biden needs to be seen as a get-people-back-to-work candidate—with short-term emphasis especially on saving small businesses from going under permanently and extending benefits to those who’ve lost jobs and purchasing power.

Some jobless workers and young people can serve, while the COVID crisis continues, in a Health Care Corps, conducting virus testing and contact-tracing. But Biden also has to have a plan for longer-term job-creation. I’d say his emphasis should be on infrastructure investment—something both Trump and Democrats were agreeing to in 2017 but never delivered on.

Besides building roads and bridges, the program has to encourage green energy production and extend internet broadband across the entire country, erasing as much as possible the “digital divide” that’s preventing some schoolchildren from learning online and workers finding new jobs.

Investment in research of all kinds also should be a priority, along with public health and pandemic preparation. These are programs even Senate Republicans might support.

To win the election, reunite the country and do economic justice, Biden has to make it clear he is on the side of those Peggy Noonan calls the “unconnected” and author Michael Lind cites as not belonging to the college-educated “credentialed overclass.”

The COVID crisis has exposed gross inequities—not just in incomes, but health, skills and vulnerability. Sending a check to everyone regardless of wealth, as Andrew Yang proposes, is not the answer. Expanding opportunity is.

Accordingly, Biden should propose a robust job-retraining program to allow permanently-displaced workers to upgrade skills and even shift to personal service jobs in child and health care, which need to be better-compensated.

Exploiting class division, Trump won (and holds on to) significant support from non-college-educated whites. It’s up to Democrats to show how Trump actually has betrayed them—and how Biden won’t.