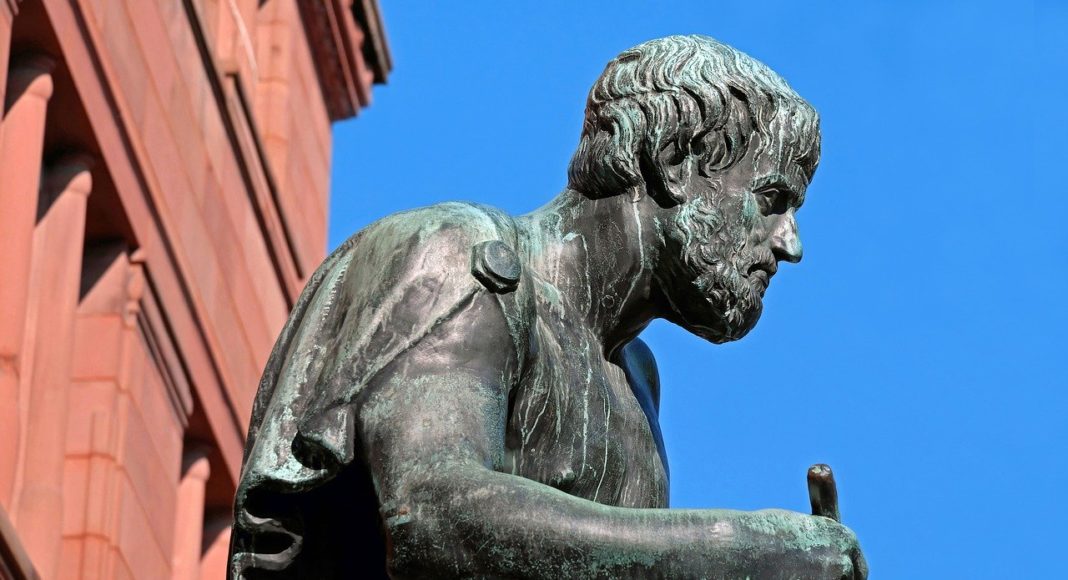 A New Marker in Human History

As I have been chatting with my friends and colleagues on line over the past week or two, most of them fall into some variation of the five stages of grieving. The few holdouts with Denial have disappeared, as deaths of relatives, friends, or neighbors have offered ample evidence of the tragedy. One or two are close to reaching Acceptance. But most are exhibiting the middle three stages of Anger, Bargaining, or Depression.

Anger is translated into blaming certain people or countries, which I have to admit to doing myself from time to time. Bargaining translates to: “Well, maybe if we all stay at home now, I can still take my planned vacation to Spain in June.” Depression seems to involve a lot of sleeping and weeping; I must confess to having my own bouts of these.

When one is in the midst of a terrible catastrophe, like a pandemic, a war, or a economic depression, the natural human tendency is to assume life is ending. The horror of disease, starvation and death in the millions makes us feel as if we are at the end of civilization. Some even seem to gravitate to the idea of an impending Rapture. Surely this is all too much to bear; we are finished as a culture, a civilization, a country.

Doomsday scenarios are now abundant.  It’s the end of cities. Art is dead. No more theater or cinemas.  No more restaurants. For some these thoughts of imminent change are so threatening and scary as to generate a strange tribal survival mentality; perhaps we can stave it off if we just sacrifice some people to certain death. Where is the nearest volcano?

I can sense many of my friends and colleagues wringing their hands over the absence of concerts, art galleries, dining spots, coffee bars – places that used to be frequented without a moment’s thought of danger. It seems like nothing will be the same. Nothing can be counted on again to be normal.

What is really happening is that we have been given a rare chance to experience – live, in person – a change that used to happen once in every generation or two – a massive shift in living patterns, in technology, in social life. When there is a sudden and unexpected shift in human life — whether personal or cultural – some people choose to reflect; others choose to re-invent themselves or the institutions around them.

Often it was pandemics like these that caused this. No one is still alive who can remember how devastating cholera was to the world in the early 1800’s. Millions died horrible, agonizing deaths. Personal accounts reported dead bodies so numerous they were stacked on the streets until they could be burned. People spurned human contact for fear of infection. However, the cholera pandemic led to massive improvements in the conveyance and treatment of water and sewage with public systems replacing private ones.

Likewise, no one is around to remember the terrible toll that Tuberculosis took in the mid and late 1800’s. Again, many millions of people died. It affected all ages but especially the young. This led to changes in laws dealing with living conditions. Since the lack of sunlight and poor ventilation exacerbated TB, building codes required rooms to have windows – something was not always the case in poorer living quarters. Even today, if you crack open a zoning ordinance in any city in America, you will find the phrase in a preamble “to ensure adequate light and air.” That imperative came out of a health crisis over 150 years ago. But the language is still embodied in laws today.

A few people are still around who experienced the era of the Spanish Flu, involving 50 million deaths. The same pattern of the five stages of grief was rampant then as well, with some people refusing to wear masks and give in to the painful truth. That epidemic fundamentally altered health practices, with both preventive and curative methods.

Not long after that, the Great Depression, the Second World War, the holocaust, and the savagery of massacres, purges, and pogroms in Eastern Europe following the war wiped out at least 60 million people. Entire countries and cultures were changed forever, boundaries and histories, titles and properties wiped off the map.

And that is the situation we face. Over the last 75 years of relative and continuous peace, along with its attendant prosperity, we became convinced that another global catastrophe was not possible. But if anything by the turn of the millennium, we were overdue. The Great Recession was merely a precursor of worse to come.

We are at a marker point now. And we will be experiencing the aftermath for many years if not a decade, as has happened with every other life-altering event in the past.  We have also been presented with a fascinating perspective. Knowing that life will not be convenient or pleasant for years to come, we must take the long view. Despite the personal pain, difficulties and dislocations that we will experience ourselves, we have confidence that life will be better for our descendants. Many of us, this writer included, will likely not live long enough to see the end of this era of adjustment.

But adjustment will certainly happen. Many business models, like department stores, which were already teetering on the brink will disappear altogether. Eating out will be different – certainly fewer high end places as incomes suffer. Housing will be designed and constructed in a different way perhaps avoiding elevators to reduce the chance of transmission. (After all, four-story walkups were common for most of the history of urban housing)

Neighborhoods will look much different with, perhaps, workshops instead of stores on main streets. Forms of entertainment and art will change dramatically with altered seating arrangements. We will behave differently in public. And sadly, there will be many more deaths – if not from the coronavirus, from all the other diseases afflicting the human body that will go untreated due to the efforts to stamp out Covid-19.

Life will not end.

But life as we have known it will.

Just as we have done with the terms Pre-war, Wartime, and Post-war, at some point we will mark this era with the phrases such as “Pre-Covid,” “During Covid,” and “Post-Covid.” Its already begun to happen.  This is a historic period that will, inevitably, result in major changes in human life and settlements. Whether we like it or not.

Mark Hinshaw
Mark Hinshaw is a retired architect and city planner who lived in Seattle for more than 40 years. For 12 years he had a regular column on architecture for The Seattle Times and later was a frequent contributor to Crosscut. He now lives in a small hill town in Italy.
Previous article
Handicapping Joe Biden’s Veep Candidates
Next article
My Campaign to Bar Straight, White Males From Voting