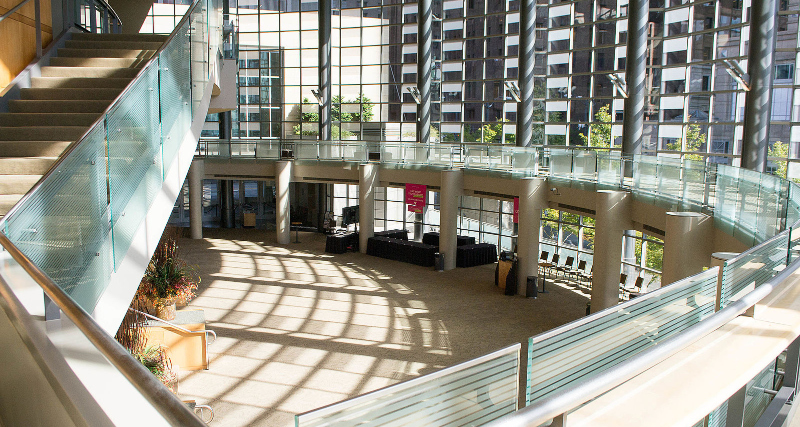 ArtsFund announced this week that arts organizations in the Seattle area are projected collectively to have lost about $74 million of revenue by the end of May. That’s money in lost ticket sales, admissions, retail sales, rentals, services and sponsorships. Contributed income (fundraising) is down about 25 percent. Almost 5,000 arts employees have been laid off and 97 percent of arts groups have canceled activities.

Along with the impact survey, ArtsFund also announced $4.8 million in new grants to 80 recipients, including $2,640,000 in emergency relief grants, ranging from $5,000-$75,000 each. ArtsFund started the emergency fund in March.

For now, attempts to deal with the financial crisis are in the “survive and relief” mode. It’s heroic, really, for an arts funding community that isn’t very large. ArtsFund calls its COVID response an “Emergency Relief Fund.” The City of Seattle has also helped with a $1.1 million “Arts Recovery Package.” 4Culture has stepped up with a $1 million “Cultural Relief Fund.” Perhaps just as important, the funders are acting as sources of information for the community, assessing impact and disseminating information.

Now more than ever the arts community here needs leadership. The sector has been so underfunded since the financial meltdown in 2009, that arts organizations have had to keep their heads down focused on staying alive and keeping their own ventures viable. Though there’s a considerable amount of cross-organization interaction — the arts marketing task force, for example, and more recently the heads of big institutions have been meeting — there is a need for big picture thinking about how the arts are going to survive here.

That could come from the arts funders, who see the overall community. 4Culture has been a leader, led by Jim Kelly, definitely a big picture thinker, who retired last year. And the Seattle Office of Arts and Culture, led by Randy Engstrom, has shaped the community around social justice issues. ArtsFund has been a funding presence but without a permanent CEO for some time now. Its strength in the business community has declined over the past 20 years as corporate philosophy about philanthropy has changed. A look at its current funding members shows a particular absence of the tech community, for example – a critical failure.

But a few weeks ago ArtsFund announced its new director — Michael Greer, a former dancer and for the past three years the executive director of Oregon Ballet Theatre in Portland. He seemed personable on the ArtsFund video webinar event this week. And he comes into the job at a critical time when ArtsFund’s role as a leader could be more important than as a funder.

ArtsFund has been around for 50 years and has had its ups and downs. Originally called the Corporate Council for the Arts, it was designed as a kind of United Way for the arts, aiming to get local businesses motivated to supporting the arts and have more impact. The idea caught on, but by 1989, the organization had fallen into disrepair. Peter Donnelly, who had worked at the Seattle Repertory Theatre in the 1960s and gone on to run the Dallas Rep, returned to Seattle to run the organization. He spoke corporate and understood art, acting as a kind of translator and broker between the two communities. He promised business donors that Seattle’s arts organizations were entering a new era of professionalization and convinced arts organizations they needed to be more business savvy. He imposed business discipline on the arts, business support soared, and he became an arts champion for the region.

Though there are plenty of artists of vision here, it’s been a while since the region has had a visionary with the resources to help shape the city. Different times, yes, but Donnelly’s success wasn’t just his ideas, it was his position as funding broker that gave him the ability to gather forces to accomplish bigger things.

Skip to today. The pandemic is “bigger things” if there ever were them. Though many artists and organizations have quickly gone online, it’s becoming clear that the pandemic will be a life-altering event for Seattle’s cultural community – and that’s in the best scenario. Few of the region’s arts organizations were financially healthy before the shutdown. The cancellation of this spring’s season of activity is difficult enough. By now pretty much all summer festivals and performances have also been canceled. And even if the state opens up again this summer, conservative projections are now that theatre venues won’t be able to open again until at least mid-winter, forcing cancellation of the rest of 2020.

ArtsFund’s projections currently only go through the end of the 2020 fiscal year and estimates are of revenue losses of $135 million. But some experts are already warning that gatherings of big groups in theatres and concert halls won’t be viable again until there’s a vaccine in mid-2021. Those venues that do open up before then will have to drastically cut the number of people they can permit into their spaces.

So there’s a gaping disconnect. Between the $5 million in emergency funds so far, and let’s say another $5-$10 million in other aid, and even — let’s be wildly generous — if we could get $25 million from elsewhere, the money is dwarfed by the $75 million in revenue losses incurred just up to this point. Worse – over the next year most of the business-as-usual models for selling tickets and fundraising support are not going to be operable.

Across the country, that dawning recognition is forcing a rethink of business models and reinvention of operations. The Museum of Modern Art, for example, is cutting its budget by a third and permanently reducing staff by 20 percent, effective immediately. Just as we’re starting to see major for-profit companies file for bankruptcy, by later this fall we will likely see a suspension (at best) or termination of many arts organizations as their viability collapses.

At the same time, it will be an opportunity to get away from business as usual. Some of the biggest bursts of creativity have come in response to bad things. A few years ago when I was studying festival models, I was surprised to see how many important festivals were born in reaction to hard times. Two of the biggest — Edinburgh and Salzburg — for example were a reaction to the end of World War II.

And with every old norm now being challenged in the wake of massive collapse, thinking about virtually every issue will be up in the air. So who’s going to step up to help lead survival and champion rethinking? It probably can’t come from any one of the arts organizations, all busy attending to their own needs. A committee of organizations would likely focus more on surviving than on reinvention. And any broader coalition of organizations would need a wrangler.

I’d also argue that survival of the arts here will take broader community and business involvement and that participation can’t be just about “saving” the arts, but looking at the broader regional civic landscape. It shouldn’t be just about finding new sources of money to prop up an old model. It needs to be a new approach, one that perhaps challenges the old institutional model and the distribution of cultural infrastructure and resources. Ideally this is a role for an organization or person who stands just outside the sector and has broad reach and connection. Perhaps All In or the Seattle Foundation could do it if they were inspired. Or, going back to its previous role, it could be ArtsFund if it can articulate a bold enough vision.

There’s an interesting national story playing out along these lines that also has a Seattle connection. A few weeks ago, the League of American Orchestras announced that Simon Woods, the former executive director of the Seattle Symphony who helped to revive its fortunes, will be the League’s new executive director, succeeding Jesse Rosen (who also came into the job with a Seattle Symphony connection).

The orchestra business has collapsed in the pandemic. Indeed, orchestras are among the worst hit because they have large payrolls of musicians and little flexibility, unlike theatres or museums. The orchestra league, whose membership includes most professional orchestras in the country, is the largest and richest of the traditional arts service organizations. But in recent years, it has suffered a series of hardships, downsizing its staffing and programs. [EDITOR’S NOTE: After this story posted I was contacted by Jesse Rosen, President of the League, who pointed out I was wrong about my characterization of the League’s fortunes. He said the League has been on stable financial footing for the past ten years, and while it had discontinued some programs, it had embarked on many new initiatives, including:

Woods sees himself as an innovator. And he comes to the job at a time of enormous opportunity. Fear helps to focus the mind, and the orchestra world is threatened in the pandemic. The performing arts service membership organizations — DanceUSA, Theatre Communications Group and Opera America — are all dependent on dues. Members likely won’t be able to pay those dues any time soon, so philanthropic funding has been found to cover them for the next year, buying some time. After that who knows, so the League is under pressure to demonstrate its own viability and usefulness in a very short window.

Therein is an opportunity to reinvent. Address badly-needed infrastructure — digital listings, micropayment, search and streaming platforms. Now will be a time to rethink union agreements, recording licenses, streaming and technology, and develop new revenue streams. A new push on data and transparency. Lead the way on thinking about new models for orchestras — how they’re organized, managed and funded.

In short — a reconception and reconstitution of the business and how it’s run. Ambitious yes, but there really isn’t another choice as the traditional orchestra model, already failing, now collapses within the span of a season or two. The solutions won’t be centralized, and there will likely be a number of models, but only the League is in the position to help focus systemic thinking.

No pressure! But this moment is a time for bold thinking, and here are two marvelous leadership opportunities, one in Seattle and one nationally. Two chances to make a historic difference. As badly as the arts needs money right now, visionary leadership is needed even more.

Douglas McLennanhttps://www.artsjournal.com
Doug is a longtime arts journalist, and the founder and editor of ArtsJournal.com, he's frequent keynoter on arts and digital issues, and works with a number of arts organizations nationally.
Previous article
Why Does The Seattle Times Win So Many Pulitzers?
Next article
Remember When We Actually Ate At Seattle Restaurants?