Fighting COVID In Cascadia: Why Has Vancouver BC Been More Successful Than Its Neighbors?

There’s a popular theory going around — unfortunately being propagated by the Governor of New York –that somehow density is to blame for the spread of Covid-19.  There’s little question that New York is the epicenter of the pandemic (pandemicenter?) and it is, famously, America’s densest city. But if density were the main factor, or even a consistent one, you would expect to find it driving the pandemic in other dense cities as well.

Blogger Aaron Carr–among others–has done a great job of graphically highlighting the simple fact that much denser cities around the world, particularly in Asia, have done a dramatically better job than New York in containing the virus. Tokyo, Taipei, and Seoul, to name three, have far lower numbers of reported cases and deaths on a population-adjusted basis than does the New York Metro Area.  But of course, its tempting to dismiss the relevance of these examples, because they are, after all, other countries.

But we can find an equally good example close at hand, right here in North America.  Just across the 49th parallel, there’s a very dense metropolitan area that’s done as good a job as any US metro area in fighting the spread of the pandemic:  Vancouver BC.

For purposes of this essay, we’ll compare Vancouver with its two nearest US neighbors:  Seattle, which had an early and severe Covid-19 outbreak; and Portland, which is smaller and has managed to record one of the lowest cumulative rates of reported cases per capita of any large US metro area (50th out of 53, at last count). All three cities of Cascadia, Portland, Seattle and Vancouver have all been affected by the coronavirus.

Metro Seattle had the first case recorded in the US on January 21, 2020; Vancouver had one of the earliest cases in Canada on January 26.

Metro Vancouver is the densest city in Canada, with a density of more than 5,000 residents per square kilometer.  It’s the fifth densest large city in North America, and in the US only San Francisco and New York have higher densities. Two-thirds of its residents live in multi-family housing.  In addition, Vancouver is a global gateway city with substantial tourist and business travel, close ties to Asia, and a large immigrant Chinese population.  Metro Vancouver has more than a quarter million residents who were born in China or Hong Kong. A high fraction of its residents use the city’s excellent transit system. A recent city report shows that a majority of all trips were made by walking, cycling, or transit.

So, if your pet Covid-19 theories revolve around density, lots of Chinese people, and riding buses and trains, Vancouver ought to be a hotbed of infection. But it’s not.  If anything, despite density, diversity, and transit, Vancouver has weathered the crisis extremely well.

Here we’ve tabulated data on the number of cases reported by the British Columbia Center for Disease Control (BCCDC). We’ve computed a rate of cases per 100,000 comparable to our estimates (based on US data compiled by the New York Times), for Portland and Seattle.  In each case, we’ve adjusted for population by calculating the cumulative number of reported cases per 100,000 population.  Data for Portland and Seattle are for their respective US metropolitan areas; BC data is for the two provincial health authorities–Vancouver Coastal and Fraser–that serve the Vancouver Area.

Vancouver’s rate of reported cases is slightly lower than metro Portland’s (45 vs 54 cases per 100,000); Seattle’s rate is higher (owing largely to the effects of the large and early outbreak in March).

Vancouver is in the same region, and roughly the same size as Portland and Seattle.  It is far denser, and yet it has performed the best of the three in fighting the spread of the coronavirus.  It should be pretty compelling evidence that density is not a determining factor of whether one is vulnerable to the pandemic or not.

Why did BC do so well?

It’s unlikely that it was differences in travel restrictions and social distancing policies. British Columbia’s response to the pandemic was very similar to that of neighboring Washington state.  The province closed schools and bars on March 17, and extended its closure to dine-in restaurants on March 20.  Seattle closed its bars and restaurants on March 16, after closing most schools on March 11.

When it comes to the pandemic, density is definitely not destiny.  But that still leaves open a question of why BC did much better than Seattle and somewhat better than Portland.  Of course, the Canadian health care system’s more comprehensive and community-focused model may be part of the reason. 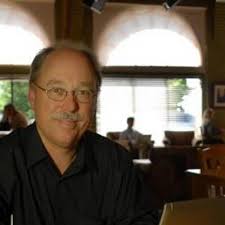 Joe Cortright
Joe Cortright is President and principal economist of Impresa, a consulting firm specializing in regional economic analysis, innovation and industry clusters. Over the past two decades he has specialized in urban economies developing the City Vitals framework with CEOs for Cities, and developing the city dividends concept. This article first appeared in City Observatory, a Portland-based think tank that does data-driven analysis of urban issues.
Previous article
Data On Local Unemployment: Dip Before Deluge?
Next article
Stuck At Home? It’s Working Out Great For This Misanthrope