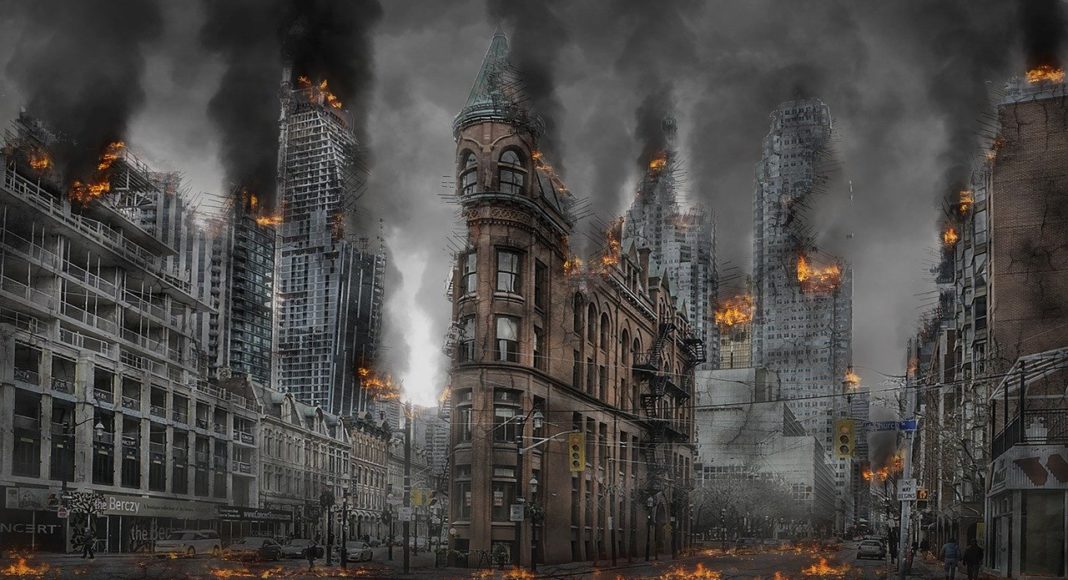 After COVID: What Will Be The New Normal?

Is the COVID-19 crisis the shot across the bow of coming global devastations? Is this but the first of world-wide disasters to come, the others as a result of climate change?

Or is this the wake-up call that will finally get our attention and lead to radical steps to avert the worst of climate change?

I’ve been thinking, as perhaps you have too, about what the COVID crisis portends for the future. Will this seem tame in comparison to the climate changes of which we have been warned? I’ve been wondering if my grandchildren, whose schools are shut down for the remainder of the year, will experience lives of one massive disruption after another? And, yes, globally, they are the lucky ones.

Is it possible that this world-wide disaster, which is far from over, has put on vivid display the disastrous consequences of denialism? Is it also possible that the real behavioral changes we have all (well, almost all) made in response to this virus will give hope for our capacity to make other changes? A lot depends on leaders and leadership when we’re on the other side of the worst of this current crisis.

An excellent article by an Australian ethicist, Byron Smith, links COVID and Climate. But before going there he introduces a third “C,” cancer. Smith begins by describing his mounting and ever-more serious symptoms, and his near fatal resistance to letting his life be disrupted.

“Warning signs had been there, but I hadn’t gone straight to the experts to understand, because I didn’t want my life disrupted. When I did, the doctors told me things I couldn’t have discovered on my own, and recommended urgent, radical treatment. (italics added)

“In my youthful presumption, I’d been neglecting troubling indicators. I realized, almost too late, that there was in fact no ‘business as usual’ option available to me. Life couldn’t just go on as it had been. I could accept the radical treatment specified by qualified experts — with the discomfort, disruption, and disability it brought — or I could walk into the even more radical consequences of refusing such treatment.”

After considering parallels to the current COVID crisis, Smith turns to climate change.

“It was actually as I was recovering from cancer that I began to allow myself to face, not just my personal medical diagnosis, but the planetary diagnosis that experts had been warning us about. Charred forests. Whitened coral. Retreating glaciers. Rising tides. Intensifying heatwaves, hurricanes, and humidity.

“This constellation of symptoms decisively indicates a massive human disruption of the global climate system.

“Scientists have spent decades documenting the increasingly dire and widespread impacts of such disruption on temperature and precipitation patterns, on ecosystems already stressed by myriad human demands, and on people and societies around the globe, with the greatest burden falling disproportionately on those already most vulnerable. Failed crops, altered disease vectors, the degradation of coastal infrastructure: all these and more tell a story of worsening woe.

“But our current symptoms are just a tiny taste of what the models suggest is soon to come. The curve steepens before us.

“Experts have issued warnings of severe risks and global peril, called for rapid shifts in how we power, feed, shelter, move, arrange, and amuse ourselves. Governments have dithered and bickered, postponing many hard decisions to further down the track.

“Vested interests have covertly funded misinformation, sowing confusion and generating a tiresome and repetitive pseudo-debate, successfully polarising public opinion by partisan allegiance. Political paralysis keeps open the window during which the few can profit from sending the future of the many up in smoke.

The COVID–19 crisis bears similarities to the disruptions climate change will bring — overwhelming current systems, testing leadership, demanding changed behaviors not previously imagined. While there are historical antecedents (the Black Death of the 14th century, the devastation of Indians in the Americas from diseases introduced by Europeans, the 1918 Spanish Flu epidemic), it is also true that this is unprecedented in our lifetimes. Nothing has stopped us like this before. Nothing has united us across the globe quite like this before.

Instead of a “return to normal” after COVID, can we learn from this experience and discover “a new normal?” One that isn’t just going back entirely to where and how we were before COVID-19? Might we discover that some of the changes now made — significant numbers of people working from home, limiting car and air travel and consumption, re-discovering the value of and supporting local businesses and institutions of our common life — will mean that our return to normality is chastened, more humble, and with a wise suspicion of cavalier denialism?

We don’t need panic. But we do need resolve. We are witnessing many examples of courage and resolve now. Let’s build upon these for the future. The message of COVID is that the unthinkable can happen.

Anthony B. Robinsonhttps://www.anthonybrobinson.com/
Tony is a writer, teacher, speaker and ordained minister (United Church of Christ). He served as Senior Minister of Seattle’s Plymouth Congregational Church for fourteen years. His newest book is Useful Wisdom: Letters to Young (and not so young) Ministers. He divides his time between Seattle and a cabin in Wallowa County of northeastern Oregon. If you’d like to know more or receive his regular blogs in your email, go to his site listed above to sign-up.
Previous article
Planting Trees Will Help Reduce Carbon, But You Have To Do It Right
Next article
Crosscut: From Cradle To KCTS