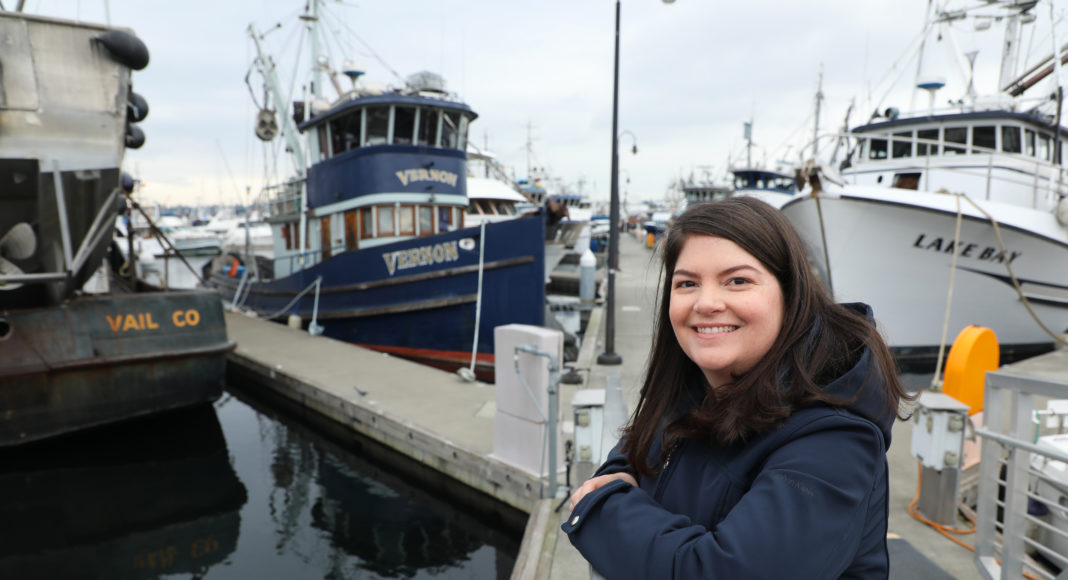 Running for Office When the World is Shut Down: How One Candidate Is Adapting

Liz Berry had planned to spend weekend afternoons this spring knocking on doors to introduce herself to voters and ask them to help elect her to the Washington House of Representatives.

She set out with the goal of knocking on at least 20,000 doors in the 36th District which includes Queen Anne, Magnolia and Ballard. But that plan was made before the novel coronavirus hit.

For candidates running in the time of pandemic, whether it’s Joe Biden seeking to unseat Donald Trump, or a 37-year-old Seattle woman seeking office for the first time, the playbook of how to get elected has changed in ways nobody ever envisioned. It’s required candidates to improvise and seek creative avenues to reach voters without using the tried and true tactics of retail politicking.

Gone are the days of introducing herself face-to-face with neighbors, dropping campaign literature at homes, holding town halls and breakfasts. Now, Berry campaigns from the Queen Anne home where she lives with Michael Hill, her husband, and their two children. She carves out hours to campaign in between time with George, 4, and Eleanor, 6 months, and when she’s not working remotely as executive director of the Washington State Association of Justice, a civil justice advocacy organization.

“We’re starting to adjust,” Berry told me on a recent Saturday when instead of knocking on doors she was working the phone. “We’re using social media and good old-fashioned telephone calls. I’ve found people are answering their phones more these days, and it’s a pretty good way to get hold of people.”

Usually those calls at this stage of the campaign, especially for a first-time candidate, would focus on fundraising and talking about her key issues like affordable child care, improving funding for public education, expanding early childhood education and gun control.

“I have to put a pause on that and talk about what is on everybody’s mind right now. It’s a balance. You want to be sensitive to the hardships people are facing right now,” says Berry, who tries to use the outreach to help connect people with benefits and resources.

“People are happy I called and want to talk and hear what’s going on, but the money is not flowing like it did. I understand that,” adds Berry. “It’s still important for me to get on the phone and connect with donors, but the times call for a different touch.”

One other candidate has announced for the Position 2 seat in the 36th, Sarah Reyneveld, a Managing Assistant Attorney General in the Washington State Attorney General’s Office and also the mother of two young children. Filing closes May 15 and the primary is August 4.

I first met Berry when she worked for then Rep. Gabby Giffords in Congress. We both volunteered for Running Start, a D.C.-based nonpartisan organization that inspires and trains young women to run for office. Berry continued to work to get more women elected when she moved to Seattle and became active in the state chapter of the National Women’s Political Caucus. We reconnected when I moved here, but I don’t recall her planning to run for office herself.

Berry admits that she never thought she would make the leap. But having children and becoming more rooted in her community, she found herself thinking about the other working families around her and what they needed. She knew seats like the 36th rarely open up. Then Rep. Gael Tarleton, serving a third term, announced she was going to run for secretary of state.

“It seemed like I had to jump at the opportunity,” says Berry, who has been endorsed by city council members Lorena González, Teresa Mosqueda and Debora Juarez. “There’s a lot I want to do, and I see it as an opportunity to fight for change and things I care about like getting guns out of the hands of dangerous people.”

Giffords, her former boss, was shot during an Arizona campaign event in 2011 and has had a long and difficult recovery from the head wound. She came out to Seattle for the launch of Berry’s campaign. The former congresswoman’s husband, astronaut Mark Kelly, a candidate for the U.S. Senate in Arizona (vying to unseat Republican Sen. Martha McSally), was scheduled to join Berry at a fundraising Seattle breakfast in March. Like so much else on every candidate’s agenda, it was canceled.

Pivoting means daily online meetings with her campaign team and figuring out how to best use social media and other tools to connect virtually with voters.

Berry says the state House Democratic Campaign Committee is providing guidance to candidates on what to do, and not do, under the social distancing restrictions imposed by the state. She also found good tips from Emily’s List on how to structure virtual fundraising events, hold productive one-to-one online meetings with donors and how to adjust fundraising calls.

Since candidates never have enough time to campaign as much as they want, Berry says there is an upside to doing virtual coffees online and pursuing other ways of connecting with voters by phone and internet. “It saves me travel time,” says Berry, “and I enjoy talking on video with people. You still get to see the person and get a sense of who they are and talk about what’s on their minds.”