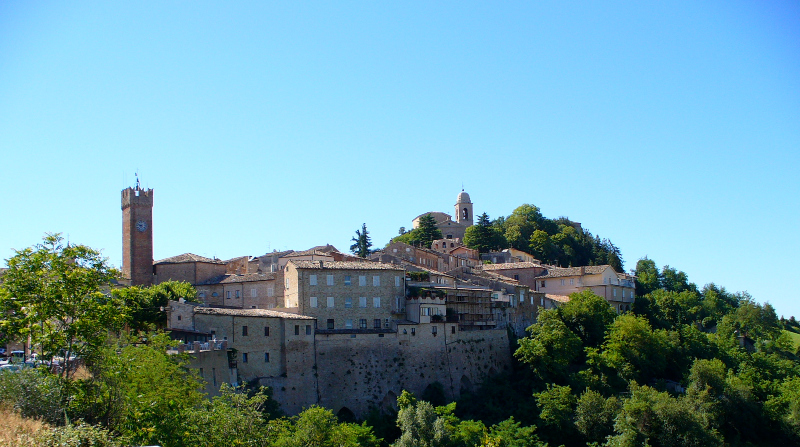 Italian Diary: Coming Together In A Crisis

As we all live through the current global pandemic, I am reminded of a quiet scene in the sci-fi / horror movie “Signs.” In it, people around the world are panicking from the sudden invasion by a deadly alien species. The lead character, played by Mel Gibson tries to give comfort to another character played by Joaquin Phoenix with philosophical monologue.

I am paraphrasing here for brevity, but the Gibson character says “There are two kinds of people in the world. The first kind witnesses a catastrophic event and sees little but fear, despair, and hopelessness. They are cynical and see the worst in people. The other category, in contrast, sees hope and the ability of humans to come together and overcome the tragedy. The question is… In which group are you?

Now, I like to think of myself as pretty much an optimist. Part of this rosy attitude has, perhaps, come from my escaping near death multiple times in my life – sometimes missing that fate by minutes if not seconds. And while I like to think I am pragmatic, I also assume positive outcomes, even when the actual outcomes sometimes don’t bear that out.

In this time of great uncertainty and news that seems to turn worse by the hour, I am cheered by the actions of the people in my adopted village in Italy. Observing how they are behaving offers me a sense that, as the many school children’s hand painted posters proclaim “Andra Tutto Bene”   All will be fine.

What I am seeing here is a wild swing of collective energy. What only a few weeks was easily witnessed every day on the streets, in the piazzas, and in the coffee bars – a camaraderie and genuine affection expressed through touching, hugging, extended handshakes, and double-cheek kissing has changed into something else.

People are still out walking their dogs and doing their passeggiata – albeit in solitary. They still greet each other and engage in momentary friendly chat – at a distance.  People step outside onto a balcony and swap words with another person doing the same thing. We hear it from our windows and we also do it. Random human contact and communication continue.

The gregarious local barista – a single mom who is now out of work – was hired by a food market while her café is closed. She is taking the place of a woman who is staying home to tend to her school-age children. The barista also delivers food to elderly residents in the village who are stuck at home.

While shopping in food markets, I have seen no hoarding behaviors. No one is cleaning out shelves of toilet paper and water. One woman tried to buy all the bottles of bleach and the store manager told her to put all but three back to leave some for other customers. The stores are fully stocked; deliveries arrive each day. People take their turns to enter while standing, spaced apart, in a queue. No one is shoving or fighting, like the videos of crazed customers in U.S. chain stores.

We recently learned about a gesture by the local convent — a sizable complex of ancient stone and brick – that had been slowly declining in numbers of sisters. They had spare rooms and beds, so had opened them to aged people who had no one to care for them, given the restrictions on travel. At a store, I noticed the Mother Superior buying bulk provisions while holding a long list of needed comestibles for her new residents.

Both the food markets and the pharmacy have installed protective plastic barriers between customers and staff – sort of like the “sneeze guards” you see in American cafeterias. The staff is fully there, dispensing fruits, vegetables, cheeses and meats.  Our street market was cancelled but the fish truck still appears twice a week as it always did, attracting a village street cat that sits politely, awaiting its supper. People buy the freshly caught fish, but with a meter separation in between. The usual discussion of various fish ensues as always.

Prime Minister Conte appears on our screens and pronounces massive financial aid to small businesses, abeyance of utility bills, mortgages, and rent for citizens. We already have national health care. Transit systems continue to operate, as do postal services and banks. Commerce has been curtailed for the time being, but there is a sense of caring for needs of the average person by the national government. There are no crazy conspiracy theories to distract from shared responsibility.

Our village is not populous enough to see lots of people out in the early evening, singing or playing instruments as is happening elsewhere in the country. My wife, who has been learning guitar, has offered up a piece or two from the window. But we watch the videos from other cities and are heartened by the beautiful arias belted out from balconies and roof tops. Watching the film of Italian Air Force jets in close formation, leaving fluffy contrails that form the Italian flag to the stirring lyrics of Nessun Dorma brings on tears.

They are tears of hope. Not despair.

Mark Hinshaw
Mark Hinshaw is a retired architect and city planner who lived in Seattle for more than 40 years. For 12 years he had a regular column on architecture for The Seattle Times and later was a frequent contributor to Crosscut. He now lives in a small hill town in Italy.
Previous article
Indexer: Inhospitable – The Sector Of Our Local Economy Being Devastated
Next article
No Stranger To Adversity: “Seattle’s Only Newspaper” Fights To Survive