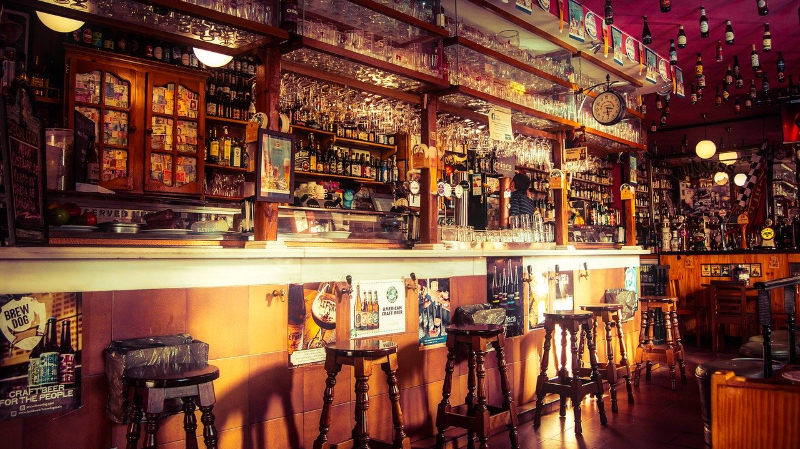 Indexer: Inhospitable – The Sector Of Our Local Economy Being Devastated

As humans across the world try to avoid each other, nearly every part of the economy is affected one way or another. Supply chains are strained, people must work from home and some services—going to the dentist—seem downright terrifying.

For most sectors, these are inconveniences. But for one big sector, leisure and hospitality, the crisis is devastating. Customers were already staying away from restaurants and theaters and hotels, and now government action is closing them down. An entire segment of economic activity has simply disappeared. “Social distancing” and hospitality just don’t go together.

It is easy to imagine how damaging this is to the lives of those who work in that sector, many of whom already live on the economic margins. They are out of work with no prospect of gaining employment in their industry for an indefinite time. The worst impacts will be felt by the many gig and self-employed workers in the sector who are not eligible for unemployment benefits and cannot be easily found for targeted relief. Mitigating the hardships of workers will be a real test of public leadership.

In these early stages, before any data is available, it is not clear just how the disappearance of all this activity will affect the rest of the economy. The past two major recessions — the dot com bust of the early 2000s and the housing bust of the later 2000s — were quite different. In both cases, investment capital had been driving growth, and that capital—venture funding and IPO proceeds in the first case, and construction and mortgage lending in the second case—dried up in a hurry and did not return for a long time.

This time it is consumer spending that is drying up and no one knows how long it will take before it returns. We don’t know if diners will flood back into restaurants as soon as they have permission. One worry: consumers will use the return to normalcy as a time to restock depleted savings.

How much of the economy is at direct risk right now? The New York Times provides a national look at the magnitude of these sectors, and we’ll take a look at Washington State. (NYT includes the transportation sector, which is difficult to break out at the sub-national level.) Figure 1 shows statewide employment as of last June (the most recent data) in the broad leisure and hospitality sectors. It is important to note that Figure 1 shows “covered” employment, which excludes gig and self-employed workers.

Altogether, this sector accounts for one in ten jobs in the state, which is quite significant. It is difficult to imagine that any of these industries will be lightly touched, and some, like the full service restaurant industry, will be very hard hit.

A complicating factor is the seasonality of most of this sector. Many arts organizations do not operate in the summer, and sports are seasonal. Outdoor recreation tends to be seasonal (ski in the winter, golf in the summer) and hotel occupancies are higher in the summer. The shutdown will disrupt these patterns, as arts organizations and ski areas lose revenue by closing early, and summer businesses cannot know how to staff up for an uncertain season.

Another unknown factor is the strategies that some deep-pocketed industries may use to try to hold onto employees, given that labor markets have been very tight. It is not clear how much the current disruption will change the underlying structure of the labor market. Hotels do not want to be scrambling for housekeepers and airlines do not want to be short of baggage handlers when business picks back up. The workers laid off from these industries will be looking for work in other sectors, and those that are successful may be reluctant to go back to their old jobs, should they reappear.

Figure 2 shows the payroll for these industries. As might be expected, this presents a different picture. The combination of low hourly wages and part-time work keeps the average annual earnings in these sectors relatively low. So while the sector accounts for 10 percent of covered jobs in the state, it accounts for less than 4 percent of the state’s total payroll. Note that figures for the second quarter will tend to understate earnings for many seasonal industries.

The relatively low earnings in this sector cut two ways. First, the workers themselves will likely have few resources to fall back on when they lose their paychecks and tips. Governments will provide assistance, but it will almost certainly fall short of making up for lost wages. At the same time, the drop in personal spending by these workers will not ripple through the economy in the same way as the lost earnings of software engineers in 2000 or bankers in 2008. Every ten new banking and software jobs support between 20 and 30 more jobs in the economy, while every 10 new jobs in the leisure and hospitality sector support only about five additional jobs.

We are faced with a unique situation that economists have not seen in recent years, or maybe ever: the vast majority of people working and earning their same paychecks, but discouraged or prohibited from spending them in very specific ways that are largely discretionary. So what happens to the money that would have been spent in the leisure and hospitality sector?

We can imagine lots of answers. Saving and paying down debt out of fear and uncertainty? Spending it on other things, mostly ordered on-line? Postponing travel, but planning to go eventually? It will be a long time before we have any sort of read on this question. But the length and depth of what seems like an inevitable recession depends in large part on how money gets back into normal circulation. The market psychology is a big unknown.

And we just don’t have much data to go on yet. The big drop in employment will show up in April. Layoffs mostly began in March, but a worker with even one day of work in March will be counted as an employee for that month. In early June we will get the state’s quick-and-dirty estimate of employment for April, but this is given in big categories and does not include wages. The drop in earnings will not be seen for quite a while.It will be many months before we have a handle on what has been happening and how these short term events will shape the long term economy. This event will keep economists busy for years.

Next: tax and overall economic impacts

Michael Luis
Michael Luis is a public policy consultant who has been wrestling with housing, growth and economic development issues around Washington State for over 30 years. He is author of several books on local history and served as mayor of Medina.
Previous article
The End of Movie Theatres?
Next article
Italian Diary: Coming Together In A Crisis