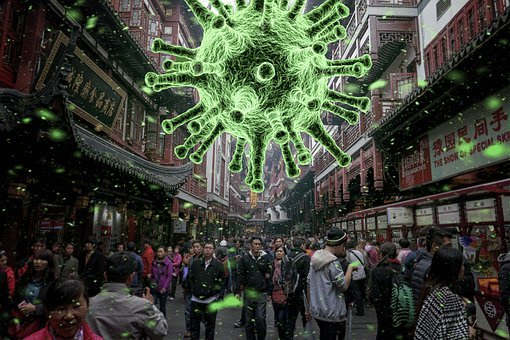 On The Seattle Menu: Plague Mentality

You know what’s happening, don’t you? Many of the employees at Amazon, Twitter, Facebook, Google, and so on, who’ve been told or encouraged to work from home, what with the coronavirus still ablaze and all the rage, are flocking to coffee shops and the like, laptops in hand. They are sneering at the virus, daring it with dark humor to come near, though dutifully and rigorously and vigorously washing their hands – and with soap, by golly!

My daughter’s roommates are also at home today, presumably working, but tonight they all have plans to hit a wine bar near their rental home in Green Lake. And yet, two of her college chums from Sacramento – they all graduated three years ago from the University of Oregon – canceled plans to fly up to Seattle this weekend.

Before the late breakfast, I got a haircut at The Shop on upper Queen Anne. The woman who cut my hair volunteered that she and her boyfriend had an early dinner the night before at Wild Ginger. “It was wonderful,” she gushed. “Hardly anyone in the place and the streets, well, it was like downtown used to be. It was great! No traffic at all.”

Still, soon, if not already, the novelty of sealing themselves in their houses and apartments (at least by day), while the virus continues on its inexplicable path, will wear thin.

Lance Morrow, one of the nation’s most elegant essayists, who honed his craft in Time magazine, came out in 2006 with a compilation of some of his most thoughtful and insightful pieces. The book, recently re-released, is titled “Second Drafts of History.” One of the essays, published in Time on September 23, 1985 (Between 1981 and 1985, some 6,000 people died of AIDS in the United States.) is called “The Plague Mentality.”

In it, Morrow wrote: “The plague mentality is something like the siege mentality, only more paranoid. In a siege, the enemy waits outside the walls. In a plague or an epidemic, he lives intimately within. “Death drifts through human blood or saliva. It commutes by bug bite or kiss or who knows what. It travels in mysterious ways, and everything, everyone, becomes suspect: a toilet seat, a child’s cut, an act of love. Life slips into science fiction.”

It seems to me, having just gotten my daily fill of coronavirus coverage on CNN and MSNBC, that we are moving rapidly into the strange realm of plague mentality, which often results from ignorance and fear.

As Morrow put it, “When medicine is ignorant about a lethal disease, then the only intelligent approach, by mothers or anyone else, is to be fearful and intensely cautious. “But, like a plague itself, a plague mentality seems an anachronism in elaborately doctored postindustrial America.” So, tonight, it’s off to a wine bar for my daughter and her roomies. Have a great time – and make sure to wash your hands. With soap!