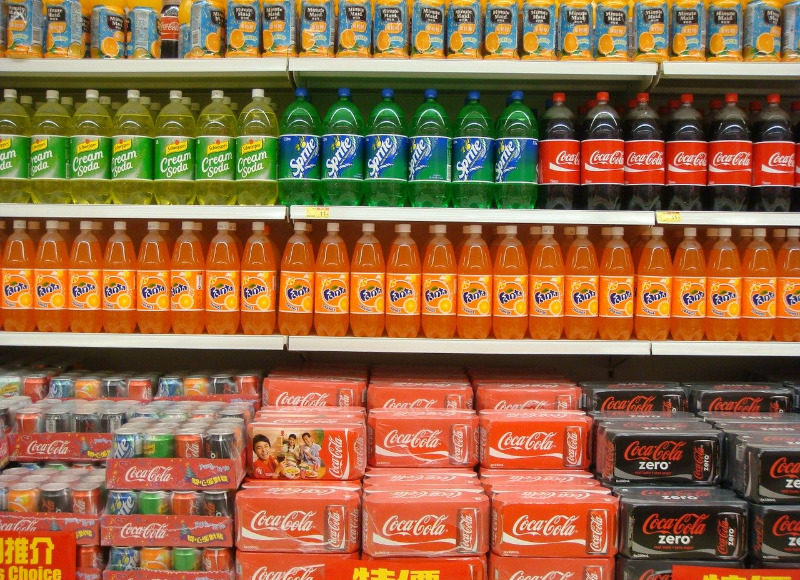 In June of 2017, the Seattle City Council passed a 1.75 cent-per-ounce tax on sugary beverages, which took effect on January 1, 2018. Today, over two years later, we still don’t have any idea whether it’s succeeding — or even a clear, agreed-upon definition of success. And that situation is unlikely to change soon.

Seattle is not alone in having passed a “sweetened beverage tax.” Such taxes have also been passed in four Bay Area cities (San Francisco, Oakland, Berkeley, and Albany), as well as Philadelphia and Boulder. Several other countries around the world have also passed soda taxes. And while it’s clear that they raise tax revenues, it’s far less clear whether as a public health intervention they actually reduce the purchase and/or consumption of unhealthy sugared products and improve health.

In part, this is because there is no common way to define or measure the public health “success” of a soda tax. There are many ways to look at it:

There are also other factors to consider in our assessment of “success,” such as what the economic costs are to making such a change, or what programs were funded with the revenues (the politicians’ favorite measure).

Since there is no agreement on the definition of “success,” it should be no surprise that there is also no consensus on how to formulate a successful sweetened beverage tax. Among the factors that vary across jurisdictions:

However, none of this has stopped studies from being done; there are dozens of research papers examining soda tax implementations in various cities and in other countries. The results that they report are, predictably, all over the map. Here is a sample of some of the research studies:

As you can tell, it’s difficult to conclude much of anything from these studies as a group; they have neither consistent methodologies nor consistent results. The tax might be working in Berkeley, but not in its next-door neighbor Oakland. Some cities have seen a big uptake of water as a substitute; others none. Some cities have a 100% pass-through rate for the tax, while others have anywhere from 40% to 60%. The variances in population, geography, income, culture, and other factors such as the parameters of the tax itself make it impossible to see patterns.

So far there isn’t much data on Seattle’s soda tax, despite the fact that the city commissioned its own study at the time it enacted the tax. The Seattle perceptions study cited above was actually done by the research group officially contracted by the city (through King County Public Health). That group has been a disappointment: after producing a pre-tax baseline report in August 2018 and an initial study on the pass-through rate for the tax (102%) in January of 2019, it has delivered nothing since, pushing out its report on the first year of the tax from summer 2019 to autumn 2019, and then again to the end of the first quarter of this year. In the meantime, the city and county have continued to renew its contract and increase its funding, while simultaneously rewriting some deliverables to less ambitious goals.

To be fair, the original assessment plan as explained in their contract, was ambitious, to say the least:

The contract was also explicitly designed to have annual extensions for the next year’s work, according to a multi-year evaluation plan that varied components for each year (here are the 2018 and 2019 evaluation plans). But in one of many signs that this is not going well, the 2018 evaluation plan was finalized in June 2018, and the 2019 plan was similarly finalized in June 2019 — making it awfully hard to collect data at the beginning of the year. The contract, too, is a bit of a mess and has been since the beginning. It was first signed in January of 2018, three months after work began (as they needed to collect baseline data before the tax went into effect on January 1, 2018), for a total of $156,000 and with an end date of July 31, 2018, and it focused on evaluating economic outcomes and surveying norms and opinions about the soda tax. The contract has since been amended four times:

One of the more eyebrow-raising aspects of this contract is that it includes no deadlines for any of the deliverables.

Last October when I asked the lead PI on the study, Dr. Jessica Jones-Smith, why the Year 1 report was taking so long to deliver, she replied by email: “Our team has a lot going on this year—the SBT study has multiple components and we all also have other studies and deadlines we are working on. It’s not unusual for a study like take this long. We are hoping to be able to present the results in a few months.”

By the way, don’t expect the UW study to provide a tremendous amount of illumination into how the soda tax has changed consumption in Seattle; the UW team is only evaluating the changes in consumption for children and parents of low-income families. That is, no doubt, an important area to study, as sugared beverages are marketed to low-income communities and have a high impact on their health; but they are only one community impacted by the soda tax. When the City Council passed the tax, it authorized up to $500,000 per year to be spent on evaluating it; the city could be spending more money than it currently is, if it deemed it necessary, in order to get a comprehensive evaluation. Instead we are getting an evaluation that is late, poorly managed, and woefully incomplete. That is the shared responsibility of the UW evaluation team, King County Public Health, and the City of Seattle.

Apart from the fact that their long-overdue first report on the impact of Seattle’s soda tax is apparently not their priority, the UW team also has a long-standing conflict of interest issue with one of its intermittent members, Dr. Jim Krieger. Krieger, who holds positions at UW Medicine and UW’s School of Public Health, has a long and distinguished career as “a nationally recognized leader in the development and evaluation of community-based chronic disease prevention programs.” But he also has a side gig: he runs Healthy Food America, a nonprofit advocacy organization that lobbies governments for, among other things, passing soda taxes.

According to the organization’s IRS filings (here, here, here and here), between 2015 and 2018 Krieger earned over $280,000 in income from Healthy Food America — including the period of time in 2017 when he was actively lobbying the Seattle City Council to pass a soda tax. After the tax passed, Krieger became both a member of the evaluation team at UW, and a co-chair of the Sweetened Beverage Tax Community Advisory Board, which makes recommendations to the city on how soda tax revenues should be spent. He left the SBTCAB in the summer of 2019.

According to the evaluation team’s baseline study report, “Dr. Krieger served on the SBT Evaluation Team from November 2017 until February 2018 and was not involved in the analyses or interpretation of data or the writing of this report.” However, he was back on the team last year, and is listed as a co-author on the study of public perceptions that the team published last July. That same month, as the Council was having a public spat with Mayor Durkan on how to spend soda tax revenues, Krieger appeared at a press conference called by Council member O’Brien, and claimed that the soda tax was working and that he had seen the UW study report pre-publication — the report which still has not been published (watch the press conference here).

So long as Dr. Krieger is paid to run an advocacy organization that lobbies for soda taxes, he should not have any relationship to the team evaluating Seattle’s soda tax, and he also shouldn’t have had any official responsibility for providing spending recommendations on the city’s official advisory board.

Sometime next month, we will hopefully get the first official report from the UW team on what happened in 2018 with Seattle’s soda tax. It might give us a hint as to whether the tax is achieving its goals here in Seattle, but beyond that it will be just one more data point among a very messy field of studies that give conflicting reports and apples-to-oranges comparisons.

One day there may be consensus on whether soda taxes work — and under what conditions — but that day will not be soon.

Kevin Schofieldhttp://sccinsight.com
Kevin is a city hall reporter and the founder of SCC Insight, a web site focused on providing independent news and analysis of the Seattle City Council and Seattle City Hall in general. In a previous life, he worked for 26 years in the tech industry in a variety of positions but most notably as the COO of the research division at Microsoft. Kevin volunteers at the Woodland Park Zoo, where he is also on the Board of Directors. He is also the Vice Chair of the Board of Trustees of Harvey Mudd College.
Previous article
Unrelenting Grays: Native Myths About Endless Rain
Next article
Architect Rem Koolhaas, Restlessly Voyaging into the Future