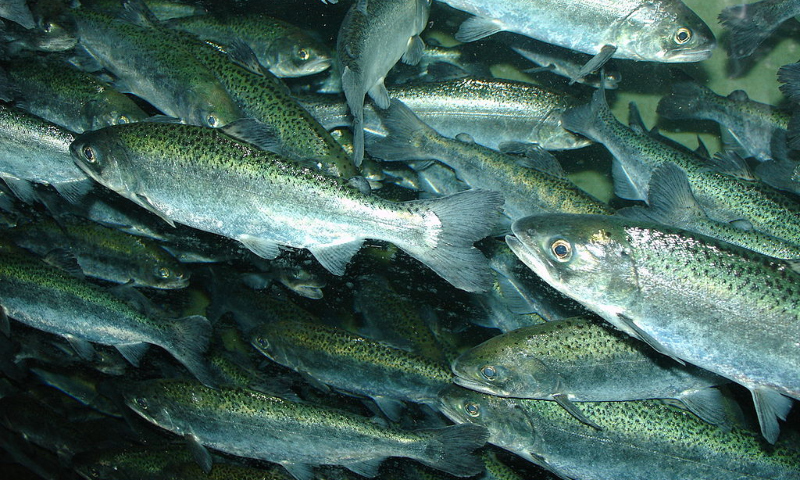 Are We Going To Save Orcas Or Not? Another Blow to Chinook Salmon

The National Marine Fisheries Service (NMFS) has green-lighted a fishery that harvests fish from four threatened chinook salmon runs from Washington and Oregon, and an assortment of chinook, including them, that would otherwise provide food for the endangered – and starving – Southern Resident Killer Whales (SRKWs).

Now, Wild Fish Conservancy (WFC) has given NMFS, its parent Commerce Department, and Commerce Secretary Wilbur Ross notice that it intends to sue them for violating the Endangered Species Act (ESA).

The suit will take aim at the chinook troll fishery off southeast Alaska.  “Most people don’t realize that over 97% of the Chinook salmon caught in the ocean off Southeast Alaska are not from Alaska, they’re actually from rivers in British Columbia, Washington, and Oregon,” WFC says in a press release.  “’These salmon are not Alaskan salmon . . . [they] belong to the rivers and peoples of the entire coast, as well as the killer whales and coastal ecosystems that depend on them,’ said [WFC executive director Kurt Beardslee.”

The listed populations include chinook from Puget Sound, the Lower Columbia River, and the Upper Willamette River, plus Snake River fall-run chinook salmon that were listed back in 1992. (Listing has not enabled any of those populations to recover.)  Chinook from the Fraser and other British Columbia rivers, which aren’t protected by the ESA but provide crucial food for the orcas, are caught off southeast Alaska, too.

Since the letter came out and got a bit of publicity, ”we’ve been getting calls from commercial fishermen in Alaska thanking us,” Beardslee says.  “I was not expecting that.”

Last year, in a biological opinion (BiOp) on the management of that southeast Alaska fishery, NMFS conceded that the fishing would reduce the food available to Puget Sound orcas.  It would be kind of hard to miss that connection. Beardslee suggests the logic of “removing food from in front of a starving animal” is pretty clear.

Nevertheless, NMFS argued that allowing the fishery to continue would not jeopardize the listed salmon populations or the orcas.  Why not?

NMFS concluded that the fishery wouldn’t jeopardize their survival because of “mitigation” measures that would – some time in the undefined future — increase the number of fish. Basically, the federal agency relies on targeted funding that at this point has no targets and no funds. And, Beardslee points out, even if both targets and funds materialize, by NMFS’s own estimation, they won’t pay off for at least 4 to 5 years. If you’re a starving orca, that’s a long time to wait.

“Fishermen are not at fault,” Beardslee says in his organization’s press release. “NOAA has failed fishermen, salmon, and orcas for decades by authorizing Southeast Alaska’s overharvest of non-Alaskan Chinook. Fishery managers and NOAA could resolve this by moving Southeast Alaska’s Chinook fishery in or near the Alaskan rivers where their Chinook were born, allowing Chinook from down the coast to migrate back to their home rivers along the coast, and giving Southern Resident killer whales a chance to feed.”

This would, of course, mean trollers would catch fewer fish – that’s the whole point – and would therefore lose money.  Beardslee acknowledges this. What government should spend money on, he says is not biological mitigation to overcome the effects of catching salmon but economic mitigation to cushion the impact to a handful of fishermen of not catching salmon.

And the federal government could go back into negotiations with Canada over the treaty that allocates salmon between the two nations.  “The Pacific Salmon Treaty is what’s really at fault,” he argues. It has handed decision-making to “folks who have a vested interest in over-harvest.”

“We need to make up our minds,” Beardslee says.  “Are we going to save [the orcas] or are we not?”  At the very least, he suggests, we should be clear about what they need, and what we are doing or not doing to provide it.  “Let’s stop lying to the public,” he suggests.

Dan Chasan
Previous article
Everyone Wanted To Be Silicon Valley – Now Silicon Valley Is Everywhere
Next article
Urban Asset: What To Do With Underused Churches