“Silicon Valley is the only place on Earth not trying to figure out how to become Silicon Valley.” That’s how Ethernet inventor and 3Com founder Bob Metcalfe put it in the late 1990s, around the time I started tracing this long, strange trip myself. It’s a quest full of great moments, from Charles de Gaulle’s pilgrimage to the research parks and shopping centers of Palo Alto in 1960 to Russian president Dmitri Medvedev’s touring Twitter and Apple in 2010. (Ashton Kutcher even makes a guest appearance.)

But it’s also a tale of seven decades of economic dreams unfulfilled, with most efforts falling short of their original intentions. Beautiful research parks and generous tax breaks attracted outposts of multinational companies, but fostering a lively startup community proved elusive. Replicating the distinctive mix that had evolved in the Bay Area and Seattle was near-impossible.

My message, for a long time, was a pessimistic one. Watch out, silicon hopefuls; it’s a lot harder than you think.

That’s what I realized during my travels and interviews last fall while promoting my new book, “The Code: Silicon Valley and the Remaking of America.” My travels took me to both coasts and Europe and included lots of interesting conversations with journalists from around the world. There are startup clusters all over now, the result of technological, social, and economic shifts that have given tech a much more footloose geography and allowed industry networks to cross borders and oceans with ease. They also (like the original Valley) are the result of government policy, which has moved beyond research parks and a sprinkle of wishful thinking to more entrepreneurial, human-capital-focused strategies.

The new reality hit home onstage at Web Summit in Lisbon, where I was in conversation with government tech-policy leaders from France, Rwanda, and Hong Kong. It came from being in Lisbon itself, which has a thriving startup community thanks in part to government incentives designed to keep Portuguese technical and business talent from leaving for tech regions abroad. It was reinforced by conversations with entrepreneurs and companies that are global in workforce and customer base.

It also was a takeaway of the whole Amazon HQ2 saga, which is now a many-news-cycles-ago story but one that reverberated throughout the way cities were thinking about the tech sector this past fall. Overlooking the warnings of historians ;-), hundreds of cities and regions had dangled tax incentives in front of the tech giant, only to have Amazon choose two urban places, Northern Virginia and New York City, where it was already expanding. Political backlash propelled Amazon to pull out of New York, but it continued to grow its presence there anyway, without the tax breaks. So did Google, Apple, Facebook, and more.

The headline lesson: talent, not tax breaks or fancy facilities, is why tech companies make particular location choices. In the 1950s and 1960s, high tech suburbanized in part because that was where their employees wanted to live. Now large, vibrant, diverse cities are the location of choice for many tech companies–because those are the preferred locations of the workers they need to recruit and retain.

Tech’s return to the city helps explain the new geography of the next Silicon Valley, and why the Valley is no longer a place in Northern California, but a global network. As tech shrinks down (mobile) and scales up (cloud), and software permeates every industry, landscaped research parks are giving way to dense urban neighborhoods. That creates new challenges of its own, of course, still giving me plenty to write about. But for someone who started on this path explaining why tech was a creature of the postwar California suburbs, it’s a pretty remarkable departure.

It’s also a reminder that high tech glory won’t last forever. Don’t get me wrong; Silicon Valley–and tech-booming Seattle, for that matter–will be around for quite a while. But ultimately they’ll become like ancient Athens, Renaissance Florence, industrial-age Manchester, auto-age Detroit: capitals of innovation eventually surpassed by other places, other technologies, other business and political systems. 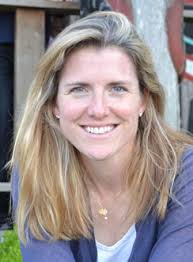 Margaret O'Mara
Margaret O’Mara is the Howard & Frances Keller Endowed Professor of History at the University of Washington and a contributing opinion writer at The New York Times. She writes and teaches about the history of U.S. politics, the growth of the high-tech economy, and the connections between the two.
Previous article
The Impeachment Show As Comedy. Very Dark Comedy.
Next article
Are We Going To Save Orcas Or Not? Another Blow to Chinook Salmon