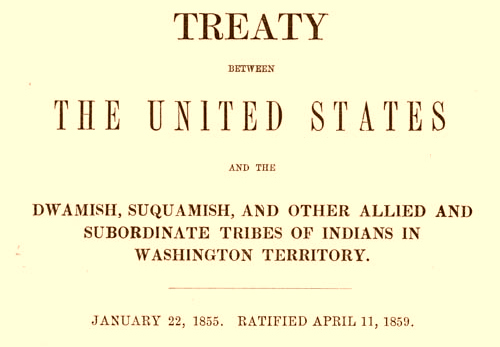 A Native American Movement for Reparations Starts to Find its Voice

As African Americans led the civil rights movement in the 1960s, Native Americans followed suit, arguing in the courts and lobbying for legislation to counter oppression.  As arguments supporting Black reparations have gained broad public attention, a similar movement is finding its voice in native communities. Both movements are as old as the nation itself. The need to deal with legacies of iniquity and inequity has once again recaptured national attention.

H. R. 40, introduced in Congress in 2017, would establish a commission to examine ways to address the harm inflicted on African Americans whose ancestors were enslaved and trafficked to English colonies and the U. S. since 1619, and who have suffered violence, rape, murder and wholesale theft since.  Arguments for Native American reparations address the genocidal dispossession, forced assimilation and oppression of a wide variety of indigenous peoples. Complicating the issue legally are the hundreds of treaties colonies and the federal government made with native groups, and the reservations they defined.

These legal instruments recall a bloody conquest beginning with the Pequot War in 1630s New England and ending at the 1890 Wounded Knee Massacre in South Dakota. This long sweep of history is a cataclysm poisoning subsequent relationships between government and Native Americans.  Karen Driver, of the Fond du Lac Band of Lake Superior Chippewa, recently argued that, as a prerequisite for any conversation about reparations, “the federal government needs to fully fund its obligations that were pre-paid by tribes with land.”

Wounded Knee’s hundreds of victims, mostly old men, women and children, were Lakota Sioux, and the history of the Great Sioux reservation as defined by the Treaty of Fort Laramie in 1869 underscores a painful legacy.  In 1868, territories ceded to the Sioux nation stretched from Colorado to North Dakota and from central Wyoming to eastern Nebraska. But white greed, abetted by a clause common in most treaties that gave the President authority to change reservation boundaries, whittled away these reservations to a few modern fragments sunk in poverty.

The same happened in Washington state when the original Colville Reservation that stretched west and north of the Columbia River to the Canadian Border and deep into the Cascade Mountains was eventually reduced to its present size by white settlers and miners, empowered by executive order.  The long and difficult struggle of native people in this state to retain fishing rights is well known. What is not commonly known is that native rights to gather berries in National Parks, an ancient and spectacular practice also protected in the treaties, were abrogated in the 1930s. The ban remains largely in force.

We also have the spectacle of Seattle Mayor Jennie Durkan refusing to meet Cecile Hansen, Chairwoman of the Duwamish Tribe, and hear her request for support of the tribe’s federal recognition.  In the 1850s and ‘60s, Seattle’s white residents, intent on making their fortunes from land speculation, actively lobbied the federal government not to create an Indian reservation near the city, making the Duwamish landless.

In his 1974 fishing rights decision, federal judge George Boldt defined landless tribes as unrecognized, and as such, the Duwamish, the first signatories of the 1855 Treaty of Point Elliott, cannot benefit from the promises made to their ancestors by the United States more than a century ago. Also complicating the issue is the fact that recognized tribes apparently disapprove of Duwamish recognition, fearing it will cause officials to slice the federal pie more thinly. These are powerful groups, powerful enough to cause a professed liberal mayor to ignore the Duwamish.

What would native reparations look like?  The Sioux refuse monetary reparations for the loss of the Black Hills in South Dakota to white miners, a place sacred to them in the heart of the Great Sioux Reservation, saying it is beyond price.

Another example, closer to home, is a proposal in Vancouver, B.C. for what could be “the most dramatic statement of urban Indigenous presence in any Canadian city – a new district called Senakw, after the long-displaced village, with 11 towers, 6,000 dwelling units and more than 10,000 residents.”

Then there is the proposal in the Bay Area to restore more land to Native Americans, imposing a voluntary land tax to fund the project. “To help the Sogorea Te’ Land Trust rework the land, populate it with native fruits and herbs, transform into a community and to restore even more land to California’s Indigenous community, local residents and businesses can pay the organization a Shuumi land tax. ‘Shuumi in our language means gift,’ [spokeswoman Corinna] Gould explained. Non-Native residents can choose to pay the tax as a way to show support and gratitude for the Native people hosting them on their ancestral lands.”

Native reparations are now back in the public agenda. The issues will be difficult and costly to resolve.