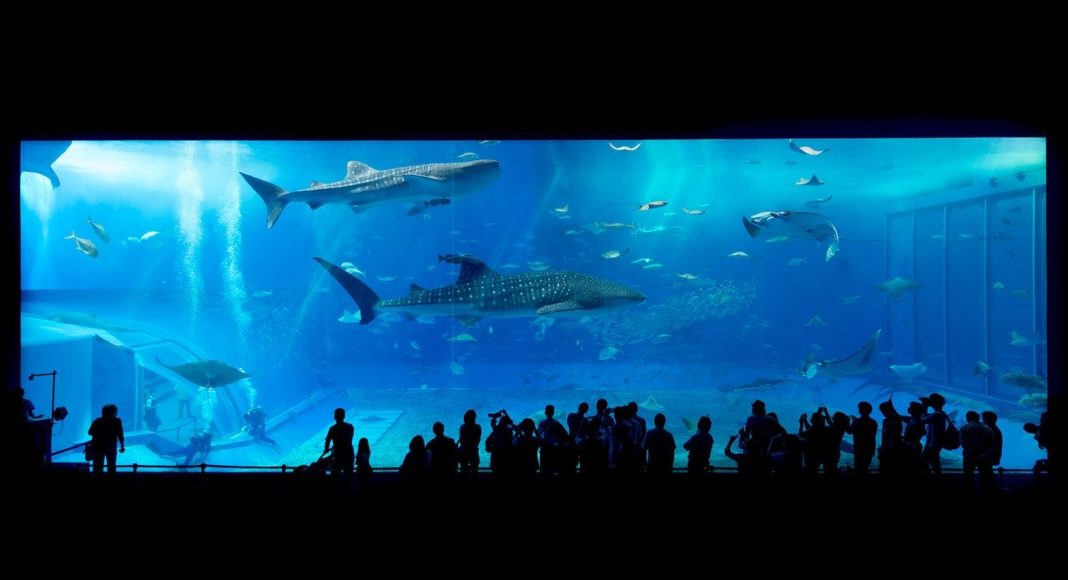 Chris Rogers, a leading project manager in Seattle (Town Hall, Bullitt Center, SAM Sculpture Park), is raising an alarm about the expansion plans for the Seattle Aquarium, which wants to build a big shark tank in its new $100 million Ocean Pavilion on the waterfront. Rogers, who worked as a consultant in the early phases of the aquarium expansion project, questions the need for captive sharks, and the high energy consumption of the proposed new wing. His op-ed in the Seattle Times lays out his concerns.

Sharks, of course, may have little to do with Puget Sound marine life, but they are huge draws for aquariums. Meanwhile the aquarium expansion is a keystone for the new central waterfront park. It’s tucked under the stair-stepped pathway down from the Pike Place Market to the shoreline park. On the roof is a splendid overlook of the Sound. Original plans to expand the Seattle Aquarium onto adjacent piers were nixed by laws that forbid shadowing fishruns underneath any over-water expansion, so the Ocean Pavilion is inshore from the existing aquarium.

One way out of this problem could be virtual reality. That’s what is proposed in Sarasota, where the sharks and whales will be virtual, not captive. As reported by Orlando Weekly: “One of the first aquariums to bring in the new experiences is Sarasota’s Mote Marine Laboratory and Aquarium, where eight of Immotion’s [AR] experiences are offered. The Gulf Coast aquarium is in the midst of a multi-year plan to build one of Florida’s largest aquariums, and is committed to using ‘interactive, advanced, digital, and augmented reality technology’ throughout the $130 million new Mote Science Education Aquarium.”

David Brewster
David Brewster, a founding member of Post Alley, has a long career in publishing, having founded Seattle Weekly, Sasquatch Books, and Crosscut.com. His civic ventures have been Town Hall Seattle and FolioSeattle.
Previous article
Not Just Trump: NW Republicans’ Other Problematic Candidates
Next article
A Native American Movement for Reparations Starts to Find its Voice