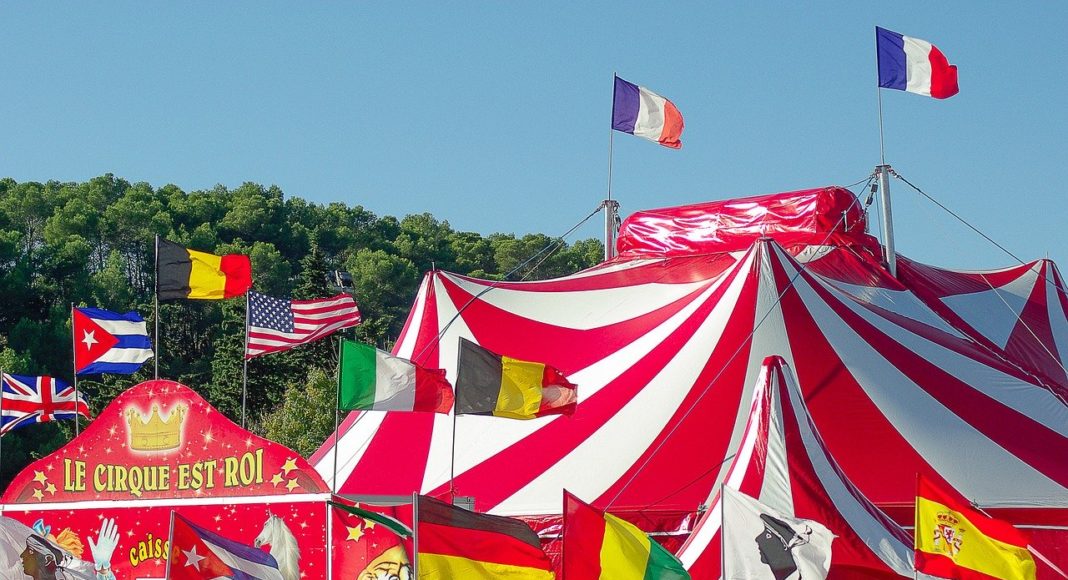 One of the aspects of performance art is to induce foolish behavior by those viewing the performance, as by luring exasperated police officers to make fools of themselves in trying to arrest demonstrators. Keep this in mind as you watch the next acts of the impeachment drama.

The Senate impeachment trial is likely to be another dreary parade of focus-group-tested speechifying. The opening round, sparring between Speaker Pelosi and Majority Leader McConnell, is an effort to get Senate Republicans acting badly or as one might say, acting McConnelly by rigging the trial. It’s a measure of Pelosi’s shrewdnesss that she has put the Senate Republicans in this spot, and so far they are eagerly playing their assigned bad-guy roles. She probably knows that McConnell is more than ready to suit up as a villain.

Of course, the real point of this play-acting is to influence the 2020 elections, particularly the chances for electing Republicans in Congress, by inducing them to speak whoppers and look like sycophants to Don Donald. Eventually, Pelosi herself will look foolish if she refuses too long in sending over the impeachment charges and allows House Democrats to behave in too naked a political fashion.

Politics now has become a dumb-show, where the point is not to resolve issues but to get others to prance on a stage to a script written by your opponents. The media lap this up, of course, but this can’t be what the Founders had in mind when creating a self-governing Republic.

David Brewster
David Brewster, a founding member of Post Alley, has a long career in publishing, having founded Seattle Weekly, Sasquatch Books, and Crosscut.com. His civic ventures have been Town Hall Seattle and FolioSeattle.
Previous article
Bullshitting Versus Lying — There’s A Difference, You Know
Next article
My Very Bad, No-Good Christmases