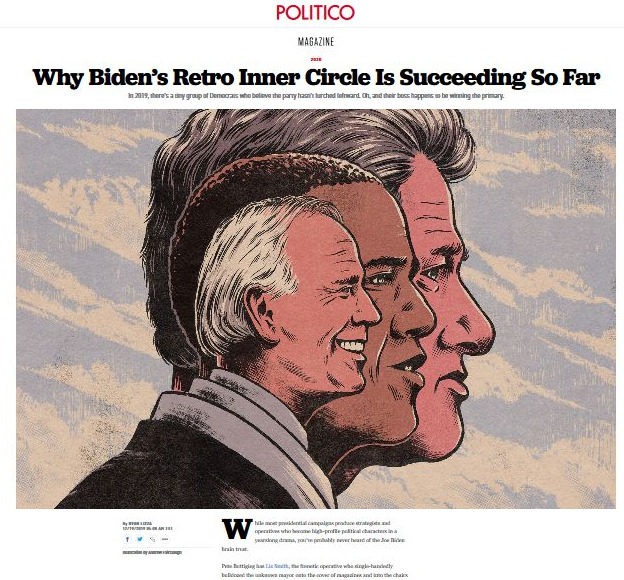 Who’s Right About The Democratic Party: Joe Biden or The New York Times?

Ryan Lizza has a fascinating and insightful new Politico magazine piece on why the Biden campaign is doing so well — and why listening to political narratives promoted by Twitter and the media gives people a false sense of where the center of gravity in the Democratic Party currently is.

Biden may or may not get the Dem nomination, but the durability of his support and his consistent hold, however insecurely, on front-runner status flies directly in the face of the confident proclamations from Twitter and the national media that the present day Democratic Party electorate is dominated by the (largely white and highly educated) hyper-polarized activist left.

Lizza explains how, at the outset of this campaign, Biden’s top advisors saw a different reality: that the national media, consisting largely of hyper-polarized highly educated white progressives over-represented at papers like The New York Times and The Washington Post, were making a fundamental mistake in assuming that the hard left group think on Twitter mirrored reality.

Instead, the advisors surmised that the real majority in the party consists of non-college-educated whites and minority voters, the vast majority of whom don’t tweet, aren’t woke, whose attitudes about gender relations weren’t all that affected by #metoo, who think Biden’s penchant for hugging people is a sign of his warmth (rather than that he’s a handsy creep), who don’t think passing legislation to lock up criminals is proof you’re a racist, and who don’t really care much about how Biden handled the Anita Hill hearings more than a quarter century ago.

Lizza has long been one the best political reporters in American journalism, and this is the best article I’ve read about the presidential nominating contest in a while. It’s on the long side, but well worth the time. Read it here.

Sandeep Kaushik
Sandeep Kaushik is a political and public affairs consultant in Seattle. In a previous life, he was a staff writer and political columnist at the Stranger, and did a stint as a Washington State correspondent for Time Magazine and for the Boston Globe, back in the olden days when such positions still existed.
Previous article
Where Have All the Russia Hawks Gone?
Next article
Republicans’ Rigged Senate Trial? It Might Be Democrats’ Best Option