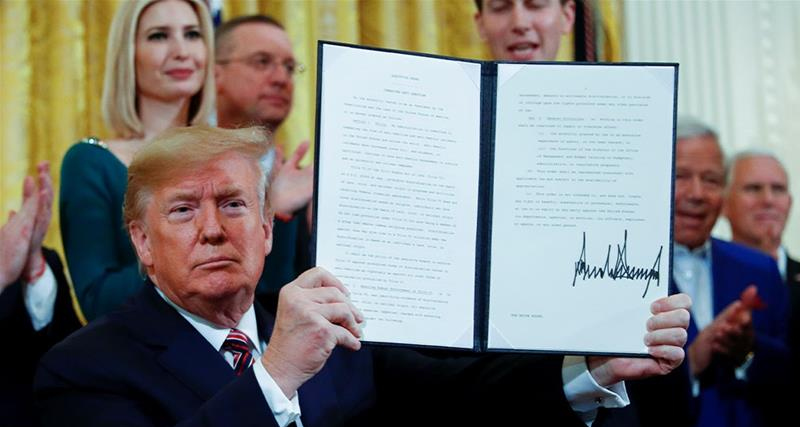 With anti-Semitic hate crimes and deadly incidents on the rise since Donald Trump won the 2016 presidential election, many American Jewish organizations have demanded a federal response to this growing problem. An executive order signed by President Trump on December 11, 2019 purports to answer those demands. However, it was met with an immediate storm of criticism from the very people it aims to protect. The problem is, the executive order misidentifies the most serious perpetrators and causes of anti-Semitism and risks hurting American Jews more than it helps them.

The executive order aims to broaden American Jews’ protections against discrimination in two ways. First, it extends to Jews in particular the protections of Title VI of the Civil Rights Act, which prohibits discrimination on the basis of “race, color, or national origin” in programs receiving federal support. Second, it adopts the International Holocaust Remembrance Alliance (IHRA) working definition of anti-Semitism, tasking all government agencies charged with enforcing antidiscrimination laws to “consider” the working definition.

Additionally, it focuses explicitly on college campuses, claiming that Jewish students are particularly vulnerable to anti-Semitism. And, while it doesn’t name the Boycott, Divest, Sanctions (BDS) movement, which is popular on many campuses among critics of Israeli policy toward Palestinians, it seems clear that the order will have at least a chilling effect, and possibly other serious ramifications, for college students who speak out in favor of or organize for Palestinian freedom on campuses. Jared Kushner, a senior adviser of the president and his son-in-law, openly acknowledges that the main aim of the order is “protecting” Jewish college students from criticism of Israel. “Anti-Zionism is anti-Semitism,” he writes in a New York Times op-ed.

Kushner employs a common but disingenuous argument in his op-ed. While Anti-Zionism and anti-Semitism are by no means mutually exclusive categories, neither are they mutually co-constitutive. The executive order’s attempt to silence pro-Palestinian voices on college campuses risks violating the rights to free speech of those same students. This is a brazenly hypocritical stance from the same administration which routinely relies on free speech claims to defend the rights of provocateurs like Milo Yiannopoulos and Ann Coulter to speak at hostile college campuses. The executive order blurs the distinction between (on the one hand) individual expressions of opposition to Israel or Israeli policy — which may be distasteful, offensive, even hateful while remaining legally protected — and (on the other hand) institutional discrimination against Jewish students.

It is in the Trump administration’s interests to encourage the conflation of anti-Zionism and anti-Semitism, and to inflate the threat posed by BDS activists and other critics of Israel. This is true for a number of distinct but related reasons.

President Trump’s own rhetoric, the Republican party, and the media apparatus which supports these factors are more dangerous to American Jews than any politically active college students. The two deadliest attacks on Jews in the country’s history (on October 27, 2018 in Pittsburgh and April 27, 2019 in Poway, California) were carried out by two separate white nationalists, each of whom espoused xenophobic conspiracy theories blaming immigrants for numerous real and imagined problems and placing Jews at the head of a supposed world-wide conspiracy to undermine the United States and whiteness. President Trump’s inflammatory rhetoric on immigrants certainly does nothing to discourage either xenophobia or the anti-Semitic theories which go hand in hand with it.

The most recent lethal anti-Semitic attack, in a Kosher grocery store in Jersey City, New Jersey on December 10, cannot reasonably be laid at the feet of President Trump or the Republican party, but neither did it emerge from movements critical of Israel. Instead, it appears to have been carried out by two gunmen affiliated with a black nationalist movement that, apart from the race of its adherents, shares much, including anti-Semitic conspiracy theories, with white nationalist movements. The executive order says nothing about these very real threats to the safety of American Jews.

By making it appear that the real threat to Jews comes from pro-Palestinian student activists, rather than radicalized attackers from increasingly mainstream ethnonationalist movements, the executive order diverts scrutiny away from the Trump administration’s responsibility for increasing sectarian violence in this country, including anti-Semitic attacks. It effectively scapegoats pro-Palestinian student activists while attempting to give the president the moral high ground on the thorny and divisive issue of Israel/Palestine.

This is not to say that the idea of protecting Jews against anti-Semitic attacks and discrimination is wrong. In fact, as the growing attacks prove, American Jews are in need of stronger institutional protection. But the executive order misses the mark, failing to address the most dangerous sources of anti-Semitism. It also maligns students and activists with complex, but not necessarily anti-Semitic, political stances toward Israel. Worse, the executive order creates a powerful wedge issue out of a topic that is already raw, since the executive order effectively pits two groups against each other.

Many students (but not all, since some vocal supporters of BDS are students from Jewish groups) who are outspoken in favor of BDS and Palestinian rights come from marginalized backgrounds. Some have already been subjected to state discrimination and surveillance. It is unlikely that there are many Trump supporters in the ranks of pro-Palestinian activists. It is likely that they are politically allied to American Jews, a clear majority of whom vote for Democratic candidates. But by adopting an official, federal stance that conflates anti-Zionism and anti-Semitism, the executive order runs the risk of putting these two broad, internally diverse voting blocs at identity-based odds with each other.

Finally, American Jews, who account for less than two percent of the population, are a highly visible but statistically insignificant voting bloc. This makes the group an ideal scapegoat for cynical politicians who can afford to alienate (or have never had) the Jewish vote. These same politicians understand that, by making coterminous Jewishness and a highly contentious issue like Israel/Palestine, they can undermine the solidarity among the constituencies of Trump’s opposition.

American Jews are, as a group, just as worthy of protection from bigotry, violence, and discrimination as any other minority. Even so, we should be wary of misappropriations of concerns about anti-Semitism and anti-discrimination. And that is exactly what the executive order appears to be. It is a cynical appropriation of Jews’ legitimate concerns for their safety and protection in an increasingly extreme political climate. At the same time, it is also a powerful wedge between Jews and those who might otherwise stand with us. 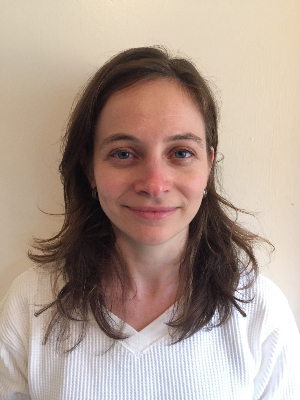