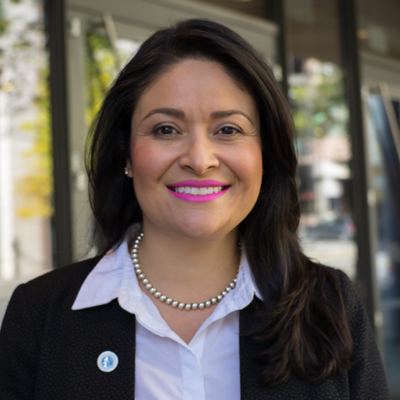 Musical Chairs And A New Mayor?

Seattle Mayor Jenny Durkan continues to give off signs that she is not happy enough in the demanding job to be certain to run again in 2021, when her first term expires. The other important factor in these musical chairs is whether a Democrat defeats President Trump in 2020, opening up federal jobs for ambitious Seattle politicians.

One of the first dominoes likely to tumble, if Trump loses, would be Gov. Jay Inslee, whose audition for a cabinet position (energy or interior) went well in his presidential-primary run. Assume that Inslee is reelected governor in 2020, pretty much a sure thing, and D.C. comes calling with a good job. If Inslee resigns before May, 2021, there would be a special gubernatorial election in November, 2021; if Inslee resigns after May 2021, then the special election would be 2022. Lt. Gov. Cyrus Habib would serve in the interim, and might be a good candidate for governor, running as a temporary incumbent. (Sly question: might other Democrats jump into the race against the popular Habib?)

The three likely Democratic candidates for governor would be Attorney General Bob Ferguson, the favorite, but maybe headed for a federal job himself; lands commissioner Hilary Franz (who has statewide fame); and King County Executive Dow Constantine (who has executive experience). Republicans would be a long-shot, but at least the GOP candidate would not wear the Trump albatross, and the off-year election would depress voter turnout (big turnout is typically a Democratic advantage).

Meanwhile, back at the Seattle City Council ranch, there are at least two councilmembers who seem to aspire to being mayor. One is Teresa Mosqueda, who would be labor’s choice and is relatively popular with her colleagues. The other is Lorena Gonzalez, who started to run for state attorney general before Inslee’s decision to run for reelection froze aspirant Bob Ferguson in the A-G post, and kept Franz in her current post.

But play this game out with me. Trump loses and Mayor Durkan gets a nice federal judicial offer, so she resigns. The new mayor is automatically the council president, pretty much lined up for Gonzalez. That means Gonzalez could run for mayor in 2021/22 as an incumbent.

Here’s the language from the Municipal Code on mayoral vacancy:

It may be that when the City Council picks its new president, succeeding Bruce Harrell, and normally serving two years, we will surreptitiously elect the new Seattle Mayor. By the same token, the pressure on Durkan to stay in her mayoral job, fending off the left-leaning and divisive Gonzalez, will intensify.

David Brewster
David Brewster, a founding member of Post Alley, has a long career in publishing, having founded Seattle Weekly, Sasquatch Books, and Crosscut.com. His civic ventures have been Town Hall Seattle and FolioSeattle.
Previous article
Trump’s Clumsy Ploy to Help Jews Is Mostly a Political Wedge
Next article
The Religious Basis for Pelosi Saying She Prays for the President