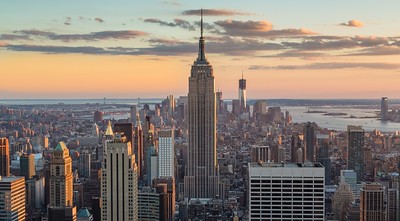 Who Would Do The Most for Cities? Mayor Pete or Mayor Mike?

This New York Times story chronicles the many ways Michael Bloomberg has cultivated mayors and cities. He often dispenses grants to cities across the nation, and has funded a mayoral training program at Harvard. There’s a lively network of Bloomberg-grateful mayors who swap tips and apply for more grants. They also help educate Bloomberg on urban issues, such as the folly of stop-and-frisk. Gratitude flows, as you might expect.

Several beneficiaries have now endorsed Bloomberg for president. (Some mayors of note: Louisville, San Jose, Columbia, S.C, Gary, Ind., Stockton, CA.) Tacoma Mayor Victoria Woodards has endorsed Mayor Mike after her first choice, Kamala Harris, dropped out of the race. Woodards is quoted as saying “When you start to engage with Mike, you are with Mike forever.” “Forever” being mayorspeak for at least a few months.

Mayors running for president are pretty rare, though this year there are four: Mayor Pete, Corey Booker, Julian Castro, and Bloomberg. Urbanism being a major religion in Seattle, one wonders if that will translate into local support for a Democratic mayoral candidate for president, now that Jay Inslee no longer locks up local (if tepid) support. Booker, as former mayor of Newark, would seem to be an atypical town; South Bend, where Buttigieg is still mayor (but term-limited), is too small; San Antonio, Castro’s town, is also unusual being in Texas and strongly hispanic.

That leaves New York, hardly a typical town, but certainly one with the full banquet of tough urban issues. And many grateful fellow-mayors.