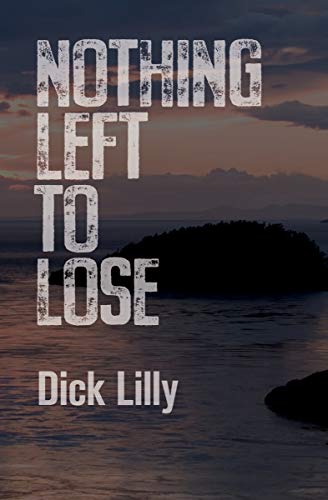 Move over, J.P. Beaumont. Make way, Leo Waterman. These two Seattle crime busters, the creations of writers J.A. Jance and G.M. Ford respectively, have been uncovering the dark side of our cloud-shrouded city for years – Jance introduced her tough and tender SPD cop in 1985, and he’s starred in over a dozen of her popular mysteries since then.

Leo Waterman, a Pioneer Square shamus who called on a recurring cast  of street derelicts for help when he needed it, was chased out of town in Ford’s next-to-last tale so he’s mostly in Mexico in his current update, although he’s headed home in the final chapters. And local author Earl Emerson’s series hero Thomas Black hasn’t been around for a decade, at least not so you’d notice it – he self-published a new one a couple  couple years ago, but you’re unlikely to find it in a bookstore.

Comes now Eric Falconer, Dick Lilly’s investigative journalist turned true crime blogger, in Nothing Left to Lose, his first foray into the mystery genre. It’s self-published by Amazon, like an increasing number of books in the genre. It costs trade publishers a bundle to break out a new author in a crowded field, and most stick with the best-sellers, even when they’re the mediocre products of a writing factory like James Patterson.

Falconer’s on the trail of a Seattle establishment figure who leveraged his inherited lumber fortune into billions in the dot.com boom before it went bust. Victor Wallngford’s empire has crumbled, but he still has a defunct biotech lab on lower Queen Anne, so why not turn it into a meth lab?

Lilly, a veteran of the early days of alt media and fifteen years at the Seattle Times, sets Nothing Left to Lose in familiar and well-evoked locations around town, from restaurants and cafes to the less salubrious spots where dead bodies are frequently stumbled upon by kids who had no business being there in the first place. You can practically smell the salty tang in the air and taste the coffee in one of the author’s favorite cafes. It’s a promising debut. The author says if it appeals to enough readers, it may be the start of a series. Until then, an excellent recap of more Seattle-set local mysteries, written by Jim Thomsen, is worth perusing.