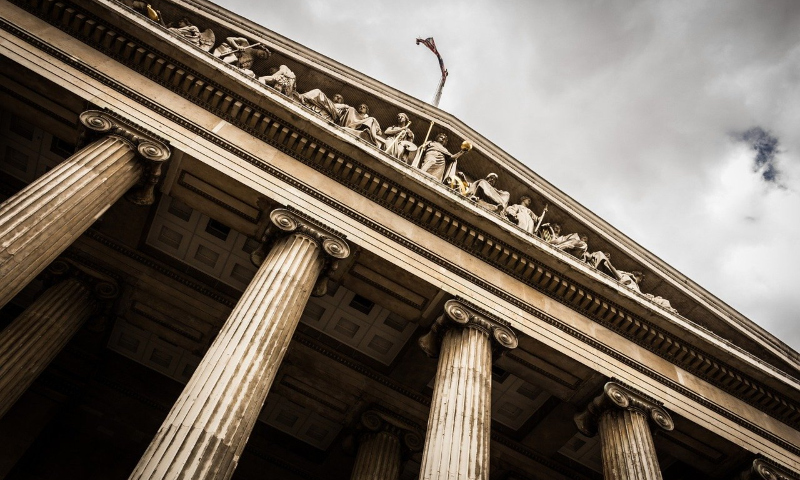 Civic Heavyweights, Unite. You Are In Danger Of Losing Our Democracy.

American democracy is in serious danger. It’s time for respected civic heavyweights get off the sidelines — that’s retired generals and admirals, former Cabinet officers, corporate executives, university presidents, ex-mayors, governors and members of Congress, religious leaders and even entertainment and sports figures — and band together to defend it.

But there have to be hundreds, even thousands, of such leaders who are distressed about and/or disgusted with the increasingly hate-filled tribalization of the U.S. population and inability of the polarized political parties to solve any serious problem.

Most of them are fretting in private. Instead, they should join together and form a powerful organization to systematically criticize bad behavior and praise good; advocate sensible action on pressing issues; raise money to elect moderate candidates and defeat extremists in both parties; and help political reform groups working to combat corruption and polarization.

And, as the growing reform movement shows, there are hundreds of thousands of citizens already active and potentially ready to join them.

The threat to democracy ought to be obvious, but anyone in doubt should read “How Democracies Die” by Harvard professors Steven Levitsky and Daniel Ziblatt, who’ve devoted their careers to studying examples from 1930s Germany, Italy and Spain to 1970s Chile, 1990s Russia and Peru and current-day Venezuela, Turkey and Hungary.

They trace a consistent pattern that begins with deep polarization (ideological groups ceasing to judge each other as mere rivals, but as menaces to the nation), followed by policy stagnation, popular discontent, and the rise of a demagogue who claims he alone can fix things.

His ascent to power (often by election) leads to a gradual or swift tearing down of democracy’s constitutional and informal guardrails, leading in turn to prosecution or violent suppression of opponents, complete domination of judicial and legislative branches of government and silencing of independent media and civic organizations.

Levitsky and Ziblatt make a convincing case that the process is underway in the U.S. now, with Donald Trump as the guardrail-busting demagogue. The book came out before his current declaration, through his lawyers, that a sitting president has absolute immunity from any legal proceeding, including being charged after shooting someone on Fifth Avenue. Even a Supreme Court dominated by his appointees might not uphold this claim, but it underscores his authoritarian bent.

Even if he’s not reelected, the underlying threats to democracy remain: deepening polarization, government’s inability to solve serious problems and public distrust of major institutions. Add to that public confusion about what is true: chronic income and wealth inequality, hostile foreign bots (and extremist domestic ones) spreading divisive disinformation; and the failure of schools to prepare young citizens for jobs in the AI future or to critically navigate social media.

The threat cries out for intervention by respected figures — acting together to maximize their influence and encouraging concerned citizens to join them in a movement to safeguard democracy. I once proposed this idea to one of the worthies I cited above. He said, “Ah, you guys in the media would pay no attention.” I think he’s dead wrong — if the movement were big enough, relentless and well-financed.

There’s a historical precedent for such a movement. It’s brilliantly described in Lynne Olson’s 2013 book, “Those Angry Days,” chronicling the late 1930s and early ’40s battle between isolationists and interventionists over whether to provide military aid to Winston Churchill’s beleaguered Britain as it waged a last-ditch struggle against Nazi Germany.

Actually, two groups led the interventionist cause. One was a citizens’ group organized by Kansas editor William Allen White (the Committee to Defend America by Aiding the Allies), which enlisted governors, mayors, college presidents, newspaper editors, writers, businessmen, actors and prizefighter Gene Tunney to serve on its executive board.

The board, in turn, helped organize grassroots groups all over the country. “Our idea,” White wrote, “is to fill the radio and the newspapers and the Congressional mail with the voices of prominent citizens urging America to become the non-belligerent ally of France and England.”

When France fell, White’s group mushroomed to 700 chapters in 47 states. Members sponsored rallies, radio broadcasts and newspaper ads and shipped petitions with millions of signatures to Capitol Hill and the White House.

Franklin Roosevelt privately wanted to aid Britain, but was intimidated into inaction by an isolationist-dominated Congress, public reluctance to again get involved in European conflict, and propagandizing by Charles Lindbergh’s America First Committee. U.S. military leaders also opposed giving scarce arms to Britain, fearing they would be captured by a victorious Hitler and ultimately used against an ill-prepared U.S.

This group secretly wanted the U.S. to enter World War II directly, but argued tactically for aid to Britain. It, too, agitated with newspaper columns and stories and radio broadcasts — but its members also applied direct pressure in Washington, where they had close contacts in the Roosevelt administration, the military and Congress.

Ultimately, of course, Adolf Hitler and the heroic Churchill — capped by Japan’s attack on Pearl Harbor — decided the issue. But the two groups certainly shifted public and government opinion.

The future of American democracy is at stake again and democrats of all parties should not silently sit by.