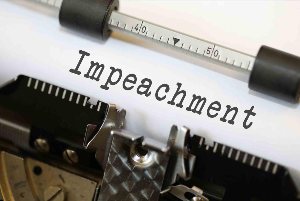 A Senate Trial Could Force Key Trumpers to Testify

Last week, EU Ambassador Gordon Sondland testified in the House impeachment investigation, that, “Everyone was in the loop. It was no secret.” He made it clear (with some documentary support) that Vice President Pence, Secretary of State Pompeo, Acting White House Chief of Staff and OMB Director Mulvaney, and Secretary of Energy Perry were among those “in the loop.” And they all played some role in advancing Trump’s Ukraine bribery scheme. Former National Security Advisor John Bolton also knew what was going on but had the good judgment to distance himself from “whatever drug deal [they’re] cooking up,” as he put it. At the heart of those efforts was Trump consigliere Rudy Giuliani, who Bolton warned was, “a hand grenade who is going to blow us all up.”

But at Trump’s demand, all those key players have refused to testify. Those who did testify (at personal and professional risk) did so in defiance of Trump’s orders (and, even then, were denied access to their emails, texts, and other documents held by the Trump administration). So why aren’t Adam Schiff and Nancy Pelosi pursuing in the courts subpoenas of these central fact witnesses and documents? The simple answer is that they don’t want to put impeachment on hold while Trump runs out the clock over many months, while the media and the public get bored and move on to a succession of other Trump outrages, absurdities and distractions, and the 2020 campaign ramps up. There is already plenty of evidence on the record and they want to move expeditiously while the narrative is fresh and clear.

Schiff has shown his skill and discipline as a prosecutor and I suspect he abandoned the courts in favor of a more expedient and likely effective approach. But do not abandon hope. Hear me out.

An impeachment trial in the Senate is not conducted by Senators. They are the jury. It is conducted by “House managers” for the prosecution and defense. The Presiding Officer, per the Constitution, would be Chief Justice Roberts. The Senate’s impeachment rules provide that the House managers can issue subpoenas to anyone, presumably including Pence, Pompeo, Mulvaney, Perry, Bolton, and Giuliani. The defense could object that the testimony is irrelevant or covered by privilege. Rule VII provides that a ruling on such questions will usually be made by the Presiding Officer. The Chief Justice would likely decide, in the first instance, claims of executive privilege or attorney-client privilege. He would also likely decide questions such as the crime/fraud exception and the co-conspirator exception to the hearsay rule, as well as questions of waiver of any privilege. Finally, he would rule on subpoenas for the production of documents.

You might have spotted a flaw in this plan: Maybe Chief Justice John Roberts will prove himself, yet again, to be a Republican partisan and won’t compel the testimony and documents sought by House managers. That certainly wouldn’t be a good look for him – and he would have to own it. But if that is the case, he certainly wouldn’t have provided the fifth vote on the Supreme Court to compel that evidence. In any event, it won’t be hung up in the courts for months, largely out of public view.

Of course, Senate Republicans may adopt rules for a trial that would hobble it and cut it short. There are reports they might try to keep it as short as two weeks. The Clinton impeachment trial lasted more than five weeks. (That was quick compared with the 10 week impeachment trial of Andrew Johnson.) The rules were agreed upon by both parties and adopted by the Senate unanimously. I wouldn’t expect that from McConnell nor would I underestimate his guile and shamelessness.

Still, I think the odds are good we get more damning evidence from some of the key players before this thing is done. But don’t get your hopes up. There is no way (in my opinion) that 20 Republican Senators are going to vote to remove Trump from office. That party has become a cult, concerned only with power for its own sake. Expecting Democrats to reform the Republican Party through shame and sheer moral force is just setting them up to fail. Ultimately, the goal is to get at the truth – and show clearly the depths of corruption and abuse of power Republicans are willing to defend.

So far Pelosi and Schiff have played this perfectly. That is, they have played it straight and stayed focused and disciplined. I assume they know what they’re doing. 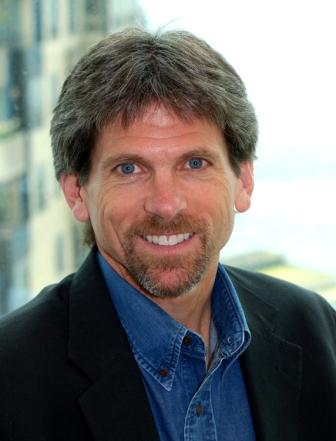 Russell Daggatt
Prior to co-founding Denny Hill Capital, Russ spent over seven years working with cellular pioneer Craig McCaw in various roles in Seattle and London, including serving as President and Vice Chairman of Teledesic LLC, CEO of New ICO Global Communications Ltd., and CEO and Vice Chairman of ICO-Teledesic Global Ltd
Previous article
A Trump Coup Would Need Military Support. Not Likely After This Week
Next article
Civic Heavyweights, Unite. You Are In Danger Of Losing Our Democracy.