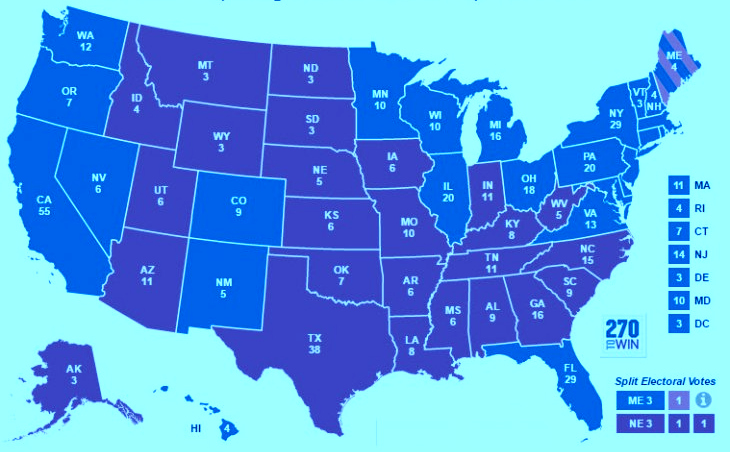 Trump Could Win in 2020, but the GOP Is Losing Suburbs and Sinking Fast

We are less than one year away from Armageddon, otherwise known as the 2020 election.  A year is a very long time in politics, but we can now see the trajectory of how this election will affect partisan politics, the shape of our new party system, the future of Washington state, and, oh yeah, whether or not Donald Trump will be reelected.

Let’s start with the question we all obsess over: Will Trump actually get elected again? If the election were today the answer would be, probably not.  He trails all the top Democratic contenders significantly in national head to head polls. Yes, but what about the electoral college?

It’s true that under our weird, antiquated system for choosing our President, Trump might survive, but recent polling shows his path is very narrow.  New York Times polling of the six battleground states of Wisconsin, Michigan, Pennsylvania, North Carolina, Florida, and Arizona showed all to be toss ups today. But the math favors the Democrats, due to the number of electoral votes from safe states in each party’s column.  Trump won all six of these states last time. If he wins Florida, he needs four of the remaining five battlegrounds.  If he loses Florida, he needs all the rest. Advantage Democrats.

But polling of those battlegrounds shows how the D’s could blow it.  The conventional wisdom around this election states that if the Democrats nominate a candidate who Trump can successfully brand a “socialist,” they could lose. And the conventional wisdom is on target.  Polling in the battleground states shows that swing voters are strongly opposed to Medicare for All and other very liberal policy proposals

All the data indicate that Donald Trump can’t win the national popular vote.  But he can eke out another electoral college majority if Democrats stray too far from the center.  The outcome of the Democratic Civil War will be pivotal.

Even if Trump hangs on, it appears Republicans will take big losses in 2020.  As of today, Trump’s approval rating and the national generic ballot polling is roughly unchanged since election day 2018, when Republicans lost 40 US House seats and hundreds of state legislative seats. Last week they lost the governor’s race in Kentucky (!) lost their majorities in the Virginia House and Senate, and suffered major losses in suburban races in many states. Pre-Trump, the GOP held 66 of 100 seats in the Virginia House; now they are down to 44, as their support in the Richmond and Washington, DC suburbs has collapsed.

That national Republican suburban collapse is driving politics here too.  Since Trump became the face of the GOP, Republicans have lost 12 seats in Olympia, and one seat in Congress, all from suburban districts.  That is likely to continue next year. The GOP is already extinct in the King County suburbs, but all the districts along the I-5 corridor, other than downtown Bellingham, Everett, Olympia, Seattle, and Vancouver, are suburban districts, and they are at risk now.  Even seats in suburban Spokane are in play. In all, there are ten Republican House seats, and five state Senate seats up next year that could flip. And then will come redistricting in 2022 which will drive more seats into urban areas. Washington state Republicans are on a path to irrelevancy.

So one year from election day 2020 the most likely outcome is a Democratic suburban-lead landslide, whether or not Trump pulls off another electoral college miracle.  That would have major ramifications for the formation of our new party system, which, as I have written about previously, is the big story of 2020. If the Democrats cement their dominance of the suburbs and exurbs, that victory might push the Ds more towards the center, as Democratic suburban incumbents will resists uber-progressive tendencies that would alienate their moderate voters. The other option is a realignment to the Left, which would create major tension in the party if Elizabeth Warren or Bernie Sanders moves into the oval office.

Once again, a year is a very long time when it comes to politics.  All we can say for sure is where things stand today. And today, it seems our party system, and America’s immediate future, are going to be determined by what the Democratic Party becomes, with a shrunken Republican Party relegated to carping on the sidelines.  Good. That’s what the Trump-GOP deserves.

Chris Vance
Former Washington State Republican lawmaker and State Party Chairman. Republican nominee for the US Senate in 2016. Now an independent.
Previous article
The Michael Bloomberg Lane: Is There One?
Next article
The Sounders Lift Our Spirits. Let Me Count the Ways.