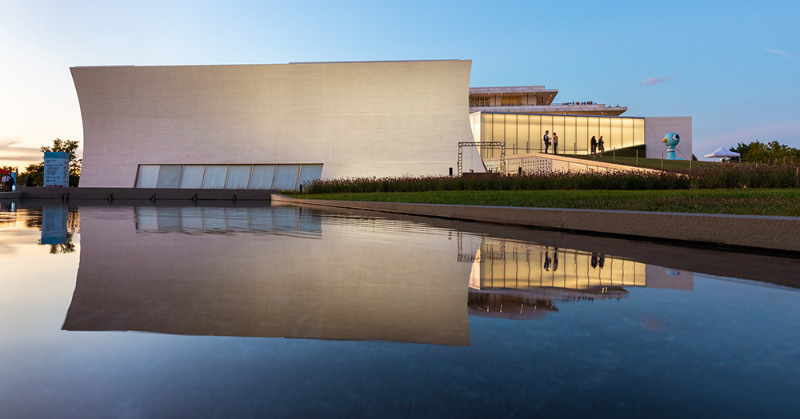 The Kennedy Center’s New Campus And Its Seattle Connections

This New York Times story notes and praises The Reach – the shiny new addition to the Kennedy Center in D.C. There’s a Seattle connection or two in this story.

First, the president of the Kennedy Center and the orchestrator of the handsome new building is Deborah Rutter, a much-admired orchestra administrator who once served in that role in Seattle before moving to Chicago Symphony and now to the Kennedy Center. Rutter was a mighty force when in Seattle, when her name was Deborah Card.

Card was executive director at the Seattle Symphony, 1992-2003. She was originally hired by the SSO board to be a counter-force to the headstrong conductor and music director Gerard Schwarz. These two powerful personalities ultimately clashed, even though as a team they built Benaroya Hall. One of them had to depart, which rarely means the conductor, so out went Card/Rutter, off to head the Chicago Symphony, where she soon built her excellent national reputation. It was Seattle’s loss.

The other Seattle connection is Steven Holl, the architect for the building, a complex of versatile studios, classrooms, and a cafe. Holl, based in New York, is a native of Bremerton and a graduate of the University of Washington School of Architecture.  His Seattle projects are the St. Ignatius Chapel at Seattle U. and the Bellevue Arts Museum. He was also runner-up for the Central Library in Seattle. Holl too has achieved national acclaim, particularly for arts projects.

So why care about The Reach? The Kennedy Center – the national capital’s performing arts center and a showcase for America’s performing arts is built on a notion popular in the mid-20th Century that clustering cultural buildings together on a central campus was a way of kickstarting culture. In most places, the idea was not a success. Turns out that mere proximity isn’t enough to create a cultural scene. Most of the large performing arts companies that took up residence in centers like Washington’s Kennedy, Lincoln Center in New York, and the Music Center in LA didn’t have much to do with their neighbors, and weren’t likely to. In some of these complexes, the arts organizations even acted as rivals. It takes more than shared geography to animate a cultural space.

The Kennedy Center is a giant mausoleum, literally a tribute to John F. Kennedy. All red velvet and vast white stone, it’s an austere, imposing place, and its halls are not known for being acoustically generous. But perhaps the biggest problem is that edifice represents notions of high culture from a different time: formal, imposing, and unapproachable.

This is a different time, and Rutter has been a warrior in trying to broaden the definition of culture that belongs in the national performing arts showplace. She’s brought in all sort of different artists and cultures, confounding some of the critics who puzzle about what the Kennedy Center’s vision is.

Problem is, much of the culture Rutter wants to invite in doesn’t fit easily the cold traditional aesthetic of the Kennedy Center spaces. Before she arrived, her predecessor Michael Kaiser proposed a monstrously expensive addition to the campus but the grandiosity of it never gained much enthusiasm and was abandoned. Rutter took the campus extension in a different direction, seeking to create a series of spaces where artists could not only perform but create as well. It’s also designed to let visitors in to poke around and work themselves.

While it’s not entirely clear how the spaces will be used yet, it’s a bold experiment. The project is in keeping with some other big cultural projects that have recently come on line, most notably The Shed in New York’s Hudson Yards. That too is an expensive high-profile attempt to invent a different sort of cultural space that moves away from the restrictions of traditional theatre spaces. This is what it looks like when money experiments with culture.

Two footnotes. The talent exodus from Seattle, noted here, is only accelerating. Fittingly for this story, there is considerable outflow of top managers from the Seattle Symphony and Seattle Opera to other important posts. This week Sandra Jackson-Dumont who used to work at the Seattle Art Museum, got a glowing profile in ShondaLand for her work in building the Metropolitan Museum of Art’s programs up to a million participants a year. If that wasn’t enough, she finished off the week being named as the founding director of the new George Lucas Museum in Los Angeles.

The other footnote: one wonders, as Rutter reinvents the cultural center to reach wider audiences with striking architecture, whether that might have happened (or still could happen) at Seattle Center, badly in need of some bold rethinking.