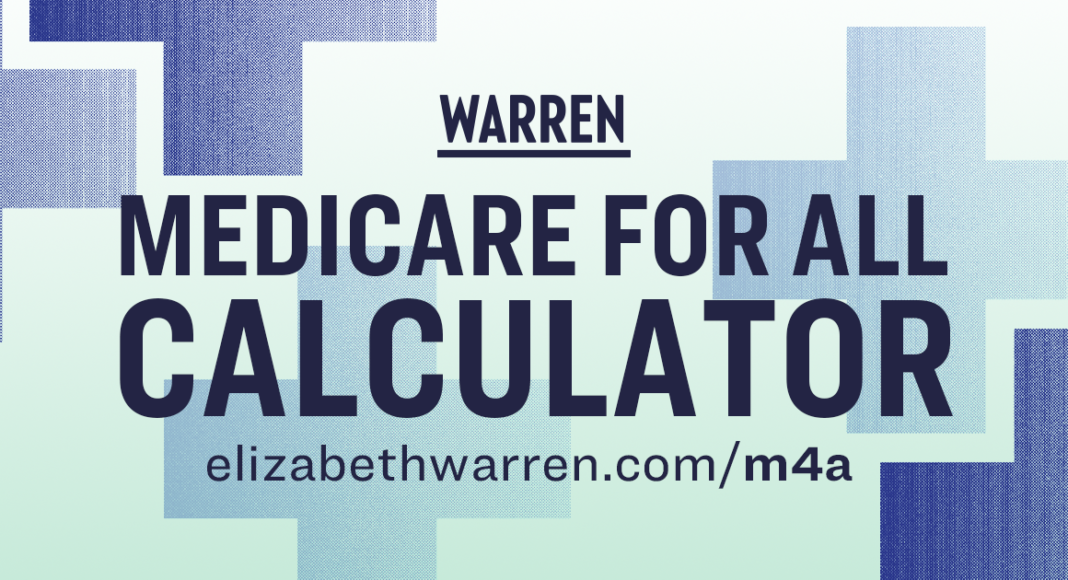 Nice to see that the Elizabeth Warren brain trust read the last Post Alley Explainer column about funding single-payer healthcare and took its advice to heart. When the Warren plan came out, parts of it looked really familiar to the Explainer. It calls for capturing existing funds going to Medicare and Medicaid, and capturing funds currently being spent for private-sector health insurance.

The challenges of the latter concept (called “the cleverest item in the plan” by NYT columnist Paul Krugman) were outlined in the previous column. Probably the biggest challenge comes from the fact that employers have very different insurance programs for their employees, and therefore currently spend very different amounts per employee. Converting that spending into taxes raises major fairness issues. The Warren campaign came up with maybe the worst possible approach. But before we get to that, let’s put some numbers to this dilemma.

Employers negotiate privately with insurance providers on rates, so we cannot know what any particular employer pays. But we can find a good proxy in the rates charged to the self-employed who buy their own plans. We’ll go with Regence-Blue Shield, which just put out its 2020 individual plan rates.

Consider a 40-year old female non-smoker. A Bronze plan with a $8,000 deductible just covering the individual would cost $294 per month. Provide that same person with a Gold plan with a $2,400 deductible, add a 40-year old spouse and two children, and the monthly cost goes up to $1,549. If these rates are a good proxy, an employer offering rich coverage to an employee’s whole family will pay more than five times as much as an employer providing minimal coverage to just the employee.

The Warren approach is to ignore these differences in the beginning, and have each employer just send the federal government what they are currently paying for employee premiums. Over some unspecified phase-in period, employer payments would even out. This approach deals with the potential shock to an employer of facing a large cost increase. But it introduces the perverse situation of rewarding those who are cheap about employee benefits, by charging them a lower tax rate, and penalizes those that are generous, by charging them a higher tax rate.

But single-payer makes this distinction go away—everyone gets the same coverage. Now the generous employer is stuck with a big tax bill while their employees get only a small improvement in coverage, and the cheap employer gets a lower tax bill while its employees get a big upgrade in their coverage. And the higher wages of the cheap employer can now attract employees from the generous employer, since the incentive of a good benefits package is gone. Perverse!

So how does the generous employer deal with this? Cut Benefits Now. The Warren employer tax is based on a three year average of spending, so if employers think the Warren plan is coming, they would be advised to start cutting their premium costs as soon as possible. The cheap employer will need to prepare for higher future payments, so may start cutting wages. Chaos!

This part of the Warren plan is even worse when viewed from a policy level. A tax is supposed to tax something. A tax applies a rate to a tax base (property, income, wages, sales etc.) and generates revenue based on the size of that base. The Warren employer tax does not do this. During the phase-in period there is no base to tax. No rate to apply to a base. Just an amount to collect that has no relationship to anything other than previous spending. This is astoundingly bad tax policy. It may not even be a “tax” at all, but more of a confiscatory levy. The constitutional issues would seem to be huge. And when the numbers are in the trillions, this stuff counts.

Now, the odds of a Warren single-payer plan becoming law are pretty slim, so we are probably safe from benefit plan chaos and bad tax policy. But it is distressing to think that the wonky folks around Ms. Warren think this weirdness is good public policy and will win the day next November.

Michael Luis
Michael Luis is a public policy consultant who has been wrestling with housing, growth and economic development issues around Washington State for over 30 years. He is author of several books on local history and served as mayor of Medina.
Previous article
The Kennedy Center’s New Campus And Its Seattle Connections
Next article
Uber is Escalating the Scooter Battle Into a War Over Big Data