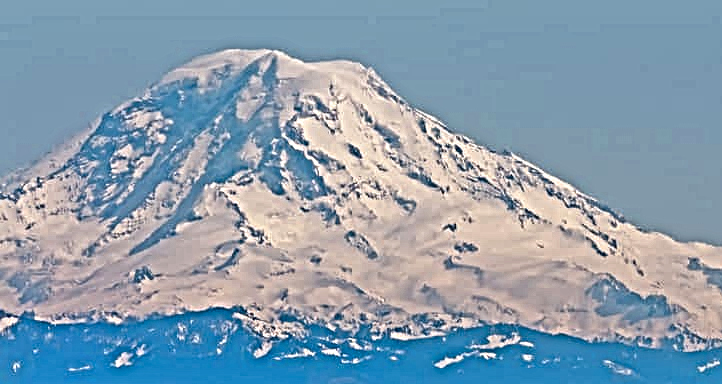 What Should We Call Mt. Rainier?

On August 30, 2015, Secretary of the Interior Sally Jewell announced that President Obama had, by executive order, changed the name of the highest mountain in North America, Alaska’s Mt. McKinley, to an accepted native name, Denali.  A day later The Seattle Times called for changing the name of Washington State’s highest Mountain from Rainier to Tacoma.  Predictably, the people of Ohio, President William McKinley’s home state, were not pleased.  He is best known for leading the nation into the Spanish American war, snagging an empire, and getting overshadowed by his successor, Teddy Roosevelt.

The Times’ call to change Rainier to Tahoma, widely but not accurately believed to be the mountain’s Native name, is the latest expression of a debate begun a century ago when the city of Tacoma requested the federal Board of Geographic Names change the mountain’s name.  At the time many Seattleites were opposed, largely because the request came from its rival city.  Today, the change seems appropriate, but what actually is the mountain’s native name?

Rainier—actually Regnier—was named by George Vancouver, a British naval explorer in May, 1792.  Peter Regnier, of Huguenot ancestry and whose name was later anglicized to Rainier, was a Captain in the Royal Navy and a close friend of Vancouver.  He came up through the ranks by virtue of ability, was wounded in a fight with an American privateer during the Revolutionary War, and became an outstanding navigator and humane commander with an inordinate love of mangoes.  It was 41 years before a native name for the mountain surfaced in the Journal of William Fraser Tolmie, the Hudson Bay Company doctor at the trading post Fort Nisqually, and it was not Tahoma but “Puskehouse.”

In subsequent years, other native names appeared in print: Takobid, Twhuak, Wahk-sum, Tiswauk, Sahle Tyee, Tacob, and many more.  The man responsible for the name Tacoma was Theodore Winthrop, a Yale graduate come west seeking a life of letters, who offered it in his Northwest Classic, Canoe and Saddle, published in 1862.

There is no easy answer to the question “what did native people call it?”  Keep in mind that there were many native groups speaking many languages in sight of the enormous peak, and they had their own names for it. This is certainly true of Denali, of which there at least nine names, Denali coming from the Koyukan people living near its base.

So how does one chose?  At best we may narrow down the choices.  A name stream including Puskehouse, Takobid, Takob, and Tacoma all possess variations of the Lushootseed root “go,” meaning potable water.  A name stream including Twhuak, Wahk-sum and Tiswauk contain the root “waq,” meaning lightning or unique display of light.  The first stream appears to be a group of generic words for any perennially snow-capped peak. (In the western tradition, the Latin word albus — as in Alp or alpine —performs this function.)  Groups east of the Cascades who spoke Sahaptin languages called it Pahto, another generic name for any perennially snow-capped peak.

The stream of names containing the root “waq,” however, appears to refer to the mountain’s mythical identity, which suggests that they are closer to representing the mountain’s actual name. Sorry, Tahoma.

Meanwhile, the name Rainier probably won’t last. Mountains endure, but names come and go. More than 100 years ago there was a national campaign to rename all the west coast peaks that had been given British names, including Rainier. The Cascades were to be renamed the Presidents Range, and Rainier was to be named Mt. Harrison, after old Tippecanoe himself, a slave-owning Indian killer whose occupancy of the White House remains the shortest ever, lasting only 31 days until he expired.

What shall the Mountain’s new (old) name be?  Good luck with that.

David Buerge
Previous article
Indexer: Why It Feels Like Seattle Is Growing Faster (When It’s Not)
Next article
Nope, Medina Is Hardly A Poster Child For Runaway City Spending