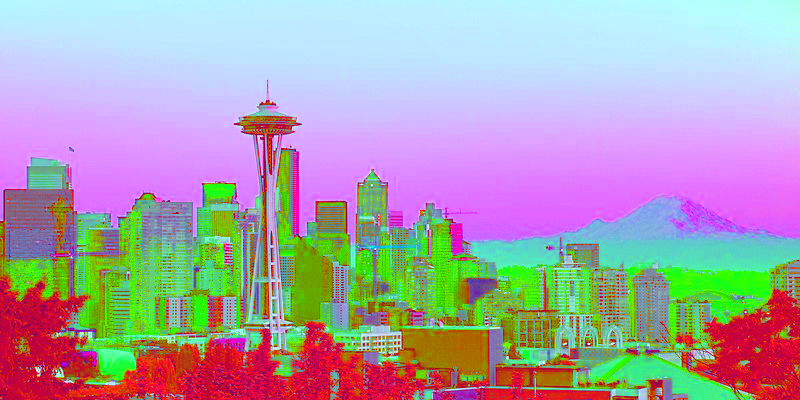 Indexer: Why It Feels Like Seattle Is Growing Faster (When It’s Not)

Why does it feel like we are growing so fast?

In the dominant growth pattern of the Post War era, land developers would push out into the farms and forests of unincorporated areas to build massive subdivisions that were mostly invisible to existing residents and would have little impact on them. This growth, which persisted into the current century, was substantial, but barely visible. Moreover, the biggest driver of growth in the 1990s, Microsoft, was a largely suburban phenomenon, similarly less visible to the region.

The Washington State Growth Management Act (GMA) aimed to change this pattern, and has largely succeeded. By drawing an inviolable urban growth boundary (UGB), it contained the invisible spread of growth, and forced new residential and commercial construction into already developed areas. Annexations and incorporations pulled peripheral areas into the “urban” orbit, and developers were encouraged to work with the available land now in cities. Commercial growth, exemplified by Amazon, has favored urban location as well. Weyerhaeuser moved its headquarters from Federal Way to Pioneer Square.

Figure 1 shows how the share of population in unincorporated areas (blue bars) grew through the 1970s, and then gradually diminished as cities grew through annexations, incorporations and native growth.

“Infill” development, whether high-rises in South Lake Union, mid-rises in Renton or construction of new homes on vacant suburban lots, is hard to overlook. And despite heroic (and expensive) efforts to improve transit, infill is having a noticeable impact on traffic congestion.

A clearly stated goal of the GMA was to promote higher residential and commercial densities in urbanized areas and, at the same time, ensure very low densities in non-urban areas. There were plenty of grandfathered subdivisions outside the UGBs when they were first drawn, but once those subdivisions were built out, the lot size outside a UGB became a minimum of five acres, and often 20 acres or more. Along the UGB it is not uncommon to see homes on one side of the street and cows on the other side.

The GMA mandates that new development increasingly concentrate in existing urbanized areas, with unincorporated urbanized areas encouraged to annex to adjacent cities. Figure 2 shows density increases in King County and its larger cities from 1990, when GMA was introduced, to 2018.

Within UGBs, densities, and therefore the visual perception of growth, have increased for a variety of reasons.

Fewer random open spaces. Pre-GMA growth patterns left undeveloped parcels behind as homebuilding moved outward. When the UGA began to restrict land on the periphery, these parcels became attractive to builders. What had been de facto open space that broke up the urbanized environment became more development.

After nearly 30 years, the UGBs show no sign of moving outward. Within King County single family zoned land is becoming scarce and quite expensive. At the same time, cities have welcomed high density multi-family development and provided ample land for it. The visual and congestion impacts of infill and high density are quite apparent and efforts to mitigate those impacts are falling short. Questions going forward are:

Michael Luis
Michael Luis is a public policy consultant who has been wrestling with housing, growth and economic development issues around Washington State for over 30 years. He is author of several books on local history and served as mayor of Medina.
Previous article
Indexer: Seattle’s Growth In Context
Next article
What Should We Call Mt. Rainier?