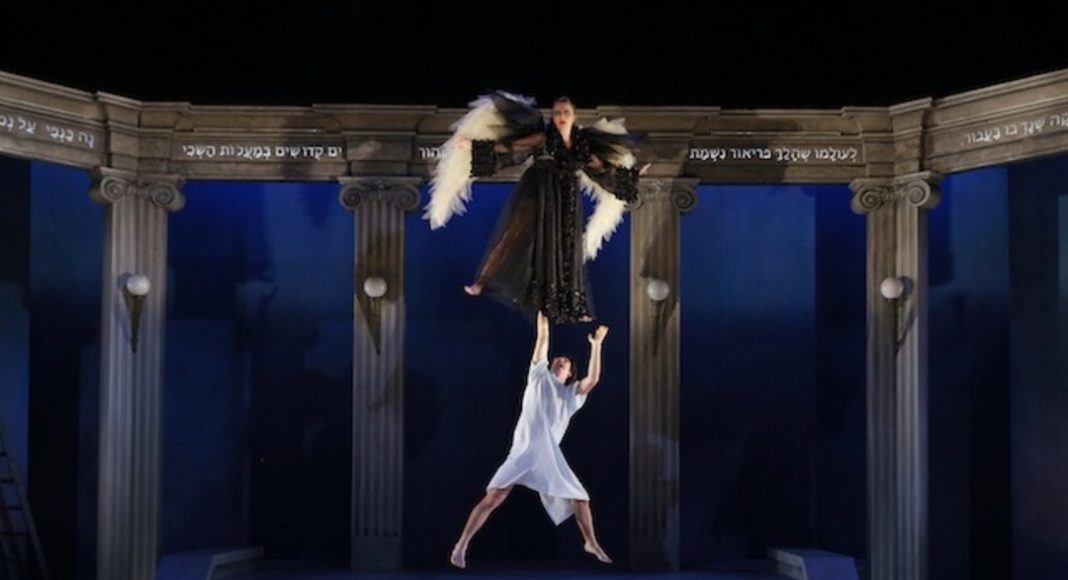 Intiman: The Theatre That Wouldn’t Die

Two weeks ago, in a remarkable public convening of Intiman Theatre’s board, staff, some outside experts (and press), an argument played out. The theatre, said members of the board, was out of money and needed to shut down. Staff disagreed, citing a fundraising plan that would carry it through the rest of the year. The invited experts tried to contextualize the struggle and give some outside perspective.

By this week, board and staff had evidently reconciled, making a joint announcement of a plan to raise $200,000 by the end of the year, which would leave a respectable $150,000 to carry forward in 2020. Given the small shortfall, the outcome wasn’t a shock; closing the theatre over $50k and no outstanding debt seems more like a failure of will than insurmountable crisis. Intiman has survived much worse.

In the mid-90s I covered theatre in Seattle as part of my job as arts critic for the News-Tribune. It was a great time for theatre here. Seattle Rep under Dan Sullivan was one of the more ambitious of the country’s regional theatres and home to an honest-to-god company of actors you got to know as seasons unspooled. ACT was focused on its move from Lower Queen Anne to the Eagles building next to the Convention Center, and though its artistic offerings suffered from its preoccupation with raising the money to move, it was charging hard trying to live up to a more ambitious home.

There was a thriving fringe theatre scene on Capitol Hill, with performances poking out of unlikely garage and surplus building spaces, and the Group Theatre, Empty Space Theatre and the Bathhouse Theatre all offered full seasons.

But the theatre I most consistently looked forward to at the time was at Intiman, led by Liz Huddle and then Warner Shook. Intiman was founded in the early 70s by Margaret Booker – intiman means “intimate” in Swedish – and landed at Seattle Center in 1985 thanks to the efforts of managing director Peter Davis who was later followed by superstar administrator Laura Penn. Intiman was one of the first regional theatres to present Angels in America. It premiered Robert Schenkkan’s epic The Kentucky Cycle, and, for the Goodwill Games brought Moscow’s Sovremennik Theatre with Into the Whirlwind, which was a highlight of the Arts Festival. We got notable work from Edward Albee, Athol Fugard, Lynn Nottage, and Anna Deavere Smith.

In the intervening years, the Capitol Hill fringe scene largely melted away and the Group, Empty Space and Bathhouse theatres all closed. ACT went through a crisis (artistic and financial) saved only by superhuman effort, and the Rep struggled on and off to keep its books balanced.

The question is: should it be?

Arts organizations are hard-fought and hard-won. They usually begin with an animating artistic vision, an idea they propose is worth exploring, worth realizing, worth aspiring to. But there is also the business of making it work, an ability to gather resources and a means of building both an audience that will support it and the money it takes to fund. The tensions between making good art and making successful business are often at odds. That’s not to say that one is opposite the other or that both can’t thrive together. But they require different skills, and one doesn’t necessarily flow from (or play well with) the other.

It’s easy to see why there might be confusion on this point; our most common measure of success is popularity – how many tickets did you sell, how many clicks did you get, how much money did you make (or raise). But value of art and value expressed in popularity or at the box office don’t always line up. In Europe, there has been a fierce debate in the arts over the toxic effects of neo-liberalism, a term that hasn’t had wide currency here in the US. It essentially means the marketization of everything, including culture. It’s the idea that if something can’t be measured for its utility and find buyers, it maybe ought not to get support. It places the business of art firmly above the intrinsic value of the art itself.

Arts Council England has been embroiled in controversy the past year for proposing that it ought not fund anything that cannot prove its impact and community worth in a standardized, measurable form. It proposed the form. Arts organizations rose to protest, pointing out that measuring something like artistic impact or intrinsic value as if it were a standardized test, was unworkable.

I can’t speak much to the art at Intiman in the 2000’s but the institution has struggled to find ways to stay viable, reinventing itself as audiences and support waned. On the verge of death in earlier crises, the organization found champions who by strength of will kept it alive, even if its artistic mission strayed further from its origins and its ambitions were diminished. This is a common story in the arts. Once an arts institution takes hold in a community, it’s often seen as part of the infrastructure, and letting it go down is considered a failure of civic pride.

Many are the arts organizations that have lost their artistic reason-for-being yet lumber on year after year because no one has the courage to let them die. Not all of them are financially challenged either; some motor along quite comfortably, having found business models that work. Others, having eroded their community’s good will and support, hang on only by virtue of habit. And others – perhaps like Intiman – try reinventing in hopes of hitting on a sustainable formula.

Sustainable. It was one of the hot buzzwords in the funding community a few years ago, until some began questioning why it was desirable to enable artistically limp arts organizations be better able to limp along. Sometimes perhaps it’s better to declare victory and acknowledge you’ve said all you needed to say.

The digital era and its ability to connect people, information, and resources has challenged the notion of traditional institutions. All of our institutions are under attack – political, financial, educational, business, family and cultural. Institutions were the most efficient way of aggregating resources needed to accomplish bigger things. But as anyone who has worked in an institution knows, they are inherently inefficient. Thus the imperative to try to reinvent.

Whether or not reinvention for theatres as institutions is possible remains to be seen. But there are some exciting new models for producing good art out there, and it does seem clear that the regional institutional theatre movement as originally conceived has not worked as hoped. Whether Intiman still has something artistic to say might be an entirely different issue from whether Intiman as a traditional institution ought to continue. The theatre, in an earlier crisis, gave up control of its Seattle Center home (now controlled by Cornish College) and became a festival rather than a year-round operation.

Theatre as an art form is facing big challenges right now. The audience is more comfortable with the language of the screen than conventions of the stage. The best story-telling talent has fled movies for TV because of its intimacy, flexible and layered formats and access to vast audiences that can stream anywhere and rewatch on demand and form fierce fan communities. Really good theatre rises to the challenge. Ordinary theatre, alas, falls far short, and besides, it costs more and requires you to make the effort to go out.

Arts institutions are hard fought and hard won, and it feels like a wound to give one up – particularly one with a venerable history – that can’t easily be replaced. Still, if an artistic vision can’t be reconciled with a vehicle to drive it, then… courage.

I’ll end with a short anecdote: I was giving a talk in Canada this spring and afterward a woman came up to talk to me about the half-century-old theatre service organization she worked for. It had hundreds of members, she said, but they no longer seemed to be much interested in the workshops and mixers the organization offered. Her organization had done surveys of the members to see how they felt about the offerings, but got positive responses. So what was wrong? I was struck as she talked by how transactional her question was. Rather than figuring out what the members needed – which had changed significantly over time – and then figure out ways to give it to them, she was asking how they felt about the organization, and got positive feedback because gee, a network of theatre people! Alas perhaps, not an essential thing, and not the right question either. A few weeks ago the announcement came that it was suspending operations for lack of support.

Douglas McLennanhttps://www.artsjournal.com
Doug is a longtime arts journalist, and the founder and editor of ArtsJournal.com, he's frequent keynoter on arts and digital issues, and works with a number of arts organizations nationally.
Previous article
Insight: How Go the Seattle City Council Races?
Next article
At This Point Amazon Seems Unstoppable. But Don’t Be Too Sure