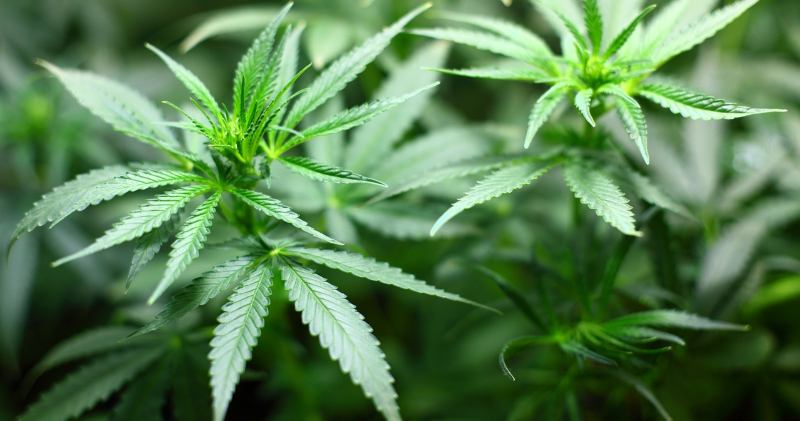 Recent data indicate that aging boomers are the biggest segment of the (legal) marijuana market. Presumably, it’s not the first rodeo for many of those who came of age between Reefer Madness and today’s more liberal views and laws concerning it.  Middle-age adults ages 50 to 64 were the only group with increases in non-daily cannabis use both before and after 2007. If trends continue, estimates suggest that cannabis use among people aged 50 to 64 could surpass those of adults aged 35 to 49.

“Research about the patterns and consequences of cannabis use in baby boomers in particular is needed, since use is high in this birth cohort and is expected to continue to increase,” says a report from the Columbia University School of Public Health. “Moreover, significant increases in non-daily cannabis use among adults 65 and older defy perceptions that older adults do not use cannabis, although daily use in this age group remains rare.”

As one of those who came relatively late to the party (32 the first time I tried it), I have continued to use marijuana well into my golden years. Indeed, when I moved into a senior housing community, I soon discovered how many of my new neighbors also smoked, vaped, or otherwise consumed.  Marijuana both stimulates me and relaxes me. It heightens my creativity,  counteracts my occasional social shyness, distracts me from worrying about things I can’t control, and opens my mind to new ways of thinking.

So I’m not surprised that many of my peers, even those who haven’t used it since college, believe that it counteracts the sometimes depressing aspects of aging by relieving boredom, rethinking well-worn grooves in otherwise predictable and familiar mental patterns, and heightening some of the senses that the years have dulled. From the way we hear music or see nature or respond sexually or taste food, our senses are changed (although that last is one big drawback – I’ve often thought of marketing a T-shirt with a picture of chocolate chip cookies and the caption “Weed Leads to the Hard Stuff.”).

Michael Pollan’s book, How to Change Your Mind, clearly and lucidly puts the historical and contemporary uses and abuses of mind-altering substances in context. Reporting on new data, scientific as well as anecdotal, he considers the role of ethnogens like psilocybin and LSD in the treatment of conditions as varied as eating disorders, smoking and alcohol cessation, PTSD, and end of life anxiety in terminal cancer patients. More interesting are the pages Pollan devotes to their use in stimulating mystical, spiritual, and/or transcendent experiences in subjects whose brains—according to magnetic imaging and other neuroscientific tools—provide evidence that these ethnogens act on an area of the cortex widely considered to be the source of the ego, or what we more commonly consider the sense of self that is the basic organizing principle of the mind.

My  own experiences with those ethnogens over 30 years ago were the same-as-but-different from those described by Pollan, underscoring how much setting and intention determine the effect on the individual. My intention was of the Girls Just Wanna Have Fun variety in those bygone days, and so I did, along with my closest female friends, on several occasions when we were blissfully free of responsibilities, at least for a day.

Our trips followed a casual, comfortable groove in which we took loving care of each other. There were some constants, like looking at art in books or museums or making it with clay, water colors, or whatever else was conveniently to hand, and spending hours outside and reconsidering the physical world in a whole new way. Once we went to a conservatory—since then, I’ve never been able to view an orchid up close without seeing the face of my high school chemistry teacher!

And there was music, in which every tone, coloration and voice was so accessible and every instrument so uniquely itself during those experiences that I still hear and listen to it today the same way. When real life considerations took over—when we moved on or away, acquired professional obligations or credentials, took up with partners who disapproved, or had children—we stopped tripping. What remains is the sense of a unitary consciousness I never sought but experienced nonetheless—of being connected to the universe in an ineffable but memorable way I’m only occasionally able to feel again. (Very occasionally, marijuana has a similar but much less intense effect on me—intention, set, and setting seem to have more to do with it than the substance itself).

When I contemplate death now—as one does as the years grow shorter—that memory soothes my fear and anxiety, as it is reported to do for terminal patients.

Marijuana is not like psilocybin or LSD or any of the other substances—from coffee to chocolate, as Andrew Weill once titled a book—that dramatically alter the landscape of the mind. I’m glad I didn’t use it until after I was a grown-up, and very glad that I don’t have to grow old without it. Of the three Ds that constitute my recipe for aging—distraction and denial are the others—dope remains the one I turn to when the others don’t suffice to cope with the harsher realities of getting older.

Ever the psychonaut, I recently drank tea infused with psylocybin, embarking on the kind of guided journey that Pollan describes in his book, eager to see how awareness of context and intention might influence the outcome. I searched for both the guide and the substance, but either one or the other was ineffectual – absolutely nothing happened: My consciousness has been altered more by coffee or sugar than it was by the psilocybin tea.

The shaman who charged $200 to guide me through that trip to nowhere, explained it away by declaring that obviously,” the plant didn’t accept you” and refused to refund my money. I’ve never been rejected by a fungus before, and I find it hard to accept.

I’ve found a much more reliable friend and plan to try her much tastier psilocybin chocolates very soon. I’ll be interested to see if they lead me to enlightenment.

Image by 7raysmarketing from Pixabay

(Parts of this article previously appeared in Psychology Today)

Jane Adams
"Jane Adams PhD was a founding editor of the Seattle Weekly. Among her twelve books is Seattle Green, a novel . She is a contributing editor at Psychology Today, and coaches parents of adult children."
Previous article
Books: Anarchism In Its Many Flavors
Next article
Pull Up The Ladders: Why Rural Americans Vote Against Their Own Self-Interests