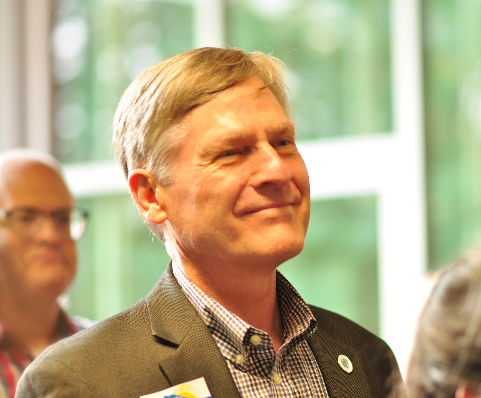 One of the mysteries of Seattle media is the free ride it has long given Seattle City Attorney Pete Holmes, who rode into office on the attractive platform of encouraging more nightclubs and teen venues. He is also the leading advocate for diverting petty criminals and homeless offenders into programs, not jails. His office also staffs many departments by providing civil attorneys to dispense legal advice.

Interesting breakthrough, then, when Seattle Times columnist Danny Westneat unloaded on Holmes and his record of fewer prosecutions and larger staffs. Criticized for his tolerance policy on crime, Holmes contended that he can’t do much more, given his short staff. The Westneat column found that many more cases were brought when Holmes actually had fewer attorneys at the start of his first term in 2010. In 2010, Westneat reported, Holmes had 156 attorneys in his office, versus 196 now. In 2010, the office filed 13,421 cases, versus 7,827 in 2017.

The City Council, currently reviewing the Mayor’s budget, could send a signal by shifting attorneys away from the civil side to the criminal side. I doubt it will, since that might signal that the city wants to actually start arresting more people. That’s not likely to happen.

What is likely, however, is that Holmes, 63, will decide not to seek a fourth term in 2021, and that he would have a stiff challenger if he ran. (He’s won easily in past races.) It may also develop that the look-the-other-way city policy on street crimes, deeply frustrating to Seattle Police, will come under scrutiny. If so, the chief advocate for this permissive policy, Holmes (and to an extend, King County Prosecutor Dan Satterberg), will finally face real criticism. Same would apply for the quality of the civil prosecutors in Holmes’ office, about which there are many complaints.

Twenty-some years ago, under Mayor Norm Rice, a different arrangement was in place. City Attorney Mark Sidran was a tough-on-civility-crimes prosecutor and he had an arrangement with the mayor and the council. Sidran played the bad cop while the council funded his approach while also not really advocating it. A new business group, irritated by the city’s soft approach while downtown crime and homelessness grow more visible, will likely keep the pressure on to shift back to something like the Sidran-Rice approach. Mayor Durkan has tended to try to please both sides in this debate, while the city council is all-in on the Holmes approach and will likely stay that way.

Watch for Holmes to audition for a new role: scapegoat.

David Brewster
David Brewster, a founding member of Post Alley, has a long career in publishing, having founded Seattle Weekly, Sasquatch Books, and Crosscut.com. His civic ventures have been Town Hall Seattle and FolioSeattle.
Previous article
Reflections on Seattle’s North-South Divide After a City Council Debate
Next article
Frank La Mere And The Fight For Native Americans’ Full Treaty Rights