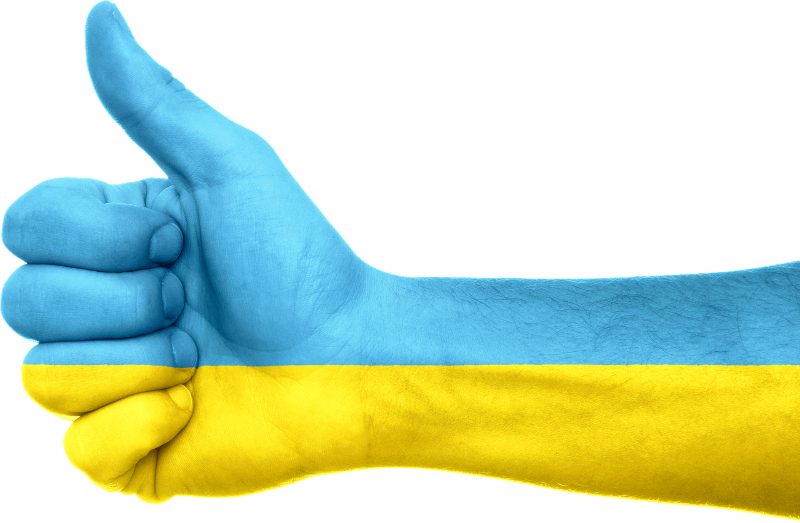 In the 28 years since Ukraine declared independence from the Soviet Union, U.S. diplomats and foreign policy experts have doggedly pressed Ukrainian leaders to tackle the pandemic corruption that allows about two dozen oligarchs to control the country’s wealth.

Through both Republican and Democratic administrations – Bush I, Clinton, Bush II and Obama — aid to Ukraine has been tailored to encourage judicial and economic reforms that would spread the bounty from gas pipelines and strategic equipment manufacturing more equitably. Many in the nation of 45 million have despaired as hopes faded that American guidance could strengthen their democracy and the rule of law.

President Donald Trump has abandoned the fight and adopted a new strategy: Rather than trying to beat the corrupt oligarchs, join them.

Trump’s July 25 request for a “favor” from Ukraine’s neophyte president in return for $391 million in military aid Trump was withholding was the kind of shakedown with which Ukrainian political leaders are sadly familiar.

The message to President Volodymyr Zelensky was clear: If you want the money appropriated by Congress to fight off Russian separatists in Eastern Ukraine, a war in which  13,000 have died already, deliver dirt on former Vice President Joe Biden so Trump can discredit his leading rival in the 2020 U.S. presidential election.

Trump repeatedly offered the services of his personal attorney, Rudy Giuliani, and U.S. Attorney General William Barr for collaboration in the requested probe of Biden’s alleged intervention to derail a corruption probe said to have involved his son, Hunter Biden. Team Trump’s suspicions that Biden or his son were involved in any wrongdoing have been deemed baseless, as have conspiracy theories Guiliani has been shopping around Europe and right-wing media that it was Ukrainian entities, not Russian, that hacked the 2016 U.S. presidential election.

My first thought when I read that Trump was withholding the military aid was that he was doing it at the behest of Russian President Vladimir Putin. Trump has taken Putin’s side against the unanimous consensus of U.S. intelligence agencies that the Kremlin was behind the 2016 election interference. He is bafflingly submissive in Putin’s presence. I’ve long believed Trump doesn’t so much admire Putin as envy him his ability to muzzle the Russian media and get rid of political opponents.

Trump’s Republican allies in Congress have mostly rallied to his defense since a CIA whistleblower filed a detailed report on the president’s circumvention of U.S. diplomatic channels with his deployment of Guiliani on the search for what the Russians call kompromat, compromising material.

The anonymous whistleblower’s report has superheated the debate over Trump’s scandal-ridden presidency and spurred the first impeachment inquiry by Congress in 20 years.

US democracy has seldom been so imperiled in the nearly two and a half centuries since the founding of the republic. But the United States will survive this. The more lasting fallout from the president’s “perversion of U.S. foreign policy,” as New Jersey Democratic Sen. Bob Menendez called it, might be for Ukraine.

Zelensky, a comedian by profession whose political experience was limited to playing the president in a television sit-com, defeated former Ukrainian President Petro Poroshenko by a landslide in April on a pledge to end corruption and the Kremlin-backed war in the East. He is now at the center of a U.S. political conflagration he wants no part of. Under questioning by reporters during his photo op with Trump last week during the U.N. General Assembly, the visibly uncomfortable Ukrainian leader denied that he felt pressured to interfere with the 2020 election on Trump’s behalf.

“I’m sorry but I don’t want to be involved (in) democratic open elections of USA,” Zelensky told reporters as Trump sat beside him, repeating “No pressure!”

As a correspondent for the Los Angeles Times covering the aftermath of the coup against Soviet leader Mikhail Gorbachev, I was in Kiev on August 24, 1991, when Ukraine declared independence. It was a time of joy at liberation from the Kremlin yoke and high expectations of being on the road to freedom and prosperity. No one expected the transformation to be overnight. But neither did anyone envision the tortured path the nation has tread for almost three decades, voting in successive leaders campaigning on reform and then thwarting it.

The people rose up against the last unabashed Kremlin puppet, Viktor Yanukovich, in the winter of 2013-14, paralyzing Kiev and other major cities with protests of their president’s action, at Putin’s bidding, to scrap Ukraine’s agreement to align with the European Union. Three months of strikes, blockades and clashes with secret police forces left the country in deeper economic crisis and vulnerable to the Russian invasion that seized Crimea from Ukraine and annexed it to Russia. Russian troops then moved into two eastern provinces to lead the separatist rebellion that continues to this day.

Poroshenko, a confectionary magnate from the country’s resilient oligarchy, won election to the presidency in May 2014 with a vow to fight corruption and sweep out the Russian occupiers.

“This is Ukraine’s last chance,” Jane Harman, director of the foreign policy think-tank Wilson Center and a former member of Congress, told me in Kiev where she accompanied other U.S. democracy-building advocates to observe the first presidential election since Yanukovich’s ouster.

She was speaking to the frustration of U.S. diplomats and foreign policy experts exhausted by Ukraine’s failure to make progress in ending the oligarchs’ stranglehold on the economy, the judiciary and the country’s leaders.

I doubt she expected the decisive blow to come from the White House.

Image by Kurious from Pixabay

Carol J Williams
Carol J. Williams is a retired foreign correspondent with 30 years' reporting abroad for the Los Angeles Times and Associated Press. She has reported from more than 80 countries, with a focus on USSR/Russia and Eastern Europe.
Previous article
Old Bones And Natural Wonders: Inside The New Burke Museum
Next article
Impeachment Memories of Bill Ruckelshaus’ Courageous Act of Principle