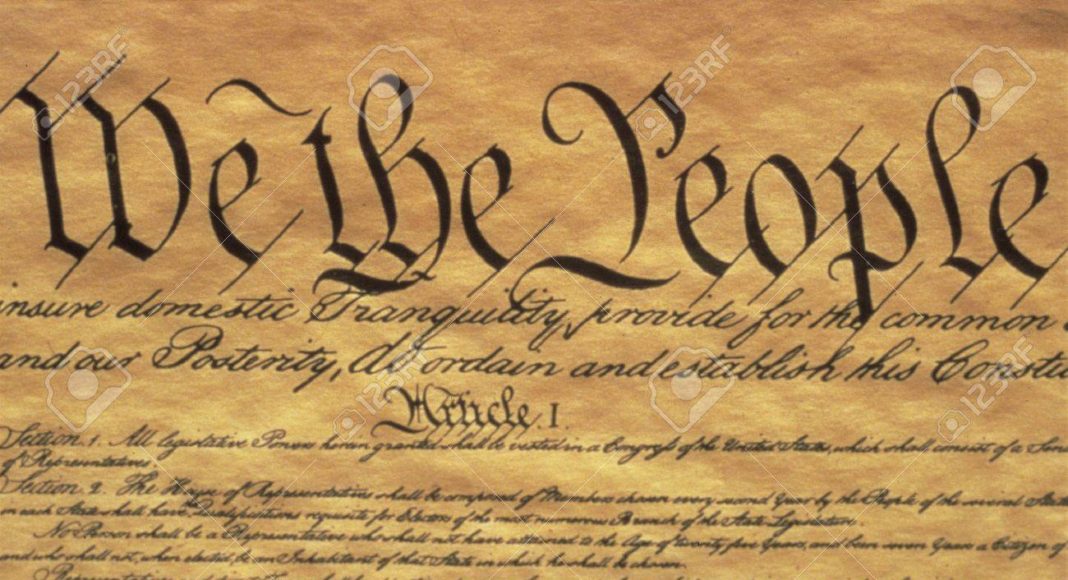 What good is a written Constitution if no one is willing to enforce it? That’s where we are today. The only protection against a President willing to violate the Constitution is Congress’ impeachment power. Donald Trump is blatantly violating multiple articles of the Constitution and neither party has the guts to use that power. If this continues, the Constitution will lapse into a state of desuetude and the rule of law will fail.

Congress knows, or should know, what constitutes an impeachable offense. Writing in Federalist 65, Alexander Hamilton said impeachable acts were:

Those offences which proceed from the misconduct of public men, or in other words from the abuse or violation of some public trust. They are of a nature which may with peculiar propriety be denominated political, as they relate chiefly to injuries done immediately to the society itself.

During the Nixon impeachment the House Judiciary Committee produced a staff report, “Constitutional Grounds for Presidential Impeachment,” which traced the history, precedents and grounds for impeachment. The report concluded:

Because impeachment of a President is a grave step for the nation, it is predicated only upon conduct seriously incompatible with either the constitutional form and principles of our government or the proper performance of constitutional duties of the president.

Donald Trump has abused his public trust. He has repeatedly engaged in “conduct seriously incompatible with either the constitutional form and principles of our government or the proper performance of constitutional duties of the president.” Under the system designed by the Founding Fathers he should be impeached and removed from office. Now.

He is violating both the foreign domestic emoluments clauses of the Constitution and openly profiting from his service in a public office. He is using his emergency powers to defy Congress and ignore the Constitution’s appropriations clause.

The Mueller report proved he colluded with a foreign power during the 2016 election, and then engaged in multiple acts of obstruction of justice. He is using every power available to him to prevent himself from being investigated, often in clear violation of the law. And now it seems he has again colluded with, and perhaps extorted, a foreign power for his political benefit.

Congress is suing him and investigating him, but what good is litigation if it drags on for years, and what is the purpose of investigating a President if it doesn’t lead to impeachment? You don’t sue a President, or indict a President. You impeach the President.

Politics is the only thing preventing this from happening, the fear of losing the next election. Republicans dare not break with the Dear Leader their base voters adore; and they lost any sense of honor and duty long ago. Expecting Republicans to do the right thing now is madness. And Speaker Pelosi has apparently become convinced that impeachment will hurt Democrats at the polls next year, just as it hurt Republicans in 1998.

Muscles atrophy if they are not used. Laws that are not enforced become dead letters. No matter what the outcome in the Senate. No matter the effect on the 2020 vote. The House must impeach Donald Trump to prevent the idea from taking hold that the President can act like an autocrat, the Constitution be damned.

The only thing that separates us from the authoritarian regimes so common around the world is our written Constitution and the principle of the rule of law. Donald Trump is tearing that structure down while feckless politicians in both parties persist in putting party before country.

House Democrats, you have the power to maintain the relevance of the Constitution. Do your job. Do your duty.

Chris Vance
Former Washington State Republican lawmaker and State Party Chairman. Republican nominee for the US Senate in 2016. Now an independent.
Previous article
Does Warren’s Plan for Native Americans Add Up?
Next article
Thoughts from the Peanut Gallery After a Night at the Seattle Symphony