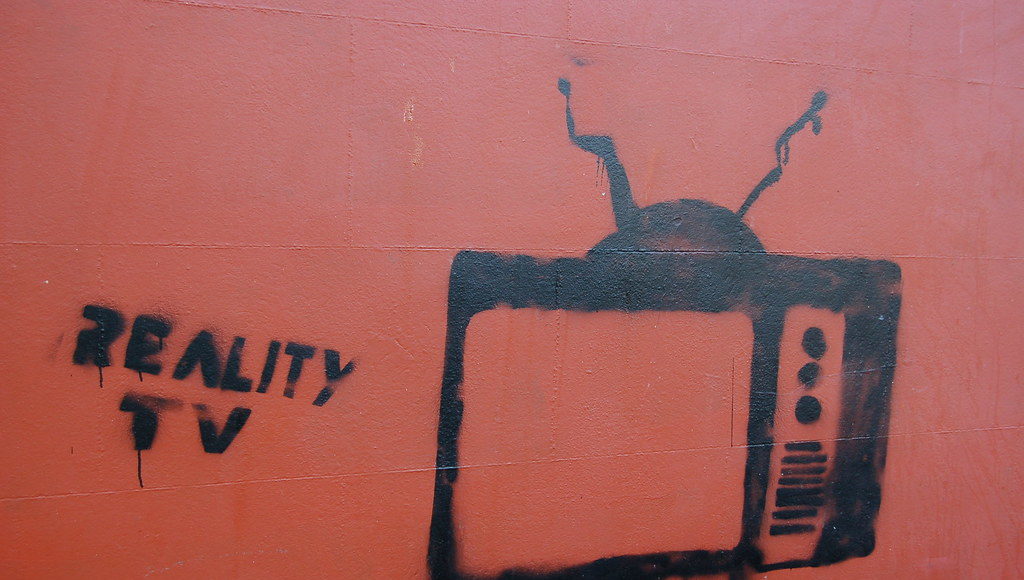 Where the Real Fake News Is

I’ve been so depressed by the real news that I’ve taken to watching the fake news – no, not the truth-tellers endlessly excoriated by Trump but a small slice of reality shows by no means representative of the genre and reflecting only my personal taste – that offer their own often bizarre view of people behaving badly if for no other reason than when they’re not, why watch at all?

Just the mention of the genre might be enough to conclude that in fact I have no taste at all, or at least lack the critical faculty to appraise reality TV shows properly, if that’s possible. Better to enjoy my guilty pleasures during a summer of reruns and keep my enthusiasms to myself. But I want to be prepared when Mark Cuban becomes the next reality show president or Barbara Corcoran jumps a handsome contestant’s bones on Shark Tank or someone tells Kevin O’Leary he’s a boor and a bully.

I don’t care about who the next Project Runway winner is, but whenever there’s an unconventional materials challenge I’m amazed to learn what can be done with stuff meant to be tossed in the recycle bin and never meant to drape a woman’s body to begin with.

And while Married at First Sight is based on a ridiculous premise – that normal people would join themselves in a legally binding contract to partners they’ve never met, chosen for them by “experts” who presumably conduct exhaustive backgrounding before introducing them at the altar – I am addicted to it.

The sight of one of of show’s stars whom I happen to know, going through the underwear drawer of a male contestant and holding up his thong with a giggle or frowning at the contents of his refrigerator (mostly red bull and beer) is enough to make me giggle, too, even as I wonder why he’d let her.

But the show is going on its ninth season by now, so I’ve given up trying to persuade any of the smart women friends the UW’s own Dr. Pepper and I have in common to give her show a try. I’ve had no luck even after describing episodes like the one when a bride was arrested at the airport as she and her new husband prepared to leave for their honeymoon, or the one with the obviously gay or at least bisexual guy who kept telling his wife he just wasn’t attracted to her while his social feed explained it differently, or even the season when a new husband fell in love with the sexologist (not Pepper, who despite Dr. Ruth’s longevity may have aged out of that role; she’s now the show’s resident sociologist as well as its only practicing academic). The romance ended that expert’s tenure on the show but led to her seemingly happy-ever-after.

Fake news? Sure. But reality shows don’t have consequences that affect anyone’s lives except the people that volunteer for them… or do they? In case you wonder why the actual news is so awful, one of the earliest shows, created by the same Mark Burnett who also gave us Survivor may be the reason why.

Jane Adams
"Jane Adams PhD was a founding editor of the Seattle Weekly. Among her twelve books is Seattle Green, a novel . She is a contributing editor at Psychology Today, and coaches parents of adult children."
Previous article
A Stunning Take Down Of Boeing
Next article
The Seattle Library That Might Have Been