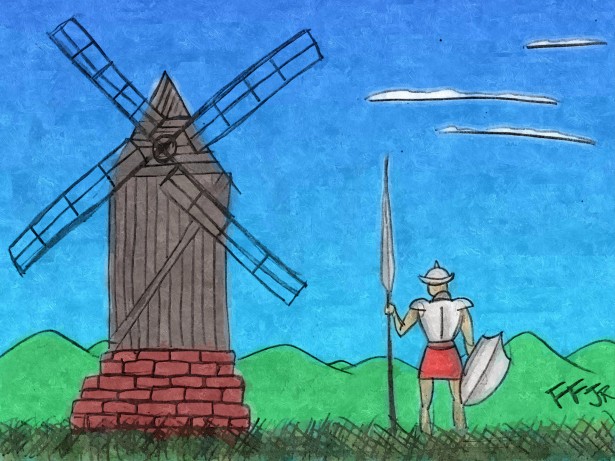 I feel a little bit “had” by the rapid-fire announcement that Gov. Jay Inslee is dropping his presidential bid and, next day, that he’s running for a third term. So, is that what this quixotic quest was all about? Are presidential campaigns by long shots really just positioning exercises and ways to build up donor lists?

Worse was the way the other candidates angling to become the next Democratic governor quickly furled their sails. That’s an indication of Inslee’s strong standing in state polls, and that the major interest groups for Democrats (unions, greens, minorities, public employees, social service agencies, tribes) remain lined up for a governor who fully embraces their positions (even if not effective enough to enact many of them). The Democratic Party in this state is now a fully mature machine of interest-group liberalism, powerful enough (thanks to the hapless Republicans) that it can dictate succession issues. Mature, if not over-ripe.

This quasi-machine would make it clear to an upstart that a challenger to J-Guv is going to read him or herself out of the party, find too few dollars, and basically slit their political throats. And so the chance to get a reinvigorated governor will have to wait four more years. Thus it was eight years ago when the power brokers cleared the field for Inslee, a reliable foot-soldier then tired of being a Congressman. Eight years before that, the apostolic succession went from Gov. Gary Locke to Attorney General Chris Gregoire. Before that, with the Mike Lowry meltdown, it was more of a scramble.

Three wild cards here. One is that Inslee shows clear signs of being tired of the state job, the usual indicators being a lusting for national positions like chairing the Democratic Governors’ Association or (of all things) a presidential race. For this reason, third terms are almost always a bad idea.

Second is the growing awareness that Inslee may be good at press conferences and at campaigning, but as the under-powered presidential campaign showed he’s really not much of a manager, except to keep happy the entrenched liberalism that has settled over the state like a November rain. It should be obvious by now that Inslee lacks administrative experience and is limited by his small cadre of advisers.

The third wild card is the sweeping anti-establishment mood in the country, which makes so-so, status-quo candidates that have been around a long time vulnerable to a fresh-voice challenger from the restive left. (I doubt the Republicans will find any kind of contender, given the fatal albatross of running with Trump heading the ticket.) I would keep an eye out for a movement minority candidate in the AOC mode such as Congresswoman Pramila Jayapal or Seattle City Councilwoman Lorena Gonzalez.

So the fix is in — maybe. Let me pose one more cynical theory. The powers-that-be may know or suspect that Inslee is going to take the best federal job offered to him (or, if Trump wins, a foundation job), so the governor’s office is soon going to be open after all. The rule of succession means the state’s lieutenant governor, now Cyrus Habib, assumes the office until the next general election, likely in 2021. Meanwhile, aspiring mainstream Democrats (AG Bob Ferguson, King County Exec Dow Constantine, Lands Commissioner Hilary Franz) must now keep in good odor with donors and supporters for the postponed gubernatorial primary. A protracted pseudo-campaign, in other words, much as we have had while Inslee has enjoyed his wonderful presidential adventure.

You have to admire the symmetry here. Inslee runs for president in order to run for governor. And then he sorta-runs for governor in order to ease the way for his successor. Ain’t democracy grand??

David Brewster
David Brewster, a founding member of Post Alley, has a long career in publishing, having founded Seattle Weekly, Sasquatch Books, and Crosscut.com. His civic ventures have been Town Hall Seattle and FolioSeattle.
Previous article
Should arts groups and nonprofits set the pace for equity?
Next article
The Inslee Distraction Behind Us, Candidates (At All Levels) Can Get On With It