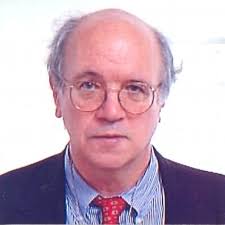 The way to beat Trump? Stay clear of extremes

The New York Times’ Tom Edsall has established himself as one of the very best political analysts in the country, consistently backing his arguments with volumes of poll data and interviews with political scientists.

In this article, like many he’s recently written, he is arguing that the Democratic left (I’d say, abetted by the media) is pushing the party far out from where the public stands—in this case, especially on immigration.

Americans overwhelmingly now favor giving a path to citizenship to undocumented persons already in the country, but also favor enhanced border security (not Trump’s wall), oppose “open borders” (decriminalizing illegal entry and abolishing ICE.) Yet only one Democratic candidate—going-nowhere Michael Bennet—opposed open borders in one debate and all in another favored full free health care coverage for the undocumented.

My view is:  this is one of the most consequential elections in American history. A Donald Trump victory (especially if combined with Republican retention of the judge-confirming Senate and reclaiming the House) would be a disaster for American democracy. Trump will claim validation of his whole agenda—right-wing judges, rich-favoring tax cuts, continual lies, endemic corruption, rule by executive decree, cruelty toward immigrants—and consider it leave (perhaps) to try to implement some of his threatened authoritarian policies: prosecution of political foes, limits on freedom of the press. If Republicans get back full control of Congress, there will be no one to put a break on him, or even provide oversight.

Another (perhaps more serious dimension): if Republicans retain their control of state governments, they can gerrymander their way to another decade of domination of Congress and states, resulting in continued suppression of Democratic-voting minorities, abortion restrictions, climate change denial, defeat of gun control etc. (Especially likely if his Supreme Court upholds putting a citizenship question on the 2020 census.) All this could happen if Democrats nominate another McGovern, Dukakis or Mondale (such as Bernie, Warren or Kamala) and establish a party identity as far-out-of-touch.

So Democrats have got to place top priority on beating Trump, keeping the House and (long shot) taking back the Senate. That involves nominating a candidate who leans left (they all do), but does not hand Trump and Republicans credible cudgels to clobber them with (“Socialist!,”Radical!”, “Open Borders”). Who? Somebody with the smarts of Nancy Pelosi, decidedly not a fan of the AOC left or of the idea of driving toward impeachment (giving Trump opportunity to claim Democrats have been trying to invalidate the 2016 election result and exoneration when the Senate acquits). I don’t know if Biden fills the bill. He lacks her smarts and facility. Nice fellow, but probably past his sell-by date. Nancy’s obviously not going to run, but she might consider using her influence to make clear the vital necessity of winning.

Personally, I think the best prospect among the candidates probably is Amy Klobuchar, who’s moderate, a woman, is a proven election-winner popular in middle-American Minnesota, is articulate and, as an ex-prosecutor,could handle Trump in debate. She’s obviously got to do better in debates, but it would also help if other candidates  with no chance of winning (Hickenlooper, Beto, eg) got out and tried to take Senate seats from the Rs. By all means, readers, go on her website and give her money! Mayor Pete, a rising star but inexperienced as just mayor of a third-tier city, might be a good running mate.

Bottom line, though, is that Democrats have to remember they re-captured the House as a result of finding attractive moderates (now members of the House New Democrat coalition chaired by WA Rep Derek Kilmer, which is larger than the leftist Progressive Caucus.) They should position themselves where the public is on immigration, health care (fix Obamacare), controls on drug prices, a war on opioids, lots of infrastructure (especially to cope with climate change), investment in clean energy,  somewhat higher taxes on the rich, jobs. Be aggressive about that agenda and especially the horrors of continued Republican rule to hold the base (rather than going far left on policy).

I think this is the essence of what Tom Edsall keeps writing, and he’s right.