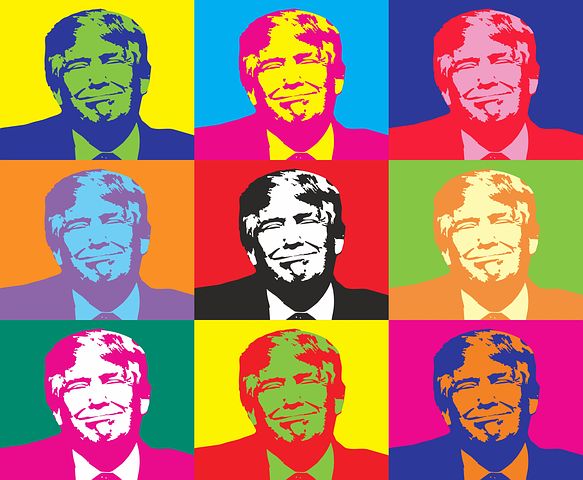 Trump’s ‘collusion trap’ and how to avoid it

Democrats and critics of President Trump have accepted a false premise that has blinded them to his actual wrong doing. By focusing on “collusion” they provided a perfect foil for Trump to bash at every opportunity. According to the Washington Post, Trump and the White House have denied collusion more than 140 times in just his first year as president.

It spurred his supporters, and main stream media, to characterize special counsel Robert Mueller’s report as primarily not finding any collusion between Donald Trump’s presidential campaign and the Russian government. When in fact, the Russians didn’t need to pursue collusion, early on they knew that Trump was the candidate they wanted as president; someone to weaken our national security both internally and internationally.

To understand how this came about, take a step back and look at the game being played. There are two players, the Russian Government and the USA Government. The goal of the game is for one of them to win more political and economic power, over as much territory as possible.

Unfortunately for Russia, the US has more chips in this game than they do. Russia is economically much weaker than the US, it’s GDP is less than one-tenth ours; and, our exports are close to 4 times greater than Russia. On the military front, while its nuclear arsenal is the same as ours, (according to the February 2019 report of the Federation of American Scientists), our military budget is seven times greater, resulting in having overall significantly more tactical weapons, like nuclear submarines. More importantly we have over 800 military installations on foreign soil in about 80 different countries; Russia has eight, seven of which are in former Soviet Republics. This all adds up to Russia having a very poor hand in this game.

But they have one built in advantage, as an authoritarian state, President Vladimir Putin can more quickly execute policies than our government Unlike Trump or any elected president, Putin faces no internal organized opposition, and as the former head of their intelligence agency, he is acutely aware of how to exploit the openness of democracies’ electoral system, which allows their voters to be swayed through indirect propaganda. He just needed to have someone leading the US that would turn a blind eye toward Russia’s efforts. He found that person in Donald J. Trump.

Looking back on the line up of 2016 presidential candidates from both parties, all of them were pretty much cut from the same cloth when it came to deal with Russia. The Republican Party had traditionally been the toughest on the Soviet Union and that attitude was being carried forward in 2016 by all of their big-name candidates. Although Mitt Romney declined not to run in that Republican primary, his statement in 2012, as a Republican presidential nominee, reflected the dominant Republican attitude when he called Russia the United States’ top geopolitical threat. The following year, in 2013, Trump brought his Miss Universe beauty pageant to Russia where he was well received by both the official Russian government and the oligarchs who support it. Afterwards, Trump bragged to Real Estate Weekly when he returned to the US that “Almost all of the oligarchs were in the room,” where he was feted with great honor.

Additionally, Putin most feared that Hillary Clinton would win the 2016 Presidential race. According to US intelligence sources, he held a grudge against her when, as Secretary of State, she said “The Russian people deserve free and fair elections. They deserve to have a democracy.” She was questioning the legitimacy of his election in their 2011 parliamentary elections. Think about it. Who would Putin rather have as president? Clinton who is basically saying he is an illegitimate ruler or Trump who made at least five attempts to build a Trump Tower in the heart of Moscow by seeking Putin’s support.

In July 2016, as a candidate, Trump tweeted, “For the record, I have ZERO investments in Russia.” We don’t know because he hasn’t released his tax returns, but assuming he is correct, it doesn’t matter. Because the money wasn’t going from Trump to Russia, it was going in the opposite direction. Putin’s attraction to Trump is not based on ideology, rather it springs from Trump sharing the same values as the oligarchs who have sustained Vladimir Putin’s regime and helped Trump’s real estate empire survive, it comes down to making money.

Due to Trump filing bankruptcy’s for casino businesses in 2004 and then later in 2009, and the housing crash of 2007, US banks were not loaning his ventures any significant funds. However, Donald Trump Jr. made the following claim at a real estate conference in New York in 2008, “Russians make up a pretty disproportionate cross-section of a lot of our assets.” He added, “we see a lot of money pouring in from Russia.”

That flow of money continued. In the spring of 2014, James Dodson, a lifelong Republican and author who co-wrote Arnold Palmer’s memoir, asked Eric Trump (Donald J. Trump’s son) how could Trump get money for his golf courses, since after the recession no banks were funding any kind of golf construction? Eric responded, ‘Well, we don’t rely on American banks. We have all the funding we need out of Russia.’

There was obviously a warm relationship between Donald Trump and the Russian oligarchs and specifically Putin. In December 2015 Putin described Trump was a “colorful and talented” person. Trump in June of 2016, said of Putin, “A guy calls me a genius, and I’m going to renounce? I’m not going to renounce him.” That was the same month that the now infamous meeting occurred in the Trump Tower in New York city on June 9, 2016. Mueller’s investigation confirmed that Trump Campaign senior representatives met with a Russian attorney who said she was participating “as part of Russia and its governments support for Mr. Trump.” They had offered to provide the Trump Campaign some documents that would hurt Clinton’s campaign. On receiving the invitation, Donald Trump Jr. responded, “If that’s what you say I love it” and he arranged the meeting.

No evidence was provided, instead the Russians wanted to talk about lifting financial sanctions on Russian officials. In hindsight, it is reasonable to see this meeting as a test of the Trump’s campaign willingness to work with the Russians. All the Russians needed was final proof that Trump would send his trusted people, such as his son, to accept Russian assistance. The Russians probably never intended to give Trump any documents, because if they had they knew that it could be leaked at some point and that would sink Trump’s campaign. In other words, they wanted to test Trump without damaging his chances of winning.

Having passed this final test, why would the Russians need to collude with Trump? They had a candidate that was welcoming their assistance. All they had to do, was to make sure that there was no direct contact with Trump or his campaign. In a way, they were acting like an independent expenditure group does in campaigns — no direction from the candidate but unlimited financial support provided for that candidate’s election. But in this case, they were a foreign power who would gain from a weakened US in their game of vying for world influence.

By getting Trump elected to President of the United States, they had someone whose goals such as isolationism matched perfectly with their own goal of undercutting Europe as a potential advisory. For instance, as a candidate he told reporters, a month after the Trump Tower meeting, he would “be looking at” whether to recognize Russia’s annexation of Crimea and lift sanctions imposed when Russia invaded the Ukrainian region in 2014. This was in direct opposition to the position of our European NATO allies.

Plus, Trump could care less about human rights. He could say he supported them, but he would never embarrass Putin, like Clinton had, by attacking his anti-democratic policies. In fact, Trump has openly expressed jealousy with the power that autocrats have to run their countries. That authoritarian attitude is reflected in his announcing significant past and current foreign policy decisions without informing our government departments in advance. And those practices create fissures in America’s democratic institutions, slowing down our ability to respond to foreign powers who interfere with our government’s operations. Like when Trump said, “I’m not going to tell Putin what to do. Why should I tell Putin what to do?” as he declined to call for Russia to stay out of the 2016 U.S. election

The Trump — Russian relationship has, for the most part, been public. I suspect that the Russians have made sure that there are no secrete written agreements to hide. If the Democrats think that they can uncover a conspiracy instead of just collusion, they are going down the wrong road. They may consider that route possible when Mueller, in his only public statement, never used the word collusion but said that there was “insufficient evidence to charge a broader conspiracy.”

Paul Butler, former prosecutor with the Department of Justice under George H.W. Bush and Bill Clinton, said in an interview on NPR’s “All Things Considered” program last year, the federal criminal code doesn’t mention collusion as a crime, but it does for conspiracy. Butler also said that the difficulty in bringing a conspiracy charge is one of proving criminal intent, the conspirator charged has to know their doing something wrong. Ironically, Trump, has been described by former employees, and authors who have interviewed him, as basically amoral. He does not adhere to any apparent code of right or wrong, other than pursuing what works for him to get what he needs. The bar is pretty high to find a smoking gun, such as catching Trump saying on some secret recording, “I know this is wrong but I’m going to do it anyway.”

The Democrats are now left with just relying on Trump’s visible actions as material to base an impeachment, not collusion or conspiracy. However, a strong case to the public can be made that his actions clearly delineate impeachable acts. There is some irony that it took a Republican Congressman Justin Amash (R-Mich.) to articulate the acts that are impeachable because they violated the public trust. The response from his solid republican district was to give him a standing ovation for standing up for our nation’s core principles. Just as importantly, Rep. Amash tweeted information that needs to get out to the public so they are not mislead by the President and his supporters:“Impeachment, which is a special form of indictment, does not even require probable cause that a crime (e.g., obstruction of justice) has been committed; it simply requires a finding that an official has engaged in careless, abusive, corrupt, or otherwise dishonorable conduct.”

This piece first appeared in Medium