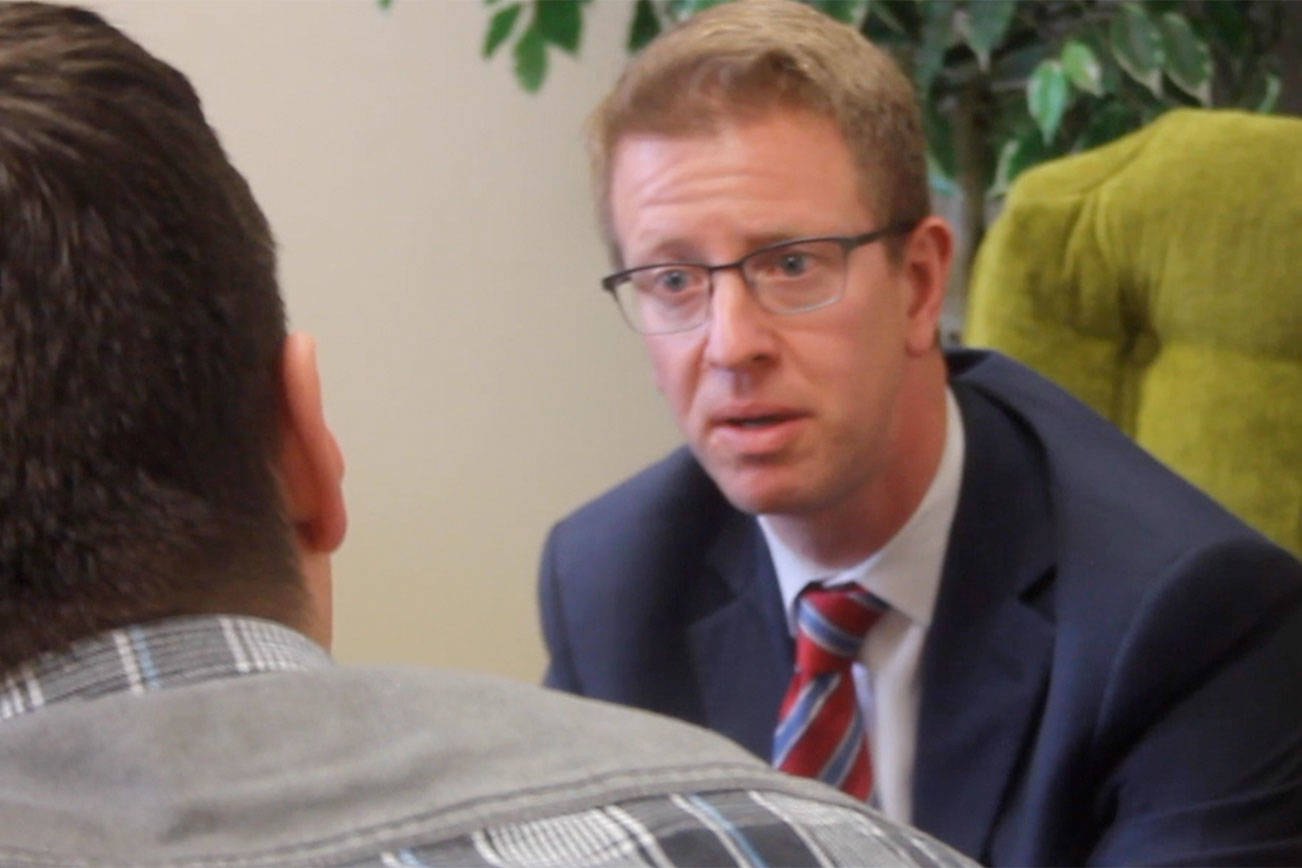 The media, perpetually mesmerized by ideologues and charisma, have virtually anointed radical leftist Rep. Alexandria Ocasio-Cortez as the future of the Democratic Party. In fact, it should focus on Washington Rep. Derek Kilmer (D-6) and the House New Democrat Coalition he chairs.

The Progressive Caucus, representing ultra-liberals, numbers 95 representatives. But New Democrats number 101, including most of the 40 newcomers who took seats away from Republicans in 2018 and 21 who won in 2016 Trump districts.

If the party wants to maintain or enlarge its majority in 2020, it needs to keep attracting independent and some Republican voters, which won’t happen if it’s identified as left-liberal, advocating unaffordable “Medicare for All,” free college for all, a guaranteed income for people who don’t work and abolition of the Immigration and Customs Enforcement agency.

And if it’s preoccupied with ethnic identity politics, as in offering reparations to African Americans to compensate them for the effects of slavery and racism.

Already, top Republicans including President Trump and House GOP leader Kevin McCarthyrepeatedly refer to “the Socialist Democratic Party.” They know that less than half of voters say they’d vote for a candidate who is a socialist (like Bernie Sanders) or is seen as one (like Elizabeth Warren).

The New Dems are hardly conservative — they backed legislation extending civil rights laws to LGBTQ persons and equal pay for women — but are proposing realistic programs on health care, climate change, worker empowerment and infrastructure that will actually better the lives of the mass of Americans — and are likely to be popular.

Instead of Sanders’s Medicare for All health plan (supported by six other presidential candidates), the New Dems are sponsoring legislation to strengthen Obamacare, undo Trump’s sabotage of it, stabilize private insurance markets and expand coverage by lowering drug and insurance costs and offering tax credits to offset premiums.

Some polls suggest a majority of voters favor Medicare for All, but others show a majority prefers to improve the current health system rather that replace it with something new. In one poll, only 13 percent favors eliminating private insurance, as Sanders proposes.

On climate change, as opposed to AOC’s Green New Deal that calls for a World War II-style mobilization to achieve zero greenhouse gas emissions in 10 years — clearly heavily government mandated — New Democrats backed HR 9, which the House  passed May 2, requiring Trump to recommit to the 2015 Paris Climate Accord and its goal of limiting world temperature increases.

Pursuant to Paris, the Obama administration set a goal of reducing U.S. greenhouse gas emissions by 28 percent by 2025.

Like dozens of other bills the House has passed this year, HR 9 has zero chance of passing the GOP Senate, leading the public to believe that nothing at all is happening on Capitol Hill.

As opposed to providing a guaranteed annual income to all Americans, the New Dems are proposing creating “a 21st Century Social Contract” that would allow part-time workers, temps and workers changing jobs access to government and employer-provided benefits and extend tax-deferred education savings plans to workers seeking job training.

The House just passed, 417-3, a New Dem-invented bill, the SECURE Act, to make it easier for workers to save for retirement — a measure that actually may make it through the Senate.

What both the New Dems and the House Democratic leadership desperately need are aggressive PR strategies to break through the media’s preoccupations with daily Trump outrages, impeachment prospects and the 2020 presidential race.

In her weekly press conferences, Speaker Nancy Pelosi regularly mentions bills the House is passing, but the questioning quickly turns to impeachment and left-right divisions in her caucus.

Pelosi also has publicly rejected socialism and has set aside AOC’s Green New Deal, but she has to make it unmistakable that, for instance, Democrats are not “the party of open borders” or “infanticide,” as Trump and other Republicans charge.

Meantime, the New Dems need to put their innovative ideas into packages as sexy as Green New Deal and Medicare for All, to contest their party’s drift to the left — attractive to the base in primaries but fatal in general elections, especially in crucial swing districts.

Pelosi seems to understand this. Having deserved the label “San Francisco liberal” as House minority leader and during her first stint as speaker from 2007 to 2011 — and having lost  63 seats the GOP 2010 landslide — she’s led this year as a relative moderate.

A problem for the moderate New Dems is that they are moderate. Or, as Kilmer himself admitted to me, their rallying cry sounds like “What do we want? Incremental change! When do we want it? As soon as it’s feasible!”

(Actually, political moderates need to find a more dynamic word than “moderate” to describe themselves, the way liberals rebranded themselves “progressive.”)

Kilmer (pictured, at right) is no AOC. Or a Bernie, Elizabeth Warren or Donald Trump — not loud, angry, or provocative enough to garner a mass Twitter following or daily cable TV coverage.

The Washington state congressman is a serious, policy-driven four-term representative with a Ph.D. from Oxford who’s visible and popular in his district across Puget Sound from Seattle (re-elected with 61% support in 2016 and 64% in 2018, though he may face a challenge from the left next year).

As co-chairman of the House Bipartisan Working Group, he ranked 38th out of 435 members for working and voting across party lines, notably to secure reforms in the Department of Veterans Affairs. (The huge Bremerton naval base is in his district.)

Likely a man with a future in the House if he wants it — some constituent fans say he could be speaker one day — he was appointed by Pelosi to co-chair the bipartisan Select Committee on the Modernization of Congress, which recently came up with a series of recommendations to make House action (and lobbyist activity) more transparent.

The New Dems also backed HR1, a massive election/campaign funding reform bill that the Senate won’t take up. Kilmer has reintroduced part of it, the Honest Ads Act, which would require disclosure of sponsors of online political ads on the same basis now covering TV ads and prohibit foreign sponsorship of online political ads.

In speeches, he’s regularly critical of Trump on policy grounds, but is supporting Pelosi’s one-step-at-a-time approach to holding the president accountable for possible crimes outlined in the Mueller report, delaying the jump to impeachment that many liberals are demanding. He says “a substantial minority” of his New Dem colleagues already favor launching an impeachment inquiry, though.

He disputes the media narrative that the Democratic Party has swung to the left. “I don’t really think the facts back that up,” he told The Washington Times, elsewhere referring to the size of the New Dem caucus. He also does not think, as many media would have it, that there’s a “civil war” under way in the party, and he’s not anxious to start one.

For one thing, he said, the party’s identity will be set by its presidential nominee. Meanwhile, he told me, “there are differences in the House on how we get there, but everyone agrees we need universal health care, job creation and action on climate change. Debate is healthy.”

That may be so, but the media are mainly covering only one side of the debate — the loud left side. The more numerous centrists need to do better getting their message out.

This article originally appeared in Real Clear Politics, where the author is a regular contributor. Mort Kondracke is a national political writer who lives on Bainbridge Island.