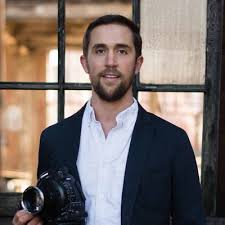 I had a note from a reader last week about an event that had been scheduled for Ballard’s Peddler Brew Pub but which was cancelled under pressure.

The idea of the event at Peddler was for people across the ideological spectrum to discuss homelessness in Seattle. One of the participants was going to be Christopher Rufo, a documentary film maker for PBS, who doesn’t buy the group-think that rules Seattle on this issue.

“I was scheduled to participate in a public discussion at Peddler Brewing about ‘Seattle Is Dying’ with representation from across the ideological spectrum. But rather than participate in the conversation, local activists bullied and threatened the owners of the brewery, who caved under pressure and canceled the event.

“This is what’s happening in our city. We’ve created an ideological monoculture that prevents the robust public debate our city needs. We have ceded the public square to bullies who want to avoid accountability for their failed policies and intimidate anyone who brings new ideas into the conversation.”

Subsequently, I did a little looking on-line and found more about and by Rufo. He had announced a run for City Council a year ago, but threats and harassment, directed against him, his wife and children, caused him to withdraw.

Early this year Rufo was featured in a pod-cast done by City Journal. It is well worth listening to (runs 15 or 20) minutes. Rufo describes Seattle policy making on homelessness as “ideologically driven.” The podcast references a longer City Journal article by Rufo titled, “Seattle Under Siege.”

So there are two issues here. One is shutting down debate that doesn’t fit with conventional views about the nature of homeless and possible solutions to its challenges. Turns out our famously tolerant Seattle isn’t at all tolerant when it comes to deviations from the left of center orthodoxy.

The second issue is the “presenting” one. What to do about a growing problem. Rufo lays out some steps that make sense to me. Incidentally, they are fairly similar to an op-ed I did for the Seattle P-I in the 90’s titled, “Zero Tolerance for Homeless.” I argued then for sufficient shelter beds for everyone who needed one, and when that existed, not allowing encampments here, there and everywhere. Since then the problems have gotten much worse.

There’s a sense in which I wonder if Seattle isn’t actually “using” the homeless, even as at least some of the homeless use Seattle.

By that I mean the issue provides a way to posture and virtue-signal, without getting around to actual problem solving. And it has spawned what Rufo and others call “the homelessness industrial complex,” agencies and programs whose budgets grow as the homeless population does. Sort of a dis-incentive to make progress!

Currently, as Rufo points out, in the Puget Sound region a billion dollars is spent annually ($80,000 per homeless person) on a problem that isn’t showing much sign of getting better.

In the article Rufo describes four approaches to homelessness in Seattle. I’ll let you read them for yourself, but for this one. One that may fit some of us in the church. This he calls “The Compassion Brigade.” For these folks compassion is the highest, indeed the only, value. The problem with this approach is that it pays attention only to inputs (food, blankets, shelter, medicine and services) but not outputs, i.e. is anyone getting better or on the path to health and greater independence. In this sense, compassion may make those who deliver  it feel good, but without actually doing good.

Rufo’s points are similar to those raised in the Eric Johnson KOMO documentary, “Seattle Is Dying,” which aired in March. It was widely attacked as right-wing “propaganda.” After some kerfuffle, it has been largely ignored.

Another angle in this has been City Attorney, Pete Holmes, and his childish vendetta against the head judge of Seattle’s Municipal Court, Ed McKenna. McKenna had the temerity to suggest Holmes policy of ignoring petty (and some not so petty) crime was contributing to the problem.

In nature a “mono-culture” isn’t a healthy environment (think those large swatches of just alder or cottonwood trees and nothing else).

Anthony B. Robinsonhttps://www.anthonybrobinson.com/
Tony is a writer, teacher, speaker and ordained minister (United Church of Christ). He served as Senior Minister of Seattle’s Plymouth Congregational Church for fourteen years. His newest book is Useful Wisdom: Letters to Young (and not so young) Ministers. He divides his time between Seattle and a cabin in Wallowa County of northeastern Oregon. If you’d like to know more or receive his regular blogs in your email, go to his site listed above to sign-up.
Previous article
High on Death
Next article
From Times to Times