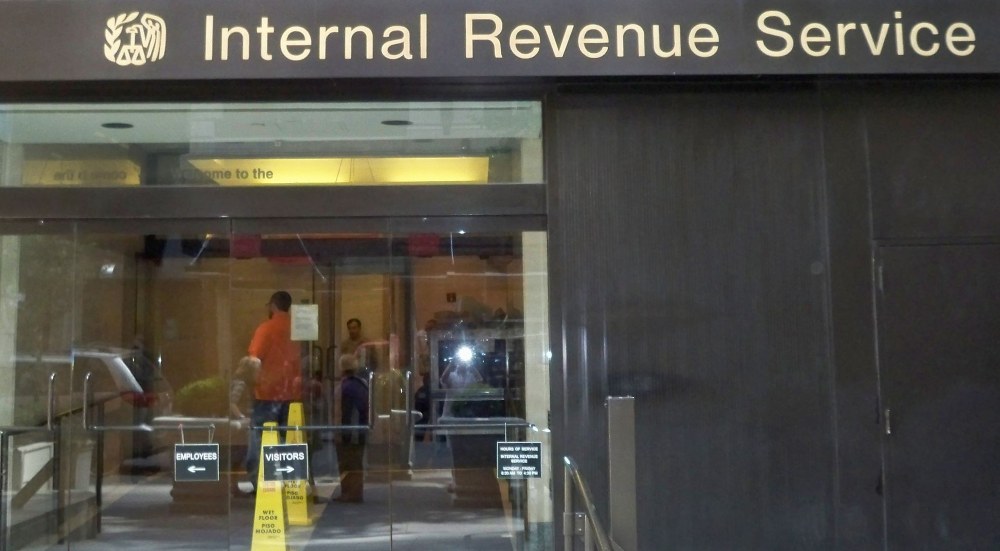 The Myth of the Republicans’ Scary IRS Enforcement Army

When the Republican-run U.S. House of Representatives, as its first legislative act, voted 221-210 to roll back $71 billion in new funding for the Internal Revenue Service, cheers came from our state’s GOP lawmaker U.S. Rep. Cathy McMorris Rodgers.

“The last thing Eastern Washington families need is to be squeezed by the IRS for every last penny, but that’s what President Biden and Democrats planned when they passed an $80 billion, 600 percent increase in the IRS budget last year,” said CMR, just named to chair the House Energy and Commerce Committee.

McMorris Rodgers is trying to be to political spin what Jeff Beck was to guitar jamming. She is, however, hitting sour notes, and playing a tune concocted to soothe the super-rich.  The legislation’s real intent is to starve resources needed to audit the nation’s wealthiest taxpayers.

The House Republicans’ bill is mostly for show. It will never make it through the Democratic-controlled Senate and would surely be vetoed if ever it made it to President Biden’s desk.  If it did somehow pass, however, the Congressional Budget Office estimates it would boost the federal deficit by at least $115 billion over the next 10 years, due to revenue not realized.

“Only this extreme Republican majority would use its first bill of the 118th Congress to embolden tax cheats and cut services for working Americans. For decades, Republicans have been cutting necessary resources from the IRS,” Rep. Suzan DelBene, D-Wash., a member of the tax-writing House Ways and Means Committee, said in a statement.

The Washington Post’s Fact Checker column gave the GOP’s legislation four Pinocchios for its falsehoods, It labeled House Speaker Kevin McCarthy’s warning of “87,000 armed IRS agents” a “Zombie falsehood.” Politifact rated Republican claims as “mostly false.”  But McCarthy boasted of a promise kept, saying: “We believe government should be to help you, not go after you.”

Help who? A Republican Congress, in 2017, pushed through a massive tax cut that swelled the federal deficit while sending the lion’s share of its benefits to upper-income taxpayers.  Rep. McMorris Rodgers was a big booster of that tax cut, Tweeting up a storm on its supposed benefits to ordinary folk in Eastern Washington.

Meanwhile, the rich have had far less to fear of being audited by the IRS. The Internal Revenue Service has seen its budget cut by 15 percent in the past decade.  It last reported 79,000 employees, down from 95,000 in Fiscal Year 2012.

Staffing at the IRS is at 1970s levels means audits are down, with the greatest decrease coming for those with annual incomes of more than $200,000.  Of the super-rich, according to the General Accounting Office, 21 percent of those reporting more than $10 million in income for 2012 were audited.  By 2019, the figure had fallen to 3.9 percent.

We’ve been treated – finally – to release of Donald Trump’s tax returns.  He paid $750 in 2017, and zero for his last year in office.  Trump claimed and wrote off huge loses.  Unlike predecessor presidents of both parties, he was not audited for two years while in office.

The absence of audits has been attributed to pressure or fear of the 45th president.  But there’s another explanation – the IRS’ shortage of people trained to take on the complex task. According to the General Accounting Office, “it takes four to five years to train a new hire to become an experienced senior or expert revenue officer.”

Ex-IRS Commissioner Charles Rettig, a Trump appointee, warned Congress last year that the agency’s workforce was due to fall further, and that it would need to “replace more than 50,000 workers lost through attrition over the next six years.”

In drafting the omnibus Inflation Reduction Act, crowning achievement of the 117th Congress, Democrats took note of an agency existing on starvation diets and the resulting impact on the federal treasury.  The nonpartisan Joint Committee on Taxation has estimated there is a $381 billion-a-year gap in what is owed to Uncle Sam and what is actually paid.

Hence, the Inflation Reduction Act moved to restore the IRS by boosting its spending by $80 billion over the next 10 years.  We’re talking about a decade.  The tax agency won’t just go out and hire 87,000 agents overnight, as Kevin McCarthy would have you believe.

Of the $80 billion, $46 billion would be spent on enforcement.  The Treasury Department has promised there will be no increase in audits of those reporting incomes of $400,000 or less.  The rich won’t be soaked – the 2017 tax cuts made sure of that – but they will hopefully be made to bathe on a regular basis.

The budgetary increase goes to other uses as well — $25 billion to operations, with $4.8 billion to be spent on modernization of customer service.  Rep. DelBene noted: “I hear from constituents regularly who cannot get through to the IRS or are having problems with their tax returns. The additional resources that Democrats enacted last year in the Inflation Reduction Act are meant to improve technology, hire more personnel to ensure corporations and wealthy individuals pay their fair share.”

Four decades ago, the Reagan Administration pushed through Congress a big tax cut predicated on the trickle down theory, that benefits bestowed on corporations and the rich would generate growth and ultimately benefit all.  Still, after touting tax-cut benefits in one nationally televised speech, President Reagan threw in a kicker:  He said we must assure that the taxes still owed get collected.

Anybody citing the Gipper’s pledge in today’s Republican House Caucus would find himself/herself labeled a RINO and vilified by Sean Hannity and Laura Ingraham on Fox News.  Cynically, McCarthy & Co. entitled their bill the Family and Small Business Taxpayer Protection Act.  Their protection racket has other beneficiaries..

A version of this article first appeared in the Northwest Progressive Institute’s Cascadia Advocate.

Joel Connelly
I worked for Seattle Post-Intelligencer from 1973 until it ceased print publication in 2009, and SeattlePI.com from 2009 to 6/30/2020. During that time, I wrote about 9 presidential races, 11 Canadian and British Columbia elections‎, four doomed WPPSS nuclear plants, six Washington wilderness battles, creation of two national Monuments (Hanford Reach and San Juan Islands), a 104 million acre Alaska Lands Act, plus the Columbia Gorge National Scenic Area.
Previous article
Pope Francis, 86, and his Big Challenge
Next article
Dry January: A Relationship with Wine