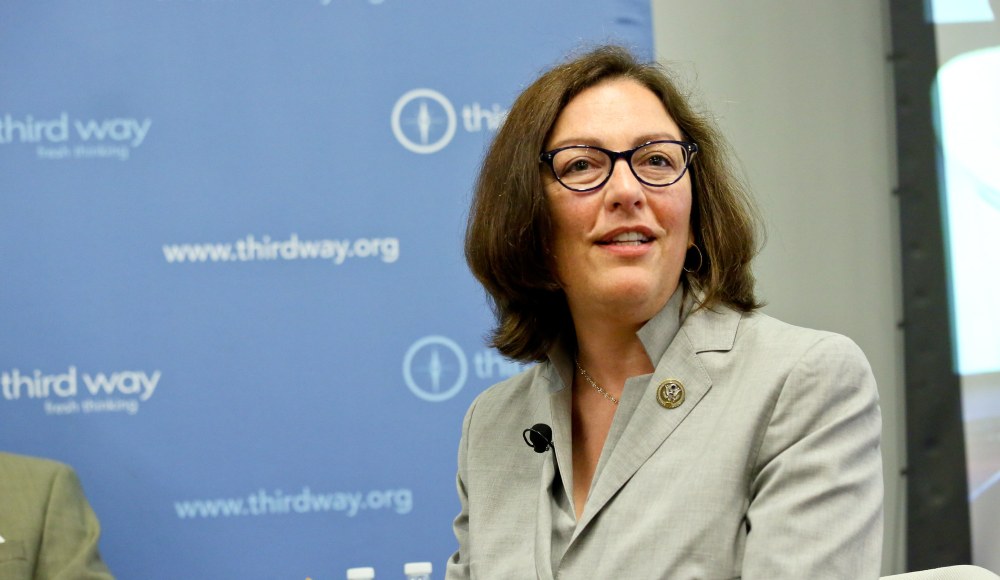 Rep. Suzan DelBene, D-Wash., a key party moderate, has been picked by incoming House Democratic Leader Hakeem Jeffries to chair the Democratic Congressional Campaign Committee, and take charge of reclaiming the Dems’ majority in the lower house of Congress.

The five-term House member, a former technology executive, captured Washington’s “swing” 1st District a decade ago and put it “out of reach” of Republicans, said Jeffries, a New York congressman, in a statement.

“I’m ready to get to work with our new leadership team and all corners of our Caucus to win back the House majority,” said DelBene.  The party did relatively well in the 2022 mid-term election, losing just nine seats in the “people’s house.”

The election did flip House control to Republicans, but narrowly:  The GOP will hold 222 seats in the new Congress, the Democrats slipping to 213 members.  Already, House Republican Leader Kevin McCarthy has stumbled as he seeks to round up enough votes to get elected Speaker, and is being forced to kowtow to ex-President Trump and his party’s far-right Freedom Caucus.

“As we temporarily relinquish the [Speaker’s] gavel, the dangerous dysfunction of the MAGA Republicans is already on display,” said Jeffries.  Of DelBene, he added: “She is the right leader, with the right experience and the right demeanor to meet this pivotal moment . . .  She is a battle-tested former Frontline member who brings to the DCCC role a sharp political instinct, proven fundraising ability, as well as serious management and operational experience inside and outside government.”

DelBene is the outgoing chair of the New Democrat Coalition.  Both she and Washington colleague Rep. Derek Kilmer have chaired the centerist group.  Another state lawmaker, Rep. Pramila Jayapal, D-Wash., has served as high-profile chair of the Congressional Progressive Caucus.

The Democrats have prospered as Washington has become an increasingly “blue” state.  DelBene captured a newly redrawn 1st District in 2012, after blowing away a champion of the Democratic left, Darcy Burner, in the primary.  Issaquah pediatrician Kim Schrier took the 8th District in 2018, a seat in Republican hands for 36 years.

The sweetest triumph came last month, when the co-owner of an auto repair business, Marie Gluesenkamp-Perez, upset Trump-backed Republican Joe Kent to flip the 3rd District in Southwest Washington.  The seat had been held for 12 years by Republican Rep. Jaime Herrera Beutler, who was toppled by Kent in the primary.

While Jayapal has become a darling of MSNBC hosts, and penned New York Times articles on her abortion and a nonbinary offspring, DelBene has risen quietly in the House.  She did heavy lifting on the House Judiciary Committee, countering a Republican effort to demonize Planned Parenthood.  She was picked for a coveted seat on the tax-writing House Ways and Means Committee.

A trio of Democratic House incumbents – Reps. Kilmer, Rick Larsen, and Adam Smith – have easily batted away challengers from the party’s far left.  Smith has also risen to power in Congress, serving on the House Intelligence Committee and chairing the House Armed Services Committee.

“Democrats are dedicated to showing Americans that governance can work,” DelBene said in accepting her campaign post.  The selection by Jeffries now must be ratified by the Democrats’ caucus.  The current DCCC chair, Rep. Sean Patrick Maloney, D-New York, lost his seat in November even as the party was making an unexpectedly strong showing.

Prior to entering politics, DelBene served as CEO and President of Nimble Technologies, a business software company.  She spent 12 years at Microsoft, rising to corporate vice president of the company’s mobile communications business.  She is also a former director of Washington’s Department of Revenue.

A top task for DelBene will be reelecting Gluesenkamp-Perez, expected to be a top Republican target in a district carried by Trump in 2016 and 2020, and which has swung heavily against Gov. Jay Inslee.  The Democrats must also defend newly elected Alaska Rep. Mary Peltola in a seat held for 49 years by the late Republican Rep. Don Young.

A top Democratic target in the Northwest will be Oregon’s 5th District, where moderate Democrat Kurt Schrader was upset in the primary by a progressive-backed challenger, who in turn lost to a Republican in the general election.