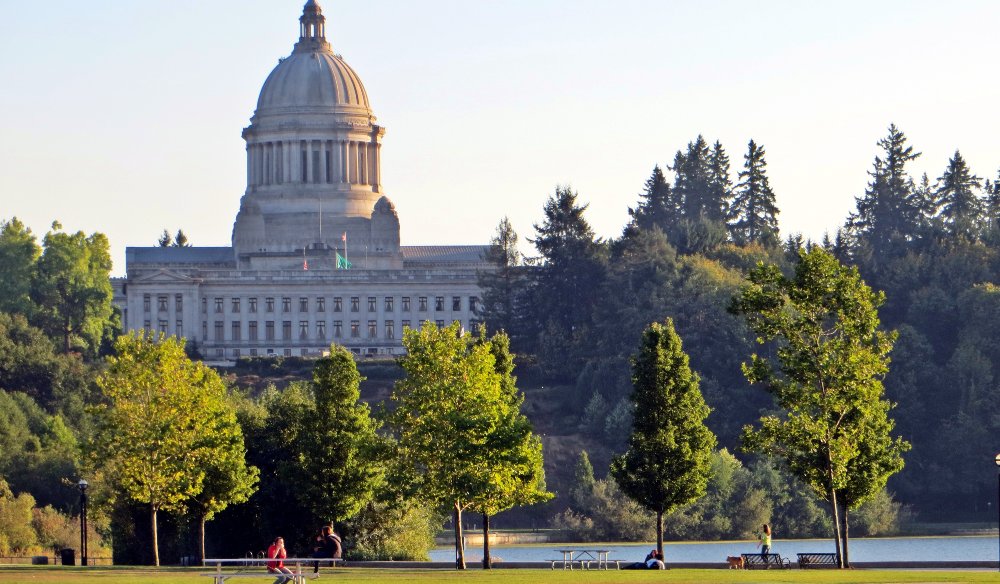 The House Democrats, who have a raft of new faces after a wave of members retired or sought higher office, chose their new committee chairs this week. The appointments, and associated reshuffling of committee responsibilities, are just the kind of inside baseball y’all enjoy. Let’s dive right in:

Beth Doglio of Olympia takes over Environment and Energy from Joe Fitzgibbon, the new majority leader. Doglio is returning to the House after losing her bid for the 10th Congressional District in 2020. It’s hard to get greener than Fitzgibbon, but Doglio was the founding executive director of Washington Conservation Voters and has worked at Climate Solutions for many years. We reached out to see what she’s got planned. Some bullets (Parenthetical commentary mine.):

The Democratic majorities in the Legislature have been pretty green in recent years, but Doglio and new Senate Environment, Energy, and Technology Chair Joe Nguyễn certainly represent at least an incremental shift further in that direction.

Perhaps the biggest committee change is the formation of a new Housing Committee, with Strom Peterson, D-Edmonds, in charge. The jurisdiction of that committee got carved out of Local Government, where current chair Gerry Pollett, D-Seattle, had been viewed¹ as a stubborn obstacle to mandating density in single-family neighborhoods. Such mandates would likely be part of a big deal on housing policy expected this year. Local Government also gets a new chair in Davina Duerr, D-Bothell.

Seattle’s Liz Berry, who represents Seattle’s 36th District,takes over Labor & Workplace Standards from the retiring Mike Sells. Berry is best known for brokering the landmark deal between the Teamsters and rideshare giants Lyft and Uber. The agreement, which requires the companies to provide certain benefits, averted a costly ballot-measure fight over statewide regulation of that business. Look for Berry’s committee to tackle other thorny issues in the gig economy, as well as more traditional labor-business fights like that nurses-vs-hospitals thing.

Speaking of that nurses-vs-hospitals fight, Marcus Riccelli of Spokane, the sponsor of that bill, takes over Health Care & Wellness. The current chair, Eileen Cody² of West Seattle, is retiring.

Readers who share my enthusiasm for the knife-fighting that goes on in the weed and gambling industries will likewise rejoice that there’s a new Weed and Gambling Committee. (Of course, they didn’t actually call it that, going with the coy fig leaf of Regulated Substances & Gaming. Whatever.) The committee is a slimmed-down version of the current Commerce and Gaming. Shelly Kloba, who’s back in the Legislature despite being drawn out of her district by the Redistricting Commission last year, returns as chair. Vancouver’s Sharon Wylie shares the gavel.

1. In fairness to Pollett, his issues on this matter are more nuanced than some of his critics will admit.

2. The Woman Who Lets Me Live With Her and I are longtime constituents of Rep. Cody. We trust Riccelli will continue her tradition of mercilessly grilling representatives of giant healthcare companies who come before the committee. Regardless of where you come down on the complex conflicts between doctors/drug companies/insurance companies/hospital conglomerates, it’s just a good time.

This article first appeared in the author’s news site, The Washington Observer.

Paul Queary
Paul Queary, a veteran AP reporter and editor, is founder of The Washington Observer, an independent newsletter on politics, government and the influence thereof in Washington State.
Previous article
Roses and Horses: Christmas in Mexico
Next article
Kiona: The Wine Score Trap and Other Industry Struggles