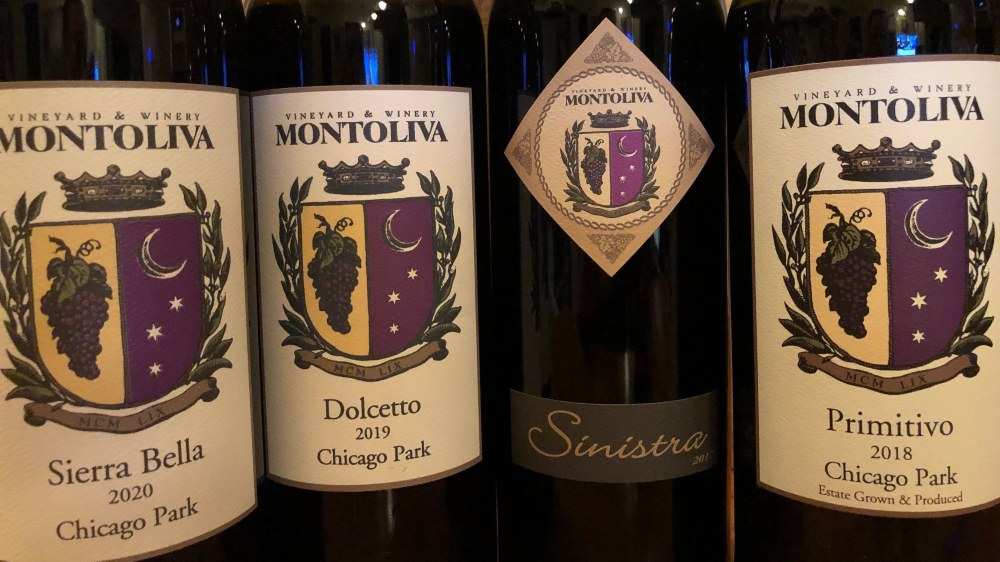 It was in the mid-1980s that the Antinori family of Tuscany began farming a 1200-acre site on Atlas Peak in Napa, California. The buzz back then was that they would feature Sangiovese, completing the circle that had brought so many Italian immigrants to the Napa Valley at the beginning of the 20th century. Rapid changes in partnerships, plans and plantings ultimately led to the establishment of their Antica winery in 1994, followed by the release of the first Antica wines in 2007 – a Cabernet Sauvignon and a Chardonnay!?! Today very little Sangiovese is grown and the project remains focused on classic Napa Valley varieties and Bordeaux blends.

In 1995 a second Antinori New World project was initiated, this time in partnership with Washington’s Ste. Michelle Wine Estates. The Col Solare winery and vineyard was perched atop Red Mountain, and if memory serves it was initially aiming to make a SuperTuscan style blend. It too has evolved almost entirely in the direction of Cabernet Sauvignon/Merlot blends, with just a bit of Syrah as well. Not an Italian varietal in sight. One wonders… if the Antinoris can’t succeed with Sangiovese in America, who can?

With rare exceptions the classic Italian varietal wines and blends such as Chianti and Barolo have not been successfully replicated or emulated here in the U.S. Nebbiolo? Other than my recent tasting of Saviah’s outstanding 2019 Dugger Creek Vineyard bottling, nothing else has come close. Sangiovese? Usually a pleasant but undistinguished generic red. Barbera? I’ve had a handful from southern Oregon that made my tongue stand at attention:  a Remotion 2018 Celestina Vineyard; a DanCin 2018 Sorella; and again a Dugger Creek 2020 Barbera from Saviah that was outstanding. But these are lonely exceptions in a landscape littered with nice tries.

One small under-the-radar winery has changed the picture for me, and convinced me that there are many more Italian grapes that can make brilliant wines in America if they are planted in the right place. And apparently that place – or at least one of them – is the Chicago Park sub-region in the western Sierra Foothills AVA.

Montoliva Vineyard & Winery is the project of grower/winemaker Mark Henry, a Northwest native who memorably admits “I have a tough time seeing myself as a winemaker… making wine is not my love. I love farming.” It’s in the vineyard, he believes, where the magic occurs.

“Making wine terrifies me to no end,” he concedes. “I don’t really understand a lot of what is happening, on a chemistry level. If things go south I don’t have the tools or knowledge to fix it. If I’ve done everything that I possibly can out in the vineyard to produce the best quality fruit I can then the best approach in the winery is to inoculate, ferment, extend maceration, press, barrel, SO2 it, and then leave it the hell alone!”

Montoliva began as a vineyard – no winery – in 2000. Two years later Henry traveled to Montalcino, home of the famous Brunello wines, where he rented the converted barn at La Crociona and “made a pest of myself for a couple of weeks.” While there winemaker Roberto Nannetti tutored him on the nuts and bolts of extended macerations, which may play an important role in the differences between ‘New World’ and ‘Old World’ wines.

Henry shares my thinking about those early attempts at “Cal-Ital” wines. “I don’t want to rag on anyone but look, all that ‘Cal-Ital’ in the late 90s was simply people thinking they were going to create the next Brunello by working with Italian varietals, but still using the approaches they were using with California Cab/Merlot/Chardonnay. All they ended up doing was creating over-priced Cab lite. You can’t work with Sangiovese or Aglianico and make anything worth drinking if you farm it to over- ripe, over-extract it, hit it with heavy oak, and then sterile filter it.”

Chicago Park is an agricultural community southeast of Grass Valley on the western slopes of the Sierra Foothills. Henry’s research convinced him that its geology was similar to Italy and the elevation (over 2000 feet) seemed to suit the Italian varieties he wanted to grow. Into the ground went small plots of Negroamaro, Aglianico, Sangiovese (four clones), Primitivo, Montepulciano, Teroldego, Aleatico and Canaiolo Nero.

A second site (Wabash Avenue Vineyard), first planted in 2015, grows Falanghina, Vermentino, Nero d’Avola, Dolcetto, Teroldego and Aglianico. That seems like a lot of virtually unknown grapes to manage, and Henry sees both plusses and minuses. “It has been a learning curve. The upside to growing varietals that nobody else does is who is going to tell you you’re doing it wrong? The downside is that there is nobody to ask when you have a question. You just have to figure it out for yourself.”

When I first tasted some samples from Montoliva I had zero knowledge of the wines, the winery, the winemaker or the vineyards. No presuppositions whatsoever. I was so utterly captivated that I asked to taste more of the entire portfolio. Vavavoom. The second series of wines were even better.

Montoliva fits neatly into the overriding mission of this website. I want to turn you on to lesser known wines, wineries and places. I want to feature small production wines that can charm and inspire, no matter how jaded your palate may be. And if they also happen to be exceptional values – as these wines certainly are – well that’s the whole package. Here’s a rundown of current releases. All are highly recommended.

A Mediterranean white wine grape, this is a deep gold, relatively light in alcohol, and uniquely flavorful, with a palate-tickling yeasty character. Pollen, beeswax and hints of honeycomb are there to greet you, leading into a subtle palate with more of those flavors around light yellow fruits. This is a consummate sipping wine, and a most interesting escape from all the usual white wine suspects. 145 cases; 12.8%; $25 (Sierra Foothills)

This southern Italian stalwart gets a good showing here. It’s sappy and rich, loaded with blueberry, blackberry and black cherry fruit. There’s just enough ripeness to put a touch of pastry on the fruit flavors, and (guessing here) some time in a bit of new wood has added a pleasing toasty popcorn note. 139 cases; 13.9%; $35 (Sierra Foothills)

Grown in Italy’s north, this is a rustic, rough and tannic grape which combines its tannins, acids and chewy black fruits in a potent package. It’s close to Tannat in flavor and style, nothing subtle here but an interesting wine that should match well with smoky barbequed meats. 139 cases; 14.1%; $35 (Sierra Foothills)

A surge of licorice runs like a rail through this potent Dolcetto. It’s loaded with ripe blackberries, brambly underbrush, and a thread of smoked tea leaves and tobacco. The tannins add grip and power to a lingering finish. This is flat out exceptional in every way. 120 cases; 13.7%; $35 (Sierra Foothills – Chicago Park)

Whether or not you conflate this with Zinfandel, it shares the same burst of raspberry fruit, light pepper, moderate tannins and juicy acids. All this without hitting super high levels of alcohol. It’s structured for aging over the rest of the decade but drinks perfectly well right now. 100 cases; 13.9%; $32 (Sierra Foothills – Chicago Park)

Here is your go-to pizza wine. Set the table with your finest checkered tablecloth and pour a fruit-laden glass of this Sangiovese/Teroldego/Barbera/Primitivo blend. The same fruit as featured in the winery’s varietal designates goes into this carafe-ready red, which brings a lush mix of strawberries, raspberries, plums and blackberries into focus. The tannins are perfectly balanced and lend some gravitas to the wine. 250 cases; 13.8%; $22 (Sierra Foothills – Chicago Park)

The blend is two thirds Teroldego and one third Barbera. The power of the fruit is almost overwhelming – a mash-up of raspberries, blueberries, blackberries and black cherries. There are strong highlights of vanilla, tobacco and chocolate, and the tannins add texture and grip. As with the entire portfolio of Montoliva wines, the potent fruit flavors are front and center. These are succulent wines to enjoy immediately, yet fresh and balanced enough to see what further cellar time brings. 125 cases; 13.9%; $35 (Sierra Foothills)

NOTE:  The wines I recommend have been tasted over many hours and days in peer groups and are selected for excellence. I have chosen to eliminate numerical scores from this website. Only recommended wines are shown, no negative reviews. My notes are posted with minimum delays and links to the winery website, so you may purchase recommended wines directly from the producer before they are sold out. I take no commission, accept no advertising, and charge no fees for wines reviewed. 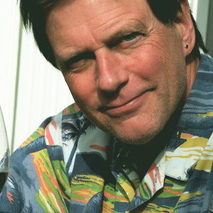 Paul Gregutt
Paul Gregutt is the best-known, full-time independent journalist covering the wines and wineries of the Pacific Northwest. Over the past 35 years, he has written thousands of wine articles and reviews for national and international newspapers, magazines and trade journals as well as an award-winning website. From 2002 to 2012 he wrote a weekly wine column for the Seattle Times. He is the author of two critically-acclaimed editions of ‘Washington Wines & Wineries – The Essential Guide’, published by the University of California Press. From 1998 untl 2022 Gregutt was the Northwest editor for Wine Enthusiast magazine, and a founding member of the magazine’s Tasting Panel. Prior to his rather surprising emergence as a wine whisperer he was on the original staff of both the Seattle Weekly and KZAM, ahead of meandering media career that included producer/writer positions at KCTS, KOMO, Watts-Silverstein and EPG Digital Media. He lives with his wife Karen and his rescue dog Cookie in Waitsburg, Washington. When not tasting and writing about wine he writes songs, plays guitar and sings in his band the DavePaul5. Follow his writing at PaulG on Wine
Previous article
The Origins of Seattle’s Love of Sports
Next article
Sad Girl Rock: Soccer Mommy’s Moody Blues at the Moore