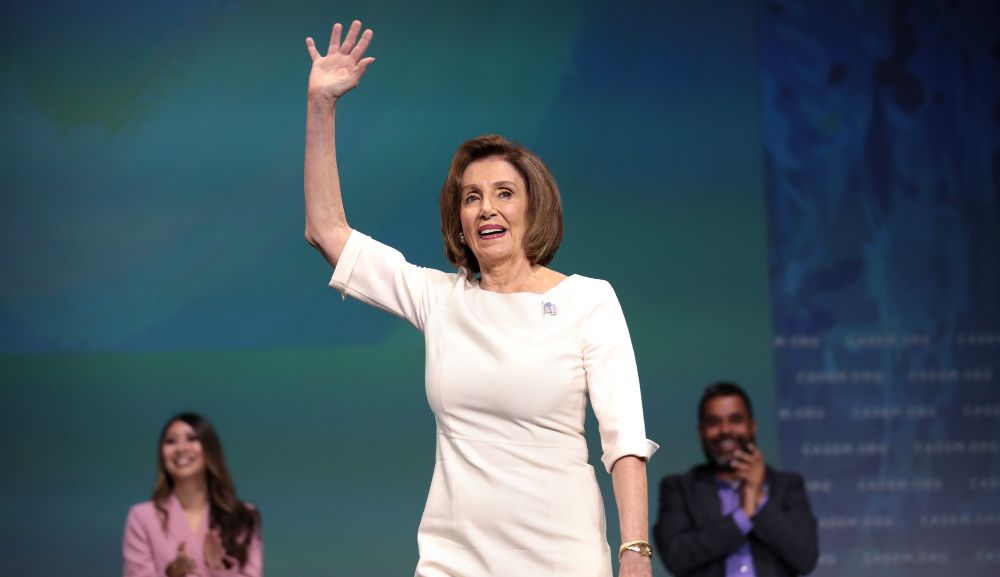 When Nancy Pelosi first came to Congress, she was one of only 23 women with a seat in the House of Representatives.

Today, as Pelosi prepares to step down as Speaker, there are 123 women in the House. We also have seen a steady increase of women serving in state legislatures and running for office at all levels.

Pelosi deserves some credit for those increases thanks to her trailblazing political career as the first woman to serve as Speaker. As Billy Jean King and others have said; “You have to see it to be it.”

On television today (and online and social media), girls can see women presidents (although not one from the United States) and women CEOs and Generals and astronauts and women in so many other leadership roles from which they once were excluded.

While acknowledging the continuing lack of gender parity in Congress and many other fields, I also want to celebrate the progress we have made and how Pelosi as a role model helped get more women to enter politics. She first broke the Congressional glass ceiling to become speaker in 2007, serving until the Democrats lost their majority in 2011. She continued to head her party as Minority Leader until the Democrats regained control and she once again became Speaker in 2019.

Susannah Wellford, the CEO and founder of Running Start, a national nonpartisan organization that trains young women to run for elected office, told me that Pelosi’s “presence in leadership helps normalize it for our participants. For many, we’ve always had a female Speaker.”

I can’t quantify Pelosi’s influence on today’s women entering politics, but Washington Rep. Liz Berry, D-Seattle, put it well when I asked her to comment: “Nancy Pelosi has no doubt inspired the next generation of women to lead.”

Linda Kramer Jenning
Linda Kramer Jenning is an independent journalist who moved to Bainbridge Island after several decades reporting from Washington, D.C. She taught journalism at Georgetown University and is former Washington editor of Glamour.
Previous article
Becoming Spokane: Spokan Gary and a Link Between Cultures
Next article
Rebuttal: The Real Reasons Tim Eyman is Shut Down