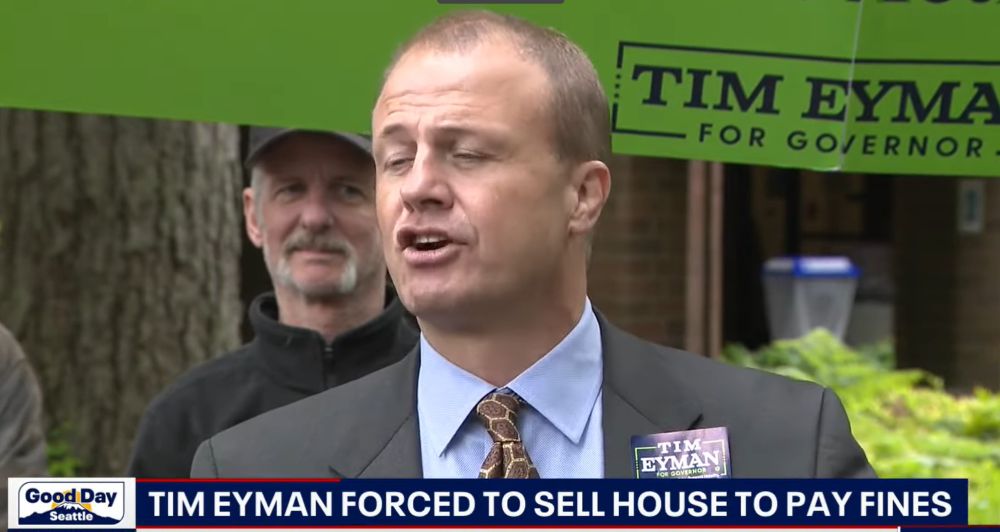 When I was at the Seattle Times, a colleague reacted to each new Tim Eyman initiative campaign by saying that he “probably needs some money to remodel his kitchen.” It was a common cynicism to say that Eyman was in it for the money.

Of course, we newspaper people were paid, as were Eyman’s enemies in state government, but such people were not said to be in it for the money. With Eyman, the charge of mercenary motives stuck and has by now effectively muzzled him. Anyone pushing to cut taxes, the cynics assumed, must be motivated by “greed.”

I knew Eyman and often talked to him on the phone. He never talked about money. He talked, eagerly and obsessively, about politics. He loved the game, the gotcha moments, the glee of political checkmate. He was certainly not humble. He laughed at those in authority. He crashed their press conferences, wearing T-shirts with bumper-sticker slogans. Once he wore a gorilla suit.

In return, officials despised him. For 20 years they have gone after him, and they have been winning. Eyman is still fighting, but it has been a losing battle.

The latest battle began in 2017, when Attorney General Bob Ferguson sued Eyman for “taking kickbacks from contractors, using campaign funds for personal expenses, redirecting donations made for one initiative to a different initiative,” all the while “enriching himself while keeping his contributors and the public at large in the dark.”

Eyman denied these accusations, but in 2021, he lost in court. Judge James Dixon, who had been appointed to Thurston County Superior Court by Gov. Christine Gregoire, imposed the punishment that Ferguson recommended. This includes $5.8 million in court costs and interest. The unpaid amount increases by 12 percent a year.

Eyman had no way to pay this. In 2018, facing an $80,000 lawyer bill, he declared bankruptcy. The state declared his other lawyer unfit to represent him, and for nine months Eyman had to represent himself pro se. Finally he was able to hire Richard Sanders, a former justice of the Washington Supreme Court. Sanders from 1995 to 2012 was the court’s libertarian but was too conservative for Western Washington and lost his seat in 2012. In November October, Sanders argued Eyman’s appeal at the state Court of Appeals.

For almost 25 years, Eyman has been running initiatives to limit taxes and other activities of government. When his initiatives were thrown out in court or modified by the Legislature, he often rewrote them and ran them again. Some won and some lost, but most of them had political effect. One of the things he learned was that no victory is permanent. “All initiatives are lobbying,” he said. To make a difference, he had to keep at it. He called his political organization, “Permanent Offense.”

The officials permanently offended were not happy with this. They went after him with the Fair Campaign Practices Act. Passed by voters in 1972, the law aimed to make political campaigns more honest by letting voters know who was funding them. Eyman didn’t hide the funders who paid for his initiative campaigns. The rap on Eyman was that he was making a living at it. This wasn’t forbidden, but no one had done it before.

Eyman’s final way to make a living was to ask donors for money. Donors wrote their checks to Eyman, not his political committee. Attorney General Ferguson responded to this by labeling Eyman himself a political committee. When Judge Dixon accepted that, it made Eyman’s personal finances subject to the Fair Campaign Practices Act rules.

Those rules say that Eyman could no longer ask for money for personal use, except to pay his lawyer. And that dilemma is where Eyman is currently stuck.

Eyman’s attorney Richard Sanders writes that his client cannot ask for money “for groceries, shelter, children’s expenses, health care, education for his kids, taxes,” or any of the $5.8 million the court says he owes the state. “Unlike any beggar holding a cardboard sign,” writes Sanders in his appellants’ brief, “if Mr. Eyman is out in public and someone offers him $20 for food, he must refuse it.” He has lost “the right to beg,” leaving him in that respect with fewer rights than a homeless person. “That is unprecedented, here or anywhere,” Sanders says.

Eyman has already lost his three-garage house in Mukilteo. He has lost his wife, Karen. If Eyman gets a job, his paycheck will be subject to garnishment to pay down the $5.8 million. He still has a web page and a cell phone, and is still fighting the ruling that makes him a one-man political committee.

The Washington Court of Appeals should reach a decision on that issue sometime this winter. That ruling, whichever way it goes, will probably be appealed. In the meantime, Eyman is left with a cell phone and a web page. He has qualified no statewide initiatives in the past three years.

To the shut-down of Tim Eyman, progressive Seattle’s response is, “Good riddance for a man who flouts the law.”

But what law? All states have campaign-finance laws, which burden the freedom to act politically. The Institute for Free Speech, a Washington, D.C., organization that pushes back against the more intrusive laws, has ranked the states on a “Free Speech Index.” The index ranks Washington third-lowest of the 50 states, above only Connecticut and New York, meaning that we have the third-harshest campaign-finance regime.

Sanders accepts Washington’s law. His complaint is that by declaring his client a one-man political committee, the state has put him in a kind of financial prison. “If you can declare an individual a political committee,” he says, “you can shut down any political activist you want.” 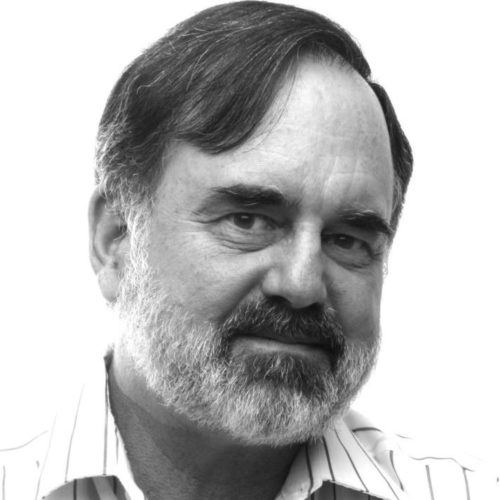 Bruce Ramsey
Bruce Ramsey was a business reporter and columnist for the Seattle Post-Intelligencer in the 1980s and 1990s and from 2000 to his retirement in 2013 was an editorial writer and columnist for the Seattle Times. He is the author of The Panic of 1893: The Untold Story of Washington State’s first Depression, and is at work on a history of Seattle in the 1930s. He lives in Seattle with his wife, Anne.
Previous article
Anybody Who was Anybody: H.L. Mencken from a Distance
Next article
And All is Revealed: Of Course Let’s Rip up the Constitution