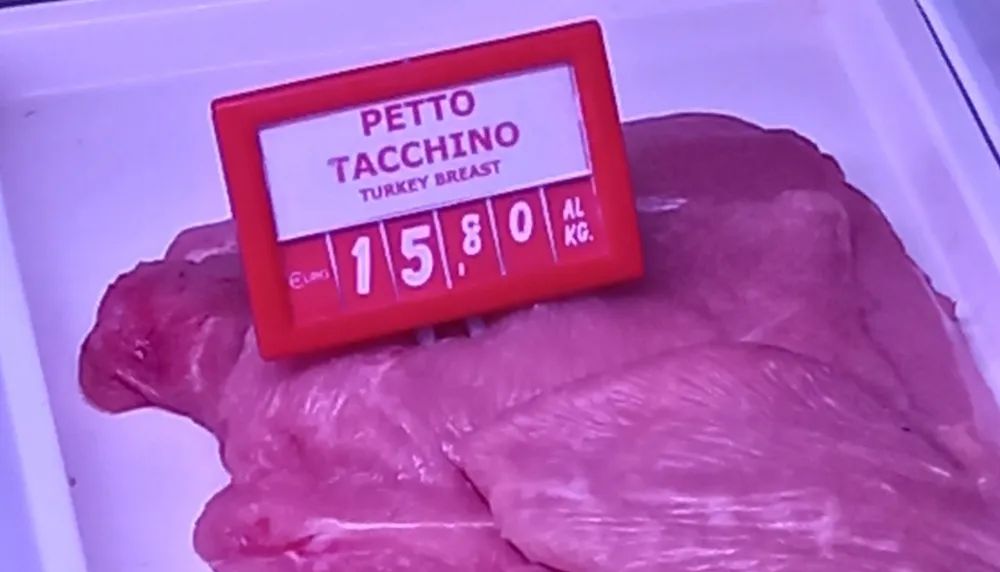 It seems that each year since we moved to Italy in 2017 the country has been stealing another American holiday.

First, they stole the American version of Christmas. Although the bells in the Italian churches still ring relentlessly for two weeks, long gone are the parades through towns with the Virgin Mary held aloft, paper money pinned to her robe. The priest at the front marches smartly, holding a cross up like the baton wielded by Robert Preston in The Music Man.

I always looked forward to those homespun spectacles. Now, it seems to be about buying stuff. Lots of stuff. Big chain stores blare classic Christmas songs, in English, as people push carts piled high with big screen TVs, air fryers, and Iron Man plastic farm sets. At least we have yet to read about fistfights breaking out in stores as soon as the doors open.

I suspect a bunch of precocious Italian kids conspired to persuade their parents to watch dubbed versions of traditional American Christmastime movies like It’s a Wonderful Life, Home Alone, Die Hard, and Love Actually. Of course, the latter was about British people, but it has those heartthrobs Liam Neeson and Keira Knightley, who seem like Americans. The real conspiratorial impetus is to snag another date for getting gifts from relatives.

Apparently, the Day of the Befana – January 5 — isn’t enough. This is the uniquely Italian feast that celebrates a witch (the Befana) going from house to house, bestowing gifts on children. It took us a while to get accustomed to a Halloween-style witch as a stand-in for the down-the-chimney man. So now the kids get TWO rounds of presents. As the legend goes, the Befana gave directions to the Magi when they got lost looking for the baby Jesus. I can just imagine that scene, with inscrutable hand motions and a stick tracing turns in the dirt.

Speaking of Halloween, that holiday now seems to be becoming an Italian tradition. I always thought it was exclusively an American holiday, harkening back to Sleepy Hollow, or was it Paul Revere’s ride? In reality, it seems to have been invented in the 1920s by rapacious department store owners in America — wholly in the tradition of New World greed. It’s true that the first colonists thought there would be gold nuggets lying on the ground for the picking. They already had their costumes with buckle shoes and black capes.

During the second half of October in Italy, Halloween decorations start popping up. Cut-out cameos of black cats, witch hats, spider webs. Creepy spider thingies. And piles of pumpkins. A few years ago, we noticed that costumes were appearing, mainly on adults. At first, I thought I was simply seeing a terrible error in make-up or an errant splotch of balsamic on faces, but bit by bit, the cats and goblins, and monsters took shape.

Maybe we should blame Michael Jackson and his ubiquitous music video. Although I have yet to see spontaneous flash-mob formations of dancing zombies, I have no doubt they are soon to come. This year we even had children come to the door – a few in costume. Instead of Trick or Treat, they scream “Dolcetto o scherzetto!!!” which sounds much more sinister. Like the car will be torched unless candy is forthcoming. So, we kept a bowl of little wrapped chocolates by the door to drop into cloth bags held out by tiny hands. Some Italians must be confused by what to give out, as I noticed one child’s bag held a box of breakfast cereal.

Easter seems to have gone the same route. Not content with celebrating divine resurrection, Italy now has bunny rabbits and eggs as part of the national décor. It’s yet another chance to give gifts to the little ones. And these modern kids are certainly quick studies when it comes to ways of getting loot.

Alas, it seems to have gotten worse in recent years. Now, by mid-November ads and posters for Black Friday crop up everywhere. Italians will find any excuse to eat big platters of food, drink copious amounts of wine, and argue ferociously about whether Mussolini was a good or a bad dictator. (Almost eight decades after his famous public hanging by the heels, Il Duce is still revered in many quarters.)

But how can a country have Black Friday without having Thanksgiving, one might ask? Italy has solved that problem. Italians recognize what Thanksgiving is, though it’s not a true holiday. The Italian name for it is Ringraziamento. Five years ago, not long after we moved here, we invited several Italian friends to our Turkey Day feast. None had ever experienced it, although several said they knew all about it from the Norman Rockwell painting.

The massive, brown-skinned turkey as a table centerpiece is to them as much of an oddity as a steaming tureen of haggis might be to Americans. After all, didn’t we fight a war of independence from the English Crown to be free from eating their so-called food?

Italians do eat turkey. It’s quite commonly found in markets. But in small pieces – breasts, thighs, thick slices – never whole. When we asked our village butcher to get us a whole turkey the first year, he politely asked if we wanted it alive or dead. We also had to specify plucked.

Thanksgiving is the one day when Americans can eat like Italians. In other words, so many dishes that you need a nap afterward to digest it all. We take that nap once a year, Italians take theirs every day. I confess I rather enjoy the idea of a midday nap – even if I haven’t gorged myself on pasta, pork cutlets, and panna cotta. The difference is the American tradition is to wolf down a plate piled high with every item on the table, whether it’s white or dark meat, savory stuffing, or the lime Jell-O salad with grapes, mini-marshmallows, and carrot shavings that Aunt Lucy always brings.

By contrast, Italians eat slowly over the course of two hours, with dishes in a precise sequence. I won’t attempt to list and describe those courses, as this article would triple in length. But the spaced-apart foods allow for gradual digestion as well as ample opportunities for loud arguments conducted simultaneously by everyone at the table. I’ve been told by an Italian friend that they aren’t really arguing, just discussing who makes the best spaghetti carbonara. Of course, after 20 minutes of passionately stated points and counterpoints, the conclusion is always nonna.

Dining by course is firmly engrained in Italian food culture. So it shouldn’t have been a surprise when an Italian guest at our turkey table flashed a look of horror when presented with a plate mounded high with everything at once. She stared at the heaping plate for some time, not knowing how to tackle it. Then we watched as she divided the food items into discrete small piles and then ate them in the proper sequence.

This year, a restaurant not far from us announced that it would offer an authentic American Thanksgiving meal. I’m skeptical after attending a Cinco de Mayo festival in a nearby town that touted Mexican food. I was curious to go since, to my knowledge, Mexico has never had any cultural influence in Italy whatsoever. I asked an Italian friend what kind of food was being served, imagining a version of tacos with Italian flatbread as shells and refried beans made from locally grown chickpeas. He replied, “You know, Mexican food. Mexican spaghetti with meatballs and Mexican pizza. Also, hamburgers.”

Mark Hinshaw
Mark Hinshaw is a retired architect and city planner who lived in Seattle for more than 40 years. For 12 years he had a regular column on architecture for The Seattle Times and later was a frequent contributor to Crosscut. He now lives in a small hill town in Italy.
Previous article
A Battle for the Soul of the American Catholic Church
Next article
In the Age of Information: Still Amusing Ourselves to Death

Buona Festa! Italy Has a Festival for Everything