University of Washington Botanic Gardens (UWBG) is joining many public gardens around the country in an effort to increase the accessibility and equity at their facilities. With programs such as the New Directions in Public Gardens speaker series, the team at the garden has set out to make their facilities more welcoming to all people.

UWBG is working to make the park a more equitable facility by making the park accessible by public transportation and easier to navigate for people with disabilities. One step: adding the indigenous names of plants to their identification signs.

While Christina Owen, the director of the UW Botanic Garden, has only been in her position since July of 2021, there have already been large changes in the focuses of the garden.  “Public green spaces are critical infrastructure to our city.” Dr. Owen said.

She says that the Washington Park garden and many botanic gardens throughout the country desire to bring forward the conversations that came out of the racial reckoning of 2020 following the police killing of George Floyd in Minneapolis. This nationwide push is partially brought on by the Inclusion, Diversity, Equity, and Accessibility Center for Public Gardens. This is a group that started at the Denver Botanic garden in partnership with the American Public Gardens Association. They provide opportunities for leaders of public gardens to learn about ways they can improve accessibility at their facilities.

The UWBG team oversees the maintenance of the plants throughout the garden, as well as the Center for Urban Horticulture. Along with maintaining the plants, they run the educational programs at the two facilities.

The Arboretum Foundation functions as a major financial support system for UWBG. It is a private non-profit organization that works as a fundraising partner with UWBG. Currently the UWBG is working to have a closer relationship with the foundation, according to Dr. Owen.

Tess Forte, the Events And Corporate Sponsorship Manager at the Washington Arboretum Foundation, has been working with the foundation for six years and is a part of the collaborative effort between the foundation and UWBG. Forte said that the push towards equity and accessibility, “started well before when people were becoming more conscious of DEI, well before George Floyd.”

“The murder of George Floyd really galvanized people to start walking the walk,” said Forte. “Many people confronted the deep-rooted racism in many of our institutions and were inspired to make changes in their own lives.”

Many tough conversations were needed to discover what was needed to truly become a public space for all, she said. By creating a space to speak freely on the issues facing communities in Seattle, she believes the new programs at the gardens could transform people’s thinking.

Even the seemingly small parts of the garden demonstrate the deep history of colonialism in the botanical world. The identification signs in front of many plants are labeled with the name given to them by white people with no reference to the names they had for years before these settlers arrived in North America.

For example, the Douglas fir is a tree native to the Pacific Northwest named after a Scottish botanist and explorer, David Douglas. Before white people arrived the tree was called čəbidac or lá:yelhp by Coast Salish people.

For guidance on what changes are necessary for the garden, Forte says it is important to go straight to the source, the marginalized communities that are affected by these often outdated practices.

The speaker series that took place from May to September of 2022 featured many groups from the Seattle-area advocating for the importance of welcoming green spaces in our community. Paulina Lopez, the executive director of Duwamish River Community Coalition, spoke on behalf of the Duwamish River Valley community which has been overlooked for decades and used as an industrial space.

In a poignant moment in her presentation, she explained that the life expectancy for people living in the Duwamish River Valley is significantly lower than that of people living just 10 miles away in Laurelhurst, where UWBG’s Center for Urban Horticulture is located.

The 13-year difference in life expectancy can be explained by the contrasting environments in those neighborhoods. “This is still a little bit unreal to me,” Lopez said, “That in a city that is full of wealth, that is full of opportunities, this disparity existed and still exists because of these inequities.” She strongly advocated for a focus on improving the conditions of Seattle’s natural spaces to improve the health and quality of life for all of Seattle’s residents.

This New Directions program aimed to raise awareness of these types of inequities and hopefully advance the conversation around more equitable access to natural spaces in Seattle. The Botanic Garden wants to use its prominence in Seattle to spread that message.

Internally, UWBG and the Arboretum Foundation have also been implementing changes that allow for a more accommodating work environment for all people. Things like increased diversity in hiring from the smallest positions to members of the foundation’s board, which is predominantly white by a large margin.

Owen said she has been focusing on establishing a culture of gratitude, integrity, and transparency within the organization. She sees this as laying the groundwork for a truly welcoming and inclusive environment as they add more people of color to their workforce.

A community survey funded in part by the state Legislature is asking members of the community if they feel the UWBG is meeting their needs. “We want to actually ask the question, are we serving our community?” Owen said. “Who is and isn’t coming to our spaces and why? What are those barriers? if we’re missing and I know we are, right, what can we do then to make sure that our spaces are more welcoming and are more inclusive?” 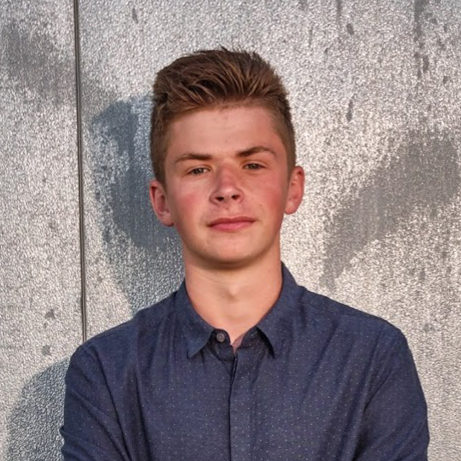 Evan Waara
Evan Waara is a junior at the University of Washington studying Journalism with a minor in data science. He currently writes in the news section for The Daily of the UW. Evan grew up in Grayland, Washington; a small town on the pacific coast where his family farms cranberries.
Previous article
Election 2022: Gen Z surges to Democratic Candidates
Next article
Why Downtown Seattle Is Still a Drug Supermarket