I read with interest the first two installments of The Seattle Times’ A1 Revisited, which looked back to reconsider the newspaper’s coverage of two significant events: the day Japanese and Japanese-Americans were sent to detention camps during World War II, and the 1970 Native American occupation of Seattle’s Ft. Lawton.

Both read less like journalism and more like apologies for the newspaper’s distant past journalistic shortcomings as measured by contemporary social and journalistic standards. I doubt whether Japanese-American descendants of the internees, Native Americans, or, for that matter, Blacks or Latinos need reminding of The Times’ shortcomings over the years.

The purpose of the reporting seems to have been an exercise in “woke” mea culpa, similar to projects by other newspapers, and to seek forgiveness for the failings of predecessors, most of whom are dead. Rather than “mea culpa,” though, this reads like “they-a culpa.”

My particular interest in these stories includes the fact that my father, Henry MacLeod, was city editor of The Seattle Times during the time of Japanese internment, and managing editor when the dispute between the City of Seattle and Native Americans over possession of the Army’s Ft. Lawton arose.

These were stories, among many others, he and I talked about after I joined The Times a year after his 1975 retirement. Looking forward, he felt there were important lessons to be learned: that newsroom staffs need to much better reflect and provide connections to the people they cover; that context — historical, political, social, economic — is critical to good reporting (and editing), and that good reporting always starts with questions, and seeks answers with open-mindedness and discipline.

Much has changed since the 1980s. The Times newsroom became one of the most racially and ethnically diverse in the country and the number of women journalists rose to nearly half, many in senior roles. Journalistically, The Times became recognized as one of the best regional newspapers in the country, frequently winning Pulitzers and the loyalty of its readers.

Which brings me to a sense of disappointment that the newsroom has expended fruitless energy on the sins of the past, with journalism that doesn’t meet Times’ standards. Here are just a couple of examples.

The first is its focus on the front pages of the two stories. In the 1942 internment example, much was made of the selection of a photo from the Japanese attack on Pearl Harbor, rather than of Japanese Americans being herded off Bainbridge Island. But the war photo was the first Americans’ had seen of an attack that turned everyone’s lives upside down. War was the story of the day. This is not to defend The Times’ coverage of the internment, or how much of the internees’ property was essentially stolen from them while they were gone.

Much has rightly been made of the difference in coverage of the Bainbridge Review, led by Walt and Milly Woodward, and that of The Times. The Bainbridge Review not only covered the day exhaustively, but the Woodwards used their weekly newspaper to maintain two-way contact with the island’s many residents during their internment.

The difference in coverage, my dad later believed, was because the Woodwards lived and worked with their Japanese American neighbors. The Times newsroom, on the other hand, was entirely white and male, and the city so racially segregated that virtually no one on the staff had daily contact with Japanese Americans. Lacking real connections, it was the war, not the treatment of fellow citizens, that dominated here and elsewhere in the country.

Especially troubling was the criticism of the coverage of the occupation of Ft. Lawton. It includes the leading statement that the coverage, “while not wholly inaccurate,” failed to provide the event’s “context and stakes.” It then goes on to say “a confluence of forces led up to the protests, a history too rich and nuanced to treat comprehensively here.”

Say what? “Not wholly inaccurate” absent evidence of any “inaccuracy” other than a lack of historic context, a context too “rich and nuanced” to include in a story 50 years later? The unrecognized irony of that is laughable.

As for one day’s failure to report the “stakes” involved, how would reporters have known? Seeing into the future is not the remit of journalism. That it has become so common today, in what some refer to as “speculative journalism,” is mostly an aversion to doing the hard work of reporting meaningfully.

The A1 Revisited coverage, focused as it was on the front page, also failed to recognize that The Times, in those days, was an afternoon newspaper. By the time subscribers got their newspapers in the evening, the “news” of the previous day was old, so afternoon newspapers looked for “second-day” coverage approaches to give readers something new. The main news story, as it was that day, often was mentioned on the front, but run on an inside page.

This problem eventually killed virtually all afternoon newspapers. The Times survived and prospered in the afternoon for many years because it came to understand that deeper reporting and context were essential. That is no less the case today in a world dominated by Internet “news” and social media.

Newspapers are often called the “first draft of history” for a reason. They report what is known at the time without benefit of hindsight or the context of subsequent events, and it’s often a messy job sorting out competing information. Do they get things wrong? Certainly, but quality, trustworthy journalism is built on the good faith efforts of professionals striving to determine the truth. Revisiting stories that were incomplete or even plain wrong can be invaluable in understanding the past, but only if the exercise illuminates context with cold hard fact. Otherwise, it’s just a performative exercise unworthy of a great newsroom.

Post Script: This commentary was first offered to The Seattle Times, which responded with a “hard no.” 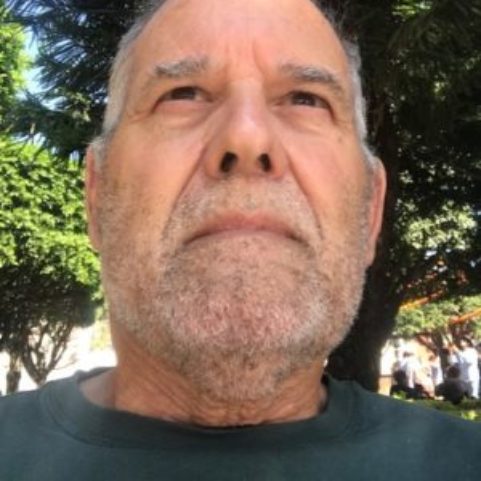 Alex MacLeod
Alex MacLeod was Managing Editor of The Times from 1986 to 2003.
Previous article
Escape Pods: The Rise of the Homeowners Associations
Next article
Where’s the Beef? Patty Murray’s Campaign Ads Omit her Significant Record

Different Times: When Walter Cronkite Told Us the News